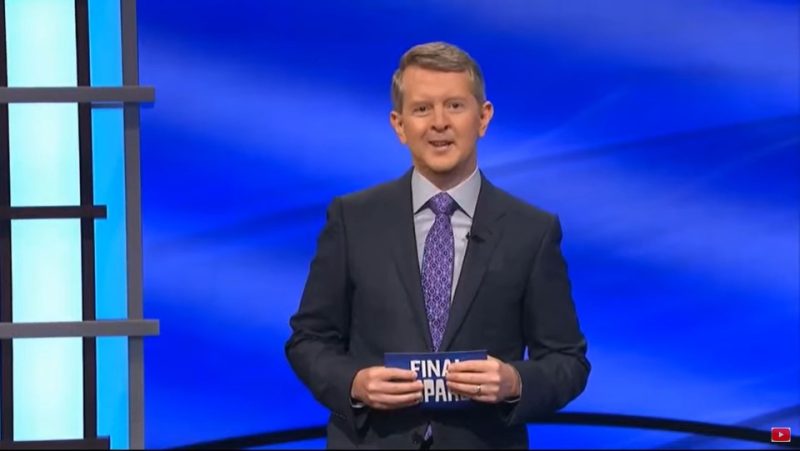 JEOPARDY! legend Matt Amodio has broken his silence after being eliminated from the Tournament of Champions in a shocking way.

Fans were left heartbroken that the 38-time winner didn’t make the finals and debated his fatal Final Jeopardy move.

The competition is in the semi-finals, which Matt directly advanced to given his icon status along with Amy Schneider and Mattea Roach.

So it was all the more surprising that Matt not only lost to Sam – who played terrifically with $33.6K total – but came in third place.

Matt tweeted: “Congratulations, Sam Buttrey, on a well-deserved victory! I enjoyed getting to spend time with you off the stage, and am content losing to a phenomenal player who also happens to be a fun, wonderful person!”

Matt added in a second tweet: “That was an amazing game of Jeopardy!, I’m proud to have been part of it! What an honor to share the stage with two brilliant human beings. Thank you.”

One fan replied: “So sad you didn’t win, but it was great seeing you on TV again! You will forever be my favorite Jeopardy contestant of all time!”

Another gushed: “You will be missed!”

Matt not only entered the tournament as one of its two winningest champs, but had the most regular season earnings of anyone with $1.5million (even more than Amy with $1.3million.)

It read: “By ferry, the distance between these 2 paired Mediterranean islands is about 40 miles from Alcudia to Ciutadella.”

Ken had even goaded Matt to bet big telling him, “I know Matt likes those map clues.”

All three got it with: “What are Majorca and Minorca?” – but Matt revealed he wagered $0 and was left in last place.

One wondered under his tweet: “I love you but why didn’t you bet it all?”

And another wrote: “My question too – why did you not bet anything?”

A third claimed: “It wouldn’t have mattered. Even if he did [bet it all], Sam would have beat him by a dollar [if correct].

Another agreed: “Matt knows how to wager.”

However, another person argued this wasn’t the time to assume your rivals would be incorrect.

“I like Matt Amodio a lot, but if you can’t bet on yourself in the Tournament of Champions, I’m not sure when you can.”

During a round titled “Celebs” Matt had simply asked host Ken in a huff: “Are we Done?”

One more surmised: “What a game! No one played poorly, no one walks away embarrassed. Just three great players in a fight throughout the whole thing.”

This year’s Tournament of Champions started airing on Monday, October 31.

It features more super-champions (or contestants who have won more than 10 games) than any year prior.

The winner of that game, Sam Buttrey and Amy will be the finalists.

Starting Monday, they will play until one of them wins three matches – which could take three days or stretch on for seven showdowns.

Regular episodes and reigning ace Cris Pannullo will return mid-November when it all concludes.

Over the summer, he and actress Mayim were officially announced as the permanent replacements for the late, great Alex Trebek.

Jeopardy!Matt Amodio revealed he was ‘content with losing’ on Twitter – he bet nothing $0 which was at best, a strategy assuming his rivals would be incorrect[/caption]

Jeopardy!Fans are loving winner Sam Buttrey, but one argued: ‘If you can’t bet on yourself in the Tournament of Champions, I’m not sure when you can’[/caption]

JeopardySam, Amy Schneider and one more player decided tonight will go to the finals[/caption]