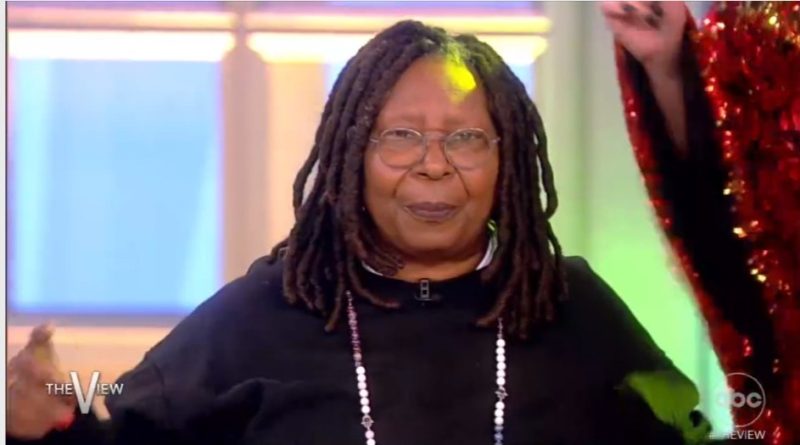 CELEBRATE with The View host, Whoopi Goldberg, as she has held a wild birthday bash, which featured drag queens and giveaways.

Before each segment commenced, the disc jokey performed his tracks on a stand that said: “Happy Birthday Whoppi!”

When the episode aired on November 10th, Whoopi explained why she was celebrating ahead of her actual birth date on November 13th.

She said: “We’re celebrating today because we usually celebrate together.

“Sunday is the actual day. We’re not working, so we’re doing it today.”

To mark the occasion, guest Emly Blunt handed over a bouquet to The View host.

As the festivities continued, Whoopi, who is about to turn 67, spoke about her “favorite things” to co-host Sara Haines, 45.

The Sister Act star showed off the beauty products from Itinera, her obsession with sneakers, and the Funko Pop collectibles.

Whoopi even offered a pair of Kizik sneakers to each audience member.

Before the end of the program, a lineup of drag queens gathered around the birthday girl.

Whoopi said to the audience: “I’m exhausted. I could sure use a break, like a vacation.

“So could you! Since vacations are also my favorite thing, you’re all going on a trip to Cancun, Mexico!”

After the audience stood up and cheered, Whoopi danced along with the drag queens from her seat and shouted: “This has been a great birthday!

“Happy Birthday to the world!”

Also during the broadcast, the ABC star announced her new career move and showed off her brand new drink, Whoopi Prosecco.

A group of dancers came out onto the set and brought a bottle of Whoopi Prosecco for each member of the panel.

Whoopi held her bottle up to the camera and said: “So how about some bubbly from my brand new line of Whoopi Prosecco?

“I love hosting gatherings with friends and family – that’s why I created Whoopi Prosecco.”

The comedian claimed the $21.99 drink is reportedly made from “organic grapes” from Asolo, Italy.

The TV star also announced she landed a role in an upcoming Western movie written and directed by Mario Van Peebles.

Deadline reported that filming recently wrapped up in Montana.

The movie centers on: “Chief (Van Peebles), a renegade cowboy putting together a multicultural team of new and old friends to ride into the dangerous unsettled territory to retrieve gold from an abandoned mine.”

The “true-to-life” role of Stagecoach Mary will be played by Whoopi, who has joined an ensemble cast that includes Cedric the Entertainer, John Carroll Lynch, Edward James Olmos, and M. Emmet Walsh.

ABCWhoopi and Sara Haines held a giveaway for the audience[/caption]