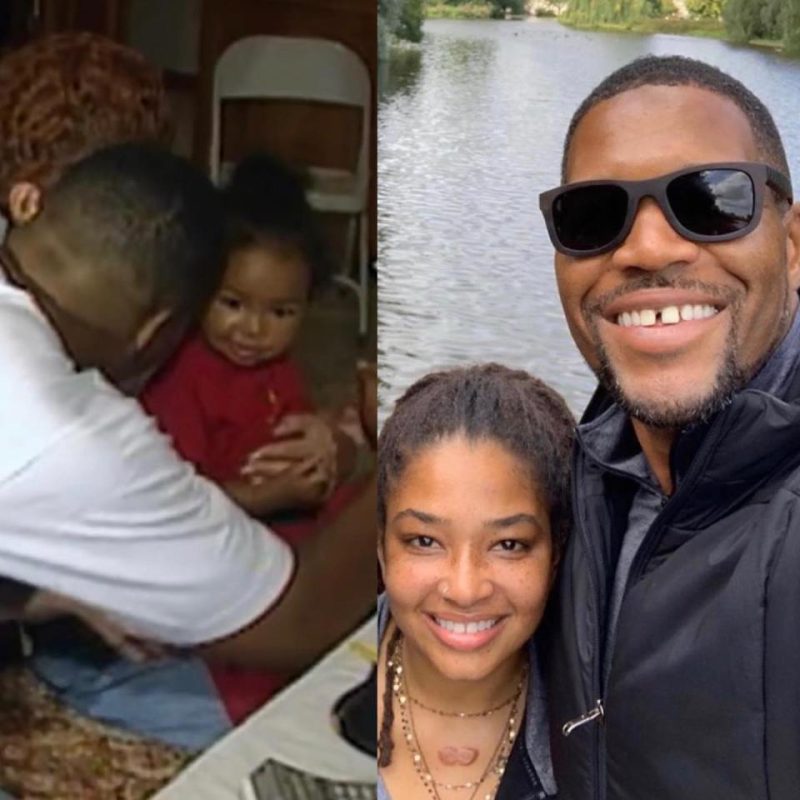 The Good Morning America host commemorated Tanita’s 31st trip around the sun in an adoring Instagram post on Thursday.

The doting dad, 50, gushed about how proud he is of his eldest childGetty

He lovingly told the world how proud he is of his eldest child and her achievements in life alongside a childhood snap.

The doting dad can be seen gazing at his newborn daughter as she grins in an adorable red romper suit.

He accompanied the nostalgic image with a recent selfie of the pair, showing off their resemblance as they both beamed at the camera.

Michael wrote in the caption: “Happy birthday to my first born @tanitaa.st.

“Please help me wish her the most amazing day. So proud of the person and artist you have become my baby. Proud to be your Dad.”

Thousands of fans and some of his TV pals joined in with the birthday wishes in the comment section.

One social media user wrote: “She is so beautiful. I know yu are very proud of her.”

Another added: “You look like a sweet, intelligent and creative person. Having a great dad helps more than you know!”


My dad says my outfit is ‘inappropriate’ but I disagree, people say don’t listen

Michael shares Tanita and his son Michael Jr, 27, with his ex-wife Wanda Hutchins.

Tanita was born in Germany before moving to Los Angeles, where she graduated from the Fashion Institute of Design and Merchandising.

The 31-year-old has since gone on to become a visual artist, specializing in colorful portraits and digital pieces.

Just a few weeks ago, Michael shared a heart-warming tribute to his twin daughters Isabella and Sophia to celebrate their 18th birthday.

The 50-year-old posted a sweet montage of photos and videos with his girls, who he shares with his former wife Jean Muggli.

Uploading the post over Halloween weekend, he wrote: “I can’t believe my babies are 18!!

“Happy birthday @isabellastrahan and @sophialstrahan! So proud of the two of you and can’t wait to party and celebrate tonight!”

He added jokingly: “Until you tell me dad it’s time for you to go home! LOL.”

It comes after fans joked that Michael had put himself in serious danger for a GMA segment.

The former footballer got up close and personal with polar bears while filming this week, to explore the effects of the climate crisis.

Twitter users quickly replied to the teaser video, as one person commented: “terrifying he will do anything just for the money shot.”

A third person said: “You’re so cute in your intro,” and a fourth fan added: “Michael is extremely likable. No more dissin’ on Michael.”

Someone else tweeted: “Yes @michaelstrahan polar bears are NO JOKE: #gma #climatechange.”