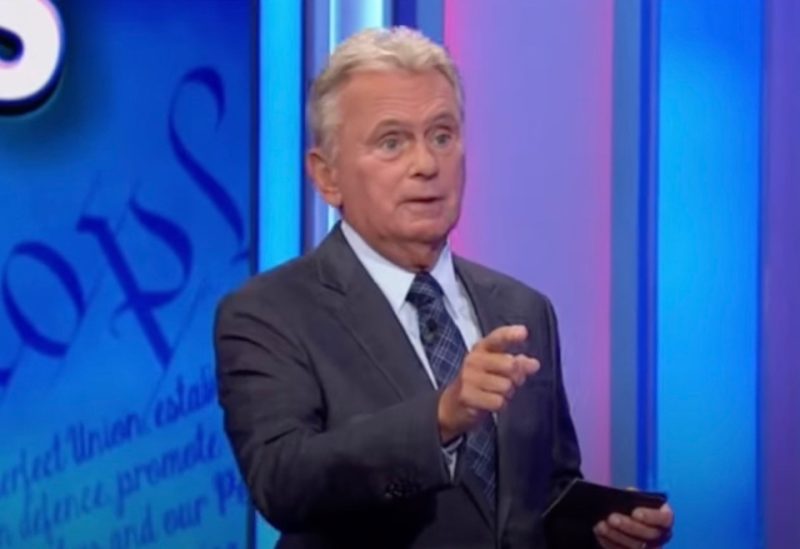 WHEEL of Fortune host Pat Sajak has mocked a contestant on Wednesday’s Veterans episode for his slightly ridiculous puzzle guess.

John’s mistake was not lost on the 75-year-old who made an odd joke about it when he lost.

The Virginia-based army veteran revealed he graduated from West Point in 1984, served “30 years with tanks” and “loved every minute of it.”

He retired as a Colonel with a Bronze Star, as he proudly told Pat.

John also said in his Q&A that he won a bodybuilding championship in 1994: “A little while ago, but not as long as when you started the show,” he joked.

John then asked Pat if he could talk about his family before the host got there on his cue cards, to which Pat fumed: “I’m running this show pal!”

John then guessed a toss-up puzzle.

He buzzed in with “Crackling Tailpipe” – the crowd broke out laughing.

The vet threw up his hands and then laid his head down on the podium, but Pat wasn’t finished with him.

Pat had to reference the peculiar puzzle guess and told Brent, who beat him as a result:

“Well, you hung in there by the skin of your crackling tailpipe.”

Fans went wild both over John’s earlier guess, and Pat’s spin on it.

“I need to go to the garage I have a crackling car pipe,” one YouTuber wrote.

“By the skin of my crackling tailpipe? Pat, you are a cheesy cornball. Geez. Lol,” accused another.

Pat is no stranger to awkward interactions with contestants – often making players feel bad instead of relating to them on-stage, win or lose.

Last month during an interview, Pat decided to mock a player named Val after she revealed her unusual wedding theme.

“… Speaking of funny things with my husband, we did a pirate sunset cruise – that’s how we got engaged,” Val shared with Pat at the time.

“So on the way back home we thought what if we had a pirate wedding?”

“But we did it! We had swords, helm wheels everything at the wedding.”

Pat then sarcastically concluded: “Good to have you here, I think.”

The tense moments between the two didn’t end there as later on in the episode Val ended up solving the final puzzle to add $40K to her total, which led Pat to call her a “show off.”

As Val celebrated he then continued: “Get out of here,” and she began to walk away unsure if he meant it given his tone so far.

“No, no, don’t actually get out of here I mean ‘get out of here’ ah never mind,” Pat veered off course, resulting in an awkward TV moment where Val didn’t know whether to stay or leave.

Last month, he slammed a player named Katie for “making up claims that weren’t true” after she confessed that she used to tell people she was related to Pat’s co-host Vanna White.

The week before, he appeared to make another contestant uncomfortable after asking her if she was married and then telling her: “You’re a fine woman.”

ABCJohn collapsed in shame after he hilariously guessed ‘crackling tailpipe’[/caption]

ABCPat then made the 30-year decorated soldier feel bad and oddly told his victor: ‘Well, you hung in there by the skin of your crackling tailpipe’[/caption]

PrevPreviousKim Kardashian can hardly keep her sweatpants from falling off her skinny frame while dancing with daughter North, 9
NextKris Jenner accused of photoshopping new pics as fans call her out for ‘editing her skin texture, eyes, lips and neck’Next