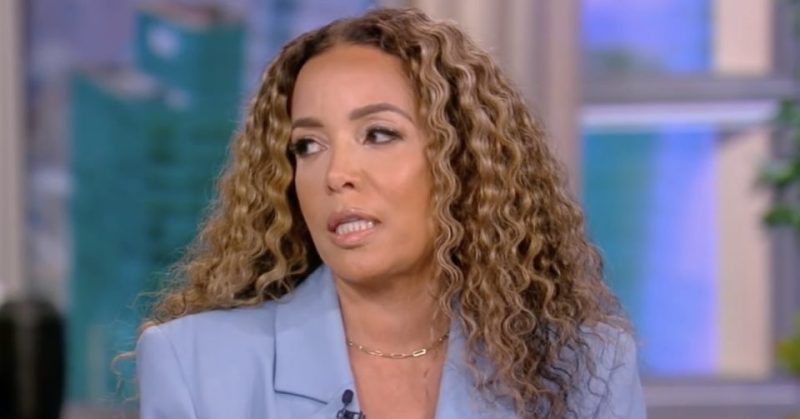 THE View host Sunny Hostin has admitted that she finds Judge Judy “rough” and a “little scary”.

Sunny, 54, made the admission on Wednesday’s episode of the popular ABC show as the panel spoke about neighbors.

As The View returned from a commercial break, Whoopi Goldberg said: “So welcome back, Robert Frost once wrote, ‘good fences make good neighbors’, yes but young Justin Bieber found out the hard way in that it takes more than that when you live next to Judge Judy.”

The panel then watched a clip of the TV star, whose real name is Judy Sheindlin, speaking about singer Justin.

“He was scared to death of me. It was a period of time before he grew up, when he was foolish and doing foolish things, and so I must have said something about it,” she revealed.

“And then I understood that he was paying the front door people to let him know when I was there, coming and going, so he wouldn’t have to bump into me!” she laughed.

As the show cut back to the studio, Joy Behar laughed and claimed: “She enjoys being feared I think!”

Joy then continued: “Well I know her, she’s been to my house for dinner. She’s really a lovely, sweet person, but on TV she’s like the Taliban, let’s face it!

Moments later when Sunny was asked if she had ever met Judge Judy, she replied: “I have and she scares me!”

“She scares you and Justin Bieber!” Joy joked as Sunny added: “I don’t think I would want a neighbour that I’m a little afraid of.”

Sunny is no stranger to airing her views on the daytime show and was branded ‘savage’ last week when she revealed she and her daughter passed up on free tickets to a mega popstar’s show.

Sunny admitted she isn’t the biggest fan of Taylor Swift who has swept the top 10 songs on the Billboard charts with her latest album, Midnights.

The View panel were discussing if there was anything they would happily move their wedding date for.

Eventually, the topic of die-hard Taylor fans came up and Sunny’s co-host Alyssa Farah Griffin, 33, admitted she is a “Swiftie.”

She admitted: “This is one of my pop culture blind spots. I’ve never heard her music or anything.”

Sunny grasped for words and continued: “I don’t have anything to really add.”

The View host then told the savage story.

Sunny began: “She offered our team free tickets to her concert, and so she’s a lovely person.

“So I asked my daughter Peloma, do you want tickets for a friend, to go to this Taylor Swift concert, and she said no.”

Then, an audience member dramatically gasped in shock at the idea of someone turning down free Taylor concert tickets.

The panel had a laugh at the fan’s intense reaction to Sunny’s distaste of Taylor’s music.

One viewer of the talk show tweeted: “Sunny and Peloma are savage.”

A second said: “Sunny’s daughter isn’t a fan of Taylor.”

Yet a third fan joked: “Yep, Sunny throwing complete shade at Taylor Swift today was on all of my Bingo cards.”