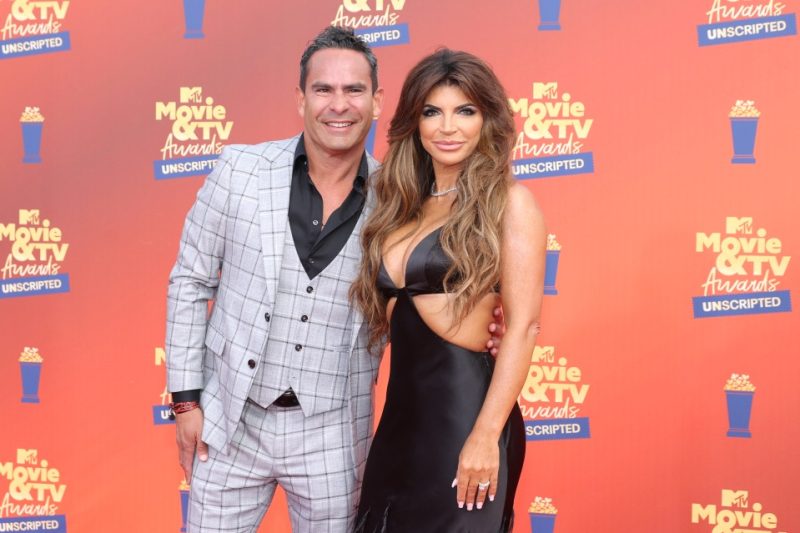 TERESA Giudice’s husband Luis Ruelas is getting some heat from his ex-wife, Marisa Dimartino Ruelas, after she has learned about her two sons filming without her permission.

Marisa told The U.S. Sun: “The previous season [of The Real Housewives of New Jersey] it was clear I didn’t want my boys on the show and my son, Louie, actually didn’t want to be on the show either, but it came to the point where he came to me and said he had to sign papers.”

The New York native went on to say that her sons had no choice but to film the show since they ended up appearing in the background of some scenes.

“My understanding is this [upcoming] season they’re both on the show,” she continued.

“I found out after the filming was done. It is what it is. He’s married to [Teresa] and my kids are going to be there.”

All we know about Luis Ruelas – Teresa Giudice’s husband

Marisa is speaking out for the first time after saying she “can’t hide from the public anymore” since her kids are in the public — something she didn’t want but can’t stop from happening, especially now that her sons are both adults and there isn’t a custody arrangement.

Nicholas resides full-time with Marisa and has occasional overnights with his father while Louie Jr. lives with Luis.

Marisa and Teresa’s family spent a night in Atlantic City together earlier this month where Marisa also hung out with RHONJ star Jennifer Aydin.

“I did it for [Louie’s] birthday. I do it for [my kids],” Marisa told The U.S. Sun. “I did make that promise in a way to my son and to my ex that, you know, once you’re married, then we’ll do that dinner.

“I just didn’t want to get myself close to someone and wanted it to be a short thing.”

Marisa, who is a housewives fan and has been watching RHONJ since the first season, said she’s met Teresa only a few times — in the beginning of her relationship with Luis and once this summer while picking up her son.

“I was very comfortable meeting her,” Marisa said. “She doesn’t seem like to me she is on the show. She’s very nice and she’s very old school like myself.

“We’re also being careful, I guess. I don’t see her fighting or a reason for her to have a temper around me.”

Despite the occasional meetups, Luis’ ex says they’re not doing dinners every week nor are they spending holidays together.

“I didn’t want to [meet for dinner] where my ex’s family is there,” she said. “That doesn’t exist for me anymore. Just his immediate family, that’s it.”

When it comes to Luis and Teresa’s relationship, she wishes them all the best and understands why they’re a good match.

“I think that the two of them have the same energy. They’re on the go,” she said.

“I do wish them a happy marriage. That’s gotta be a really hard lifestyle to be in. A lot of people don’t make it, regardless, but maybe they will. They’re very similar in that respect.”

He initially filed, but then backed out of it so Marisa filed.

Their divorce was officially finalized in 2013.

Marisa says their troubles happened after the children were born and after Luis was “financially getting better.”

“Things just fell apart and he went on his own. I can’t really say why [we got divorced]. I didn’t see it happening. I never thought I would be [divorced] and it was very out of nowhere,” she explained.

“But I would have to say a lot of it has to do with him wanting to make a lot of money and be out there and climb that later. I don’t want to say I was holding him back, but I remained the same.

“I was taking care of the kids. When he was moving forward, I was still doing the same things. I guess [he was] wanting to travel more and create more business opportunities and he did — look at him, he’s on TV.”

As far as whether Luis has changed over the years, Marisa said he was “always very ambitious” and always a “hard worker.”

She added that things have “gotten easier” between them since the kids are older and she can communicate to her kids directly.

However, they have “limited” communication and simply co-parent.

“I see those things,” she said when asked about Luis’ background and lawsuits brought up on the show. “They surprise me as they surprise everybody else. He doesn’t tell me those details.”

Teresa and Luis got married in August 2022 in East Brunswick, NJ.

Their wedding will air in a TV special separate from season 13 of RHONJ, which will premiere in early 2023.