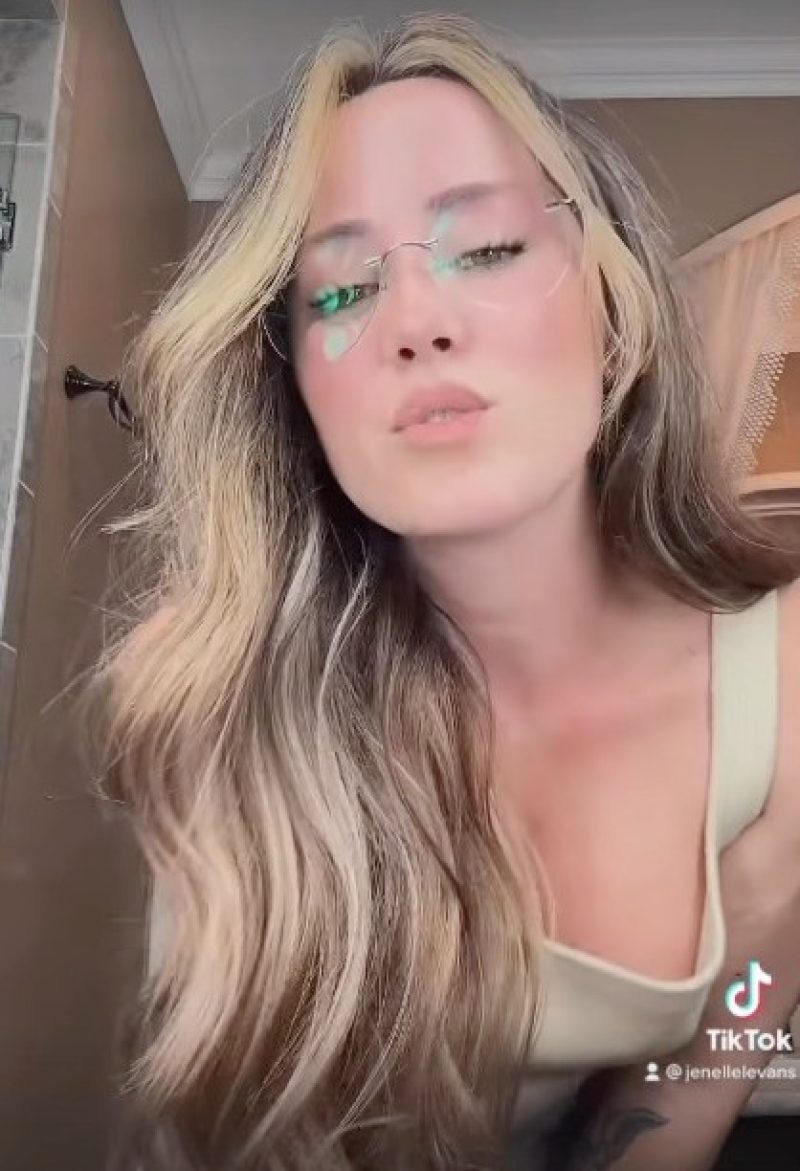 JENELLE Evans has shared a sultry new video of her figure while wearing a tiny tank top and men’s boxer briefs on TikTok.

The Teen Mom 2 star has frequently shared sexy photos and videos on her social media since starting her OnlyFans account.

Now Jenelle, 30, has posted a new racy video to her stories while debuting a brand new hairstyle.

The reality star filmed herself walking through her house while mouthing the words to a trending TikTok sound: “I’m sorry I just need one minute to make sure I look good.”

The TV personality then set down the camera to show fans her entire outfit, as she continued to lipsync: “Do you think I look good Mr. Armstrong?”

Jenelle showed off her figure in a tiny yellow tank top that flaunted her cleavage and skintight men’s boxer briefs as she flirted with the camera.

The mother of three went makeup-free but had her long hair highlighted blonde and curled into waves.

The Teen Mom star finished off the look with glasses as she smiled at fans in the short clip.

Jenelle’s sexy post followed her scaring off subscribers with an NSFW photo dump.

On her Instagram story, Jenelle announced that she would be posting new photos on OnlyFans earlier this month.

The pics dropped Halloween night, and they were extremely on-theme and creepy.

The furry and white mask had scary details on the mouth, nose, and eyes that glowed in neon colors.

The announcement was paired with a clip from the song “This is Halloween” and a spiderweb background.

Fans and critics on Reddit had a lot to say about her decision to be a sexy undead neon bunny.

One person said: “Marked as NSFW because as my son says, this is nightmare fuel.”

Another said: “Photo dump sounds the opposite of something sexy.”

Someone else said: “As long as the mask stays on, what more in life could l ask for.”

Someone said: “She should be taking those poor children of hers trick or treating.”

A Reddit user said: “I accidentally saw her TikTok video on this outfit. I hate that for me.”

Jenelle has a habit of teasing her OnlyFans on her Instagram stories.

She started on the site in May of 2022 when her subscription was $20 a month.

Her page quickly raised in popularity until she landed in the top 1.3% of all OnlyFans content creators.

Earlier in October, Jenelle stripped down to a teeny tiny green bikini for a dip in the hot tub.

The reality star took to her Instagram profile to post the snaps of her relaxing in the water.

The TV personality showed off her figure in a tiny green swimsuit with flower detail.

Jenelle gave the camera a soft smile as she flaunted her long brunette locks.

The mother of three captioned her post: “The view is better with me in it.”

Fans flooded the comments section with their praises and support.