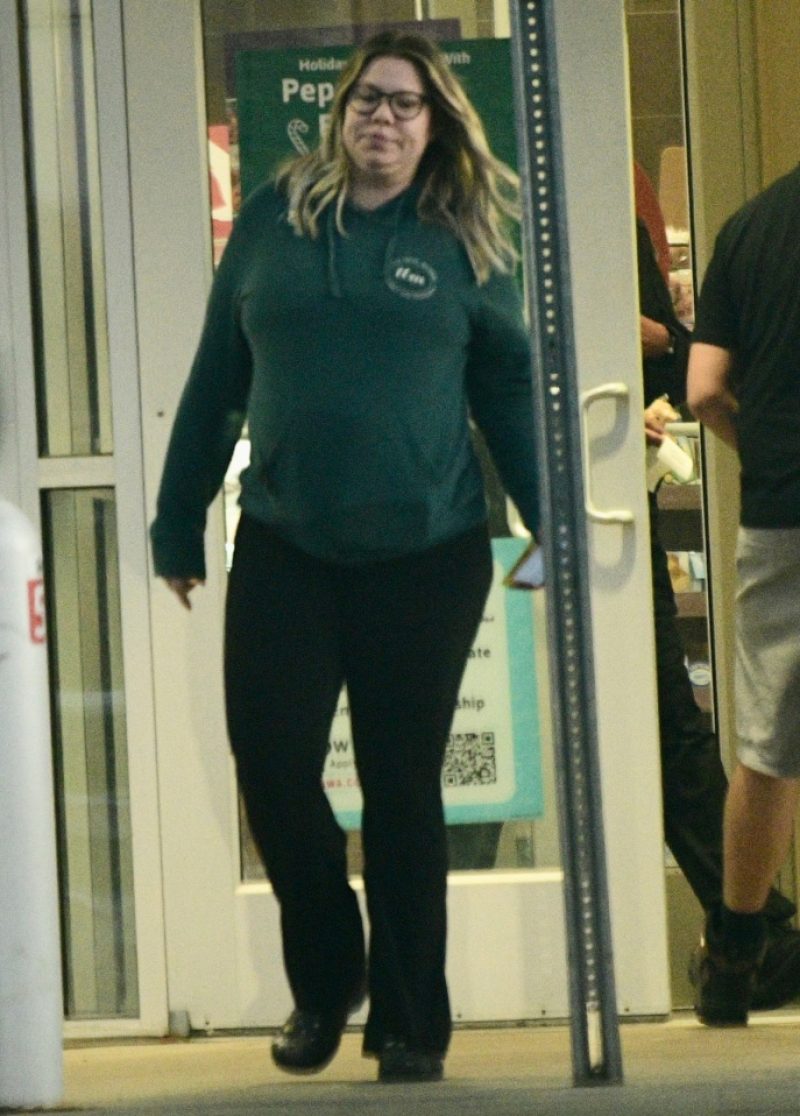 KAILYN Lowry has convinced fans that she’s pregnant with her fifth child after new photos emerged while on an outing to Wawa.

Now fans are convinced that Kailyn, 30, is pregnant with her fifth child after new photos emerged.

The reality star was pictured earlier this week leaving a Wawa gas station with her son Lux, five.

The TV personality rubbed what appeared to be a growing baby bump as she ran into the store for a few items.

Fans believe the images were the final proof necessary to confirm that the MTV star will soon welcome her fifth child.

“Kailyn spotted out! Looks like a bump to me,” one wrote on Reddit alongside screenshots of the pictures.

A third remarked: “She’s definitely pregnant anyone trying to pretend like she isn’t is just fooling themselves.”

“…she literally is ready to pop, she said a few weeks ago she was getting her tubes tied ‘next month’ and likely very deliberately left out that it’s because that’s when she’s due to give birth,” a fourth noted.

“She’s trying to be like a Kardasian and keeping her pregnancy to herself. She’s a clown,” a fifth trolled.

“She has that pregnancy face she had with all her kids!” a final claimed.

But Kailyn has denied pregnancy rumors in recent months, as fans have speculated the podcast host is expecting a child with her new boyfriend Elijah Scott.

Earlier this week, the U.S. Sun revealed exclusive photos that showed the Teen Mom alum with what appeared to be a growing bump.

The podcast host was spotted making a late-night Wawa run with her son Lux on Tuesday night in Delaware.

The apparent baby bump was noticeable under her hoodie.

In the pictures, Kailyn wore a baggy graphic tee shirt with black leggings, as she covered her stomach with the oversized top.

In September, The U.S. Sun obtained more unedited images of the star with an apparent bump leaving the same Wawa convenience store in Delaware.

Kailyn wore a tee shirt and black pants at the time.