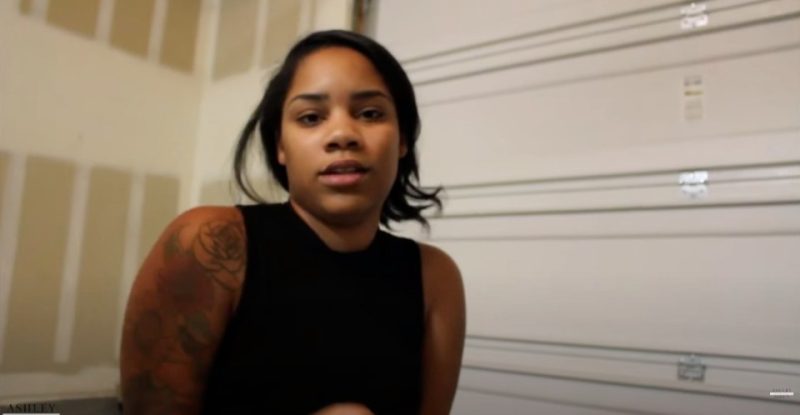 TEEN Mom star Ashley Jones has shared an adorable video of her daughter Holly helping her make a gingerbread decorations ahead of Christmas.

The 11-minute video began with the reality TV star chatting to the camera as she sat in her car before going into a store to buy some essentials for her DIY decorations.

As she addressed her fans, Ashley said: “It is officially November which means it is my favourite time of year: the holiday season.

“Technically, for me, that starts in October, but you know we’re getting into the Christmas spirit now.

“I do want to go a little extra for Christmas this year because typically we always move in like November, early December so I never really have a chance to like go all out for the holidays like I really, really want to,” Ashley continued.

“This year we are not moving so I’m gonna go ahead and decorate the way that I’ve always wanted to. This year’s theme I’ve picked out to be gingerbread, like a gingerbread house, like what you would see walking in a candy forest.

“I dunno, I’m using my imagination here, parts of my imagination that I haven’t used since I was Holly’s age but yeah, it’s time to get started,” she explained.

Ashley then went into the store and purchased some items and explained to her followers exactly what she was buying and why.

Later on in the video, Ashley was joined by her five-year-old daughter Holly as she got creative in the garage as her husband Bar Smith filmed them.

Ashley’s fans loved the video and were full of praise for the reality TV star as they commented on it.

“That is so creative, i hope you share the final outcome for us, i just know it’s going to look spectacular!” one person said.

Another wrote: “Ashley you are amazing. Where do you find the time to be so productive keep doing you and you’ll always be blessed.”

A third person posted: “I love it! DIY here I come. You guys are AWESOME!”

Last weekend, Ashley appeared to give a heartbreaking update on her pregnancy when she shared a TikTok video of herself dancing with Bar.

Ashley, who wore a black crop top and high-waisted pants in the clip, captioned it: “He hate this filter.”

One fan wrote in the comments: “I’m confused didn’t they say she was pregnant??”

Ashley replied: “I know you guys are wondering but I’m not in a space to disclose that.”

She added, “I’m still processing,” with a love heart emoji and concluded: “Thank you for being concerned.”

The MTV star did not reveal whether she had lost her baby.

Fans shared their concern, with one posting: “I’m so sorry for any loss you may have had.”

Another added: “Praying for you. You’re an amazing strong woman keep shining.”

Ashley revealed in September that she was pregnant with her second child, after her nemesis Briana DeJesus hinted she was expecting.

Briana alluded that Ashley was pregnant after they reportedly got into a physical fight while filming Teen Mom: Family Reunion.

She wrote on her Instagram Stories after the alleged brawl: “I was going to keep this under wraps because that is a part of the NDA we all signed and also bc I am going to press charges.

“I tried to spare u extra grief knowing that ur pregnant now but I am going to stand by what is right.”

Ashely then confirmed she was pregnant, writing on her own Stories: “And as for me being pregnant, yes I am thank you.”