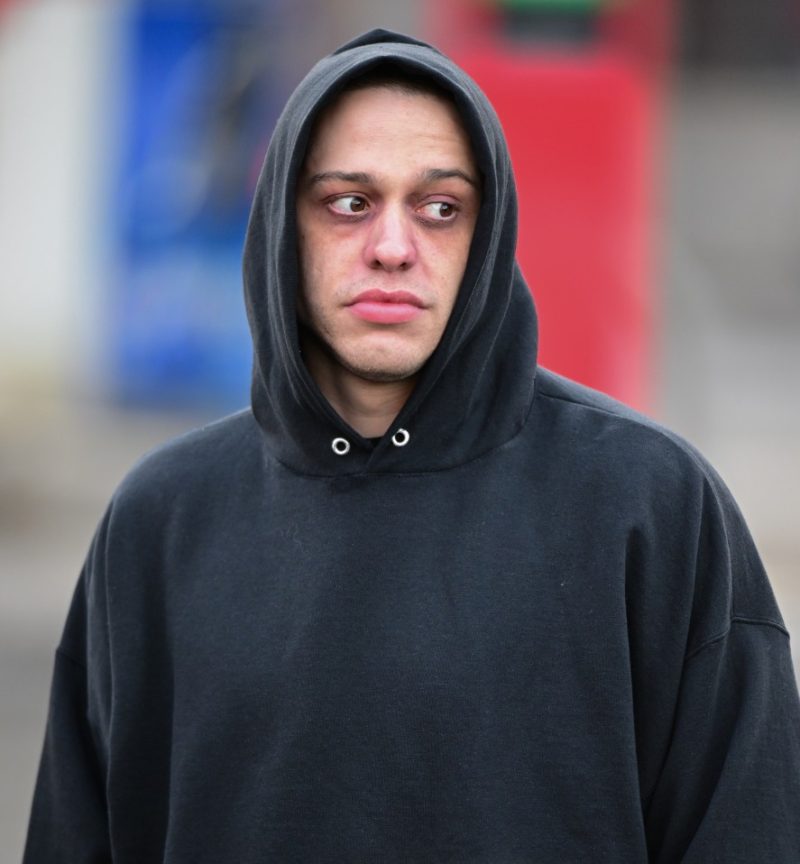 PETE Davidson’s dream of turning an old Staten Island ferry into a comedy club will “cost millions of dollars and will take years to complete,” from boat refurbishing to pricey docking.

One source with intimate knowledge of Pete and his fellow investors’ ferry venture exclusively told The U.S. Sun that on top of the years it will take to get the vessel ready for guests and events, it’s also going to be massively expensive.

Kevin J. Walsh/ Forgotten-NYAn insider with intimate knowledge claimed from retrofitting the boat to docking it will cost a fortune[/caption]

Pete, Colin Jost and other investors dropped $280,000 on the decommissioned ferry during an auction in back in January.

“This an extremely expensive undertaking, from refurbishing the vessel to finding a mooring, they are looking at several million dollars that will need to be sunk into the project- easily,” the insider projected.

“First off, every ferry built before 1965 had asbestos, so you have to mitigate any dangers there.”

As far as the reports of the ship possibly being infested with roaches, the source said that should be the least of the issues the project faces.

“As far as roaches, you have a passenger ferry where people throw trash under the seats and even with the best of extermination services it’s hard to stay ahead of that, but now that the ferry is no longer in service, the vermin should get cleaned up pretty easily with a good exterminator.”

While cleaning up the infestation shouldn’t be difficult, keeping the unwanted passengers from returning will be an ongoing battle once the docked ship welcomes guests again.

“Keeping them at bay once the food and passengers are reintroduced is going to be an ongoing battle on the ship,” the insider cautioned.

The structural work will take up a lion’s share overall price tag.

“It needs to be pulled out of the water, cleaned, dry docked and painted. There has to be a way to drain the wastewater and the toilets.”

“What you need for the boat to meet the Americans with Disabilities Act requirements will be another major expense. The boat will need things like escalators or an elevator.”

“They are going to need to retrofit the whole inside of the vessel, including the kitchen and then making the bathrooms something that people actually want to use, is another massive undertaking.”

Once the investors finally have the ship ready for guests, the docking will eat into the budget.

“If they end up wanting to go anywhere along the New York City waterfront, and especially in an area like Manhattan, docking the ferry is going to be astronomically expensive.”

According to the New York Post Jost cracked jokes last month about just how much money they’ve sunk into the ferry.

“Financially, it’s going great — we are printing money,” Jost cracked. “It is our own money, it’s ‘Ferry Bucks,’ but we are printing it desperately hoping that a dock will take it for payment.”

The insider added the entire process of getting the boat ready, should easily take several years.

The Waterfront Alliance previously exclusively told The U.S. Sun that if the ship is ready for guests in five years- even that long would be incredibly fast considering the bureaucratic red tape the investors are facing.

The comics who made the investment with Stand comedy club co-owner Paul Italia, face serious logistical hurdles as well as bureaucratic red tape before their dream boat can be realized, as Cortney Worrell, president and CEO of the Waterfront Alliance explained.

“There is the issue of finding the space, which is number one and then the other part is getting the permits.”

Cortney elaborated: “The major challenge with finding a place for a very large boat is that the New York Harbor and the waterfront is extremely congested with not only boats that go in and out all the time, but the limited space that makes up what New York City in terms of its dense and compact urban life is exactly what’s on the waterfront too.

“Finding a large home for a very large ship is literally like building a skyscraper,” Cortney added while explaining the infrastructure of mooring such a massive vessel will almost certainly necessitate building a slip to accommodate it.

“How much construction is needed and how much of a change to the land where this is attached to has to be taken into account in order to accommodate ADA accessibility.”

Then there is also the matter of ecological issues and passing standards for development if the ship is moored exclusively in one location.

“Anything that casts a permanent shadow over the water really affects the bottom aquatic life. And so there’s an environmental hurdle that really has to be overcome that could be quite large, in addition to everything else,” the team is facing the head of the Waterfront Alliance explained.

When asked for an estimated timeline for the project, the head of the Waterfront Alliance said: “Five years would be an optimistic goal,” adding “It’s really cool stuff. I don’t want to be negative. It’s striking this balance between being encouraging and realistic, and we will be thrilled when it opens.”

A BID ON A BROKEN BOAT

Back in January, a team of investors won a bid on the decommissioned ferry.

The boat- famously known as the John F. Kennedy double-ended NYC Staten Island Ferry- was built in Texas in 1965 and used to hold 5,200 people.

Both Pete and Colin have history with the Staten Island ferry.

While Colin rode the ferry during his daily commute to high school, the King of Staten Island star rode the boat to attend gigs in Manhattan.

There is said to be is no timeline for when the renovations will be complete and the venue will open.

City of New YorkThe source noted that the bathrooms, as they are here, are not what one would willingly use[/caption]

Kevin J. Walsh/ Forgotten-NYReports of vermin on the boat would be the smaller of the issues, claimed the source[/caption]