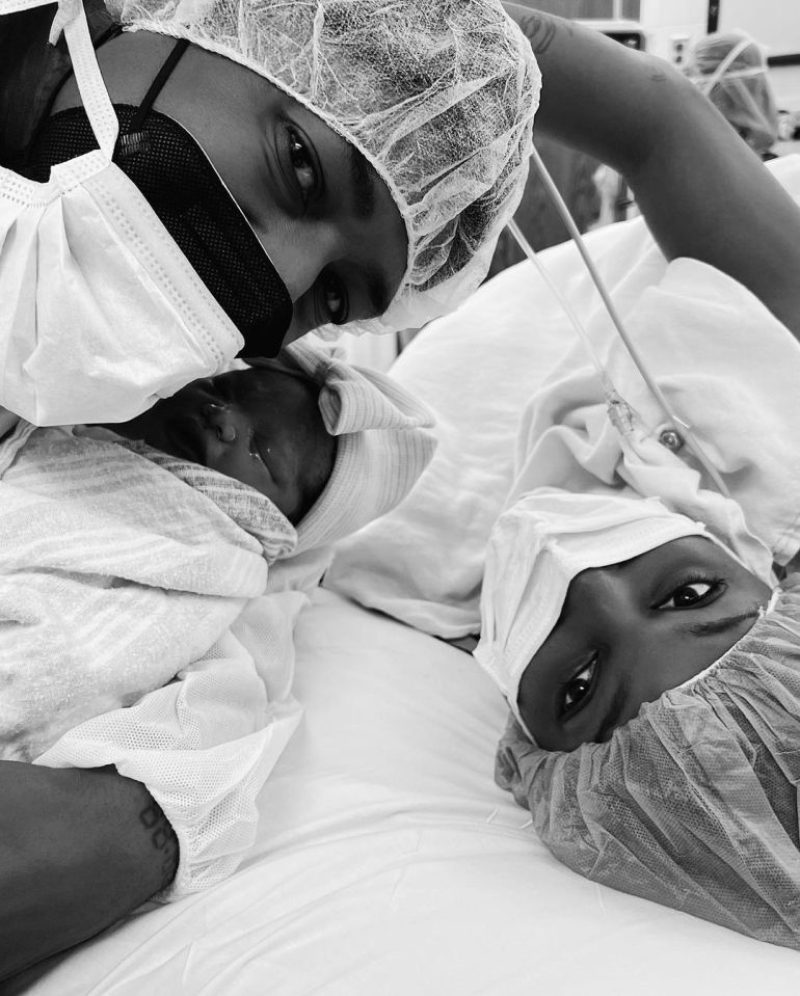 NICK Cannon has just announced he’s expecting his 12th child, and now it has been revealed the star must “pay nearly $3M a year in child support” to his baby mamas, a legal expert has told The U.S. Sun.

Nick, 41, and Abby De La Rosa confirmed they’re pregnant with the host’s 12th child one week after he announced baby No. 11.

Brittany Bell/InstagramNick shares Golden & Powerful Queen with Brittany Bell, and has another on the way a[/caption]

The pregnant DJ shares twin sons Zion and Zillion with the former Nickelodeon star – just two of his many children with other women.

Abby confirmed the paternity of her baby on Instagram after months of speculation.

Abby’s big reveal came roughly one week after Nick confirmed that he was due to welcome an 11th child with model Alyssa Scott.

He and the model previously welcomed a baby boy called Zen.

Their son tragically died five months after his birth due to brain cancer.

Meanwhile, the jaw-dropping $3 million amount was calculated by taking into account several factors, including Nick’s status as a high-income earner, according to California practicing family law attorney and legal expert, Goldie Schon.

“When you have somebody like Nick Cannon, who’s an extremely high-income earner, the courts in California have the right to deviate from the typical child support guidelines.”

The lawyer explained that The Masked Singer host’s net worth does not get taken into account, but his yearly income does.

“If he is taking home somewhere upward of $5 million a year, you have to look at what it would take to have the children kept in the lifestyle of both parents.

“Dad is clearly a public figure and makes a substantial income.

“The lifestyle has to be the same with mom as it is with dad.”

SO THEY’RE EXPECTING… HOW MUCH?

Nick’s newest addition to his one-man baby boom will likely cost him around $40,000 a month in child support to keep LaNisha and their newborn daughter Onyx in the lifestyle of both parents.

It was also recently revealed that Brittany, 34, is expecting her third child with the former daytime talk show host.

It’s estimated Nick is paying somewhere “around $60,000 a month plus any other expenses added on,” to pregnant Brittany Bell, 34, the mother of his children Golden, 5, and Powerful Queen, 1.

A third child with Brittany would tack on another $20,000 to her monthly child support payments- bringing the total to $80,000 a month for her after she delivers the new baby.

Each additional child after the first is calculated around one-and-a-half under California child support rules, Schon claimed.

When it comes to Abby De La Rosa, Schon said that since she already has 1-year-old twins Zion Mixolydian and Zillion Heir, giving birth to her third child with the TV host could potentially kick her yearly child support to astronomical levels matching those of fellow baby mama Brittany.

“Abby was probably getting between $600,000 and $750,000 a year from him just in child support, then plus things he’s probably also paying for like school or child care- all of those extras.

“You add her upcoming third child in and that likely kicks her to making close to a cool million a year,” Goldie estimates.

While the amounts Abby and Brittany are estimated to receive once they both deliver their third children with the performer seem exorbitant, the legal expert said that having another child with Abby and Brittany is going to be cheaper than having one with the new baby mama due to the California calculations.

“It’s almost like he’s getting he’s getting a discount with Abby and Brittany having a third child,” Goldie said.

Nick recently had yet another child, Legendary Cannon, with model Bre Tiesi, and Goldie estimates she is getting around $40,000 a month from the Wild N Out host for that baby boy.

“Having children is a great way of maintaining your lifestyle, I mean- it’s nice work if you can get it,” the legal expert teased.

The legal expert believes Nick likely does not pay child support to Mariah Carey, 52, for their eleven-year-old twins Moroccan and Monroe, since she is believed to make more than he does, and she suggests the pop icon may even be paying the TV host instead.

As Schon explained, there is no way of telling for sure how much each woman is getting, because none of it is in the public record.

“This man actually has the ability to have children with women who don’t litigate against him.

“He’s clearly been so generous with his finances and his income that he’s stopped them from going to the courthouse.

“While Nick may very well be keeping his mothers and children financially stable, the hard part is being there for the children and parenting. I would like to see Nick do more of that.”

OUT OF COURT IS BEST

“If any of these women ever wanted additional funds, my guess would be I guess he’s giving it to them because it’s cheaper to come to a resolution than to engage attorneys,” she added.

The lawyer believes by Nick being generous with his funds, he is playing it smart and keeping his private life out of the public eye.

“It’s probably Nick’s strategy and a way to keep his financials out of the public eye.

“Otherwise, his dirty laundry would get exposed. This way, nobody knows what’s going on in these relationships.

“No pleadings get filed. And nobody knows anything,” she added.

InstagramNick, with Abby de la Rosa & twins, is expecting a third with her[/caption]

Instagram/misslanishacoleLaNisha’s first child with Nick was born Tuesday, bringing his brood to nine[/caption]