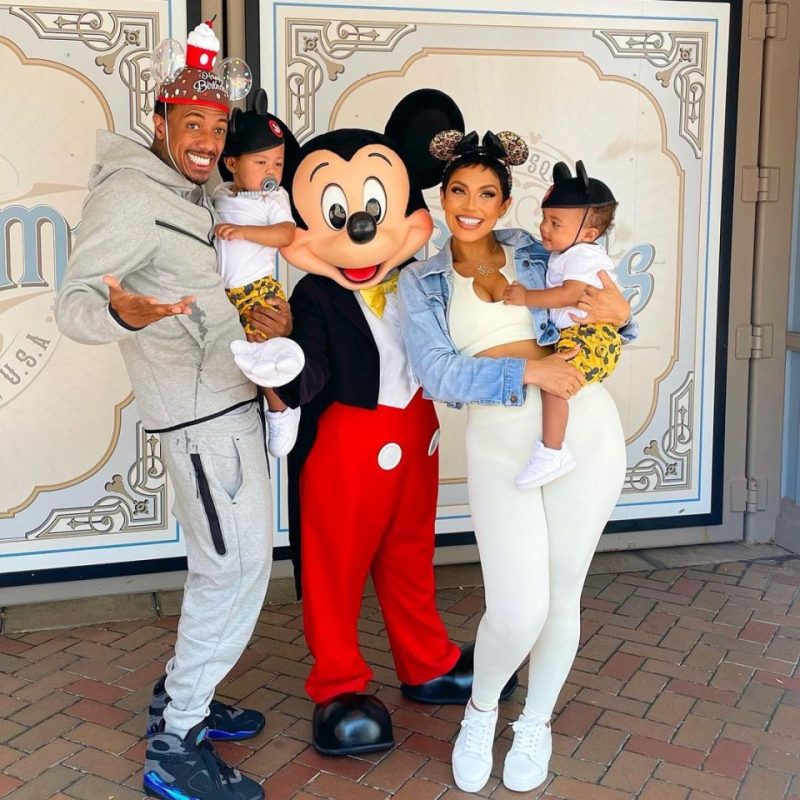 ABBY De La Rosa has confirmed that she is pregnant with Nick Cannon’s 12th child one week after he announced baby No. 11.

The pregnant DJ shares twin sons Zion and Zillion with the former Nickelodeon star – just two of his many children.

Abby confirmed the paternity of her baby on Instagram after months of speculation.

The star reshared an Instagram Story on Tuesday, which read: “1 night with a Libra can turn into 3-4 years, be careful.”

Nick – born on October 8 – is a Libra and father to two of what will be her three children.

Abby’s big reveal came roughly one week after Nick confirmed that he was due to welcome an 11th child with model Alyssa Scott.

He and the model previously welcomed a baby boy called Zen.

Their son tragically died five months after his birth due to brain cancer.

Nick spoke openly about his grief in the weeks after Zen’s passing.

Nick and Alyssa confirmed that they were expecting another baby together earlier this month.

The duo shared the news with a fully nude NSFW maternity shoot.

Alyssa showed off her growing baby bump while standing in a bathtub.

Nick was seated in the same tub, at one point reaching up to cradle her fully exposed bump.

In an additional photo, Nick could be seen kissing her baby bump.

Another shot pictured the two locking lips in the tub as they celebrated their upcoming arrival.

Fans immediately took to the comments section with congratulatory messages for the model.

“This picture is absolutely beautiful,” one person wrote.

“Congratulations, I’m happy you guys are getting your rainbow baby,” a second remarked.

“So happy for you guys,” commented a third.

Fans were already aware that Alyssa was expecting, but the new photo confirms previous reports from ET which claimed that the baby is Nick’s.

In the 11 months since Zen’s passing, Nick has welcomed or announced the impending arrival of four children.

He recently welcomed a son, Legendary, with Bre Tiesi, 31, back in June.

He also shares a five-year-old son, Golden Sagon, and a 23-month-old daughter, Powerful Queen, with Brittany.

Having so many children isn’t cheap.

Nick will reportedly soon pay close to $3 million a year in child support.

The jaw-dropping $3 million amount was calculated by taking into account several factors, including Nick’s status as a high-income earner, according to California practicing family law attorney and legal expert, Goldie Schon.

“When you have somebody like Nick Cannon, who’s an extremely high-income earner, the courts in California have the right to deviate from the typical child support guidelines.”

The lawyer explained that The Masked Singer host’s net worth does not get taken into account, but his yearly income does.

“If he is taking home somewhere upward of $5 million a year, you have to look at what it would take to have the children kept in the lifestyle of both parents.

“Dad is clearly a public figure and makes a substantial income.

“The lifestyle has to be the same with mom as it is with dad.”

Nick will have a total of 12 childrenGetty Images – Getty