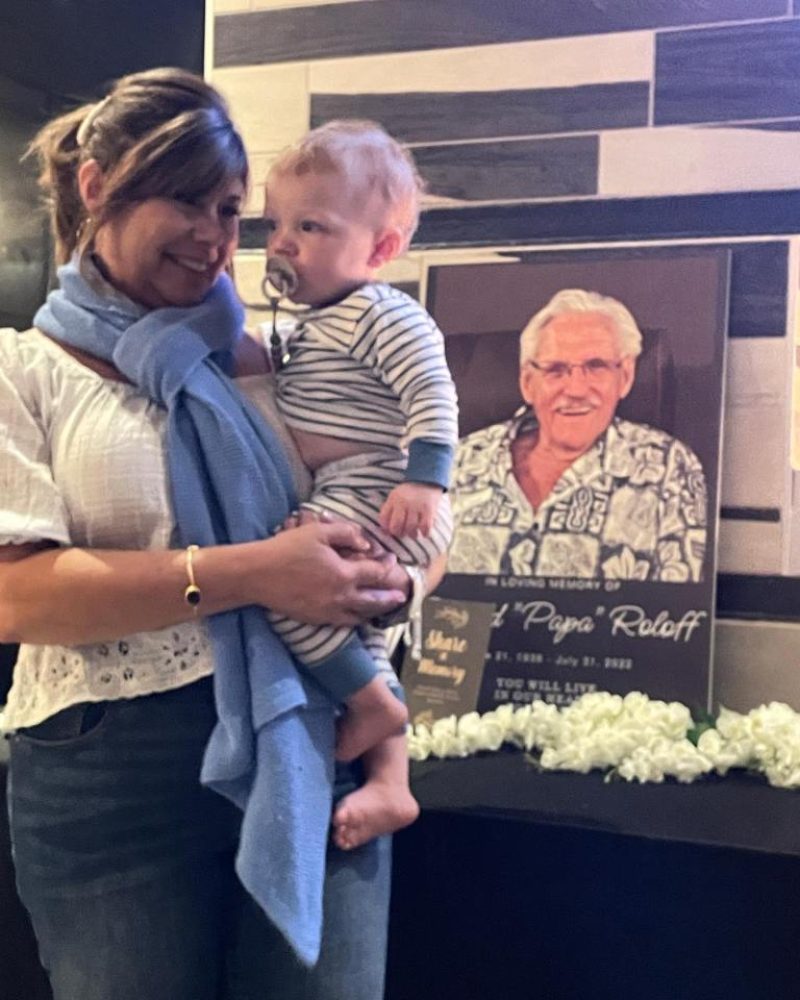 MATT Roloff’s girlfriend Caryn Chandler has appeared to snub Tori Roloff in photos from a family event at the weekend.

The Little People stars attended a memorial for Matt’s father Ronald, who died in July at the age of 84.

Matt, 61, shared several photos from the service on Instagram on Wednesday.

In them, Caryn was seen interacting with Matt’s son Jeremy’s kids with his wife Audrey Roloff – Ember, six, Bode, two, and Radley, one.

However, she steered clear of Tori and her husband Zach – who were also at the memorial – as well as their three kids.

Matt captioned the post: “Papa Ron would have been soooo happy to see all the cousins playing and celebrating his amazing life…

A source exclusively told The U.S. Sun that Caryn barely spoke to Zach and Tori during the event.

“Caryn hasn’t spoken to them in months now, and that hasn’t really changed despite the weekend get-together for Matt’s dad,” the insider revealed.

Zach, 32, and Tori, 31, distanced themselves from both Matt and Caryn, 53, following his decision to sell a $4million part of Roloff Farms.

Caryn became embroiled in the rift as Zach and Tori blamed her for influencing the controversial move.

Things went from bad to worse as the couple refused to let Caryn meet their son Josiah, who was born in April.

The feud is still going strong, despite Matt taking Roloff Farms off the market in October.

Amid the ongoing beef, Caryn has decided she won’t be involved in filming any future seasons of Little People.

Meanwhile, the TLC show, which is currently airing its 23rd season, has reportedly not been renewed for season 25, which could mean that the Roloffs’ time on air will soon be up.