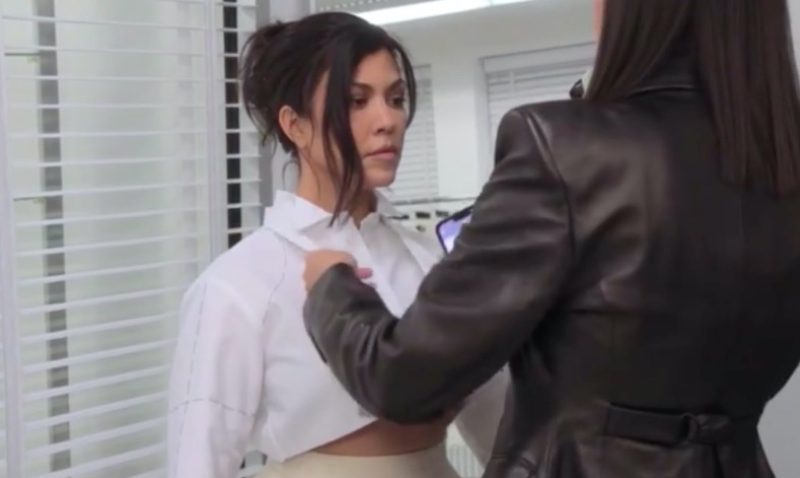 KOURTNEY Kardashian has admitted to changing her style to match her husband Travis Barker.

The reality star, who has been married to the Blink-182 drummer since May, has received criticism from fans over her current fashion phase.

On the latest episode of The Kardashians, Kourtney, 43, and Travis, 46, attended a fitting for their Met Gala outfits.

The pair attended the star-studded bash just weeks before their Portofino wedding, and had decided to wear matching black and white looks on the red carpet.

Both the Poosh founder and the rocker’s outfits were designed by Thom Browne.

Travis wore a sharply tailored tuxedo jacket with a skirt, while Kourtney rocked a deconstructed look with a cropped shirt and jacket.

In a confessional, Kourtney explained the logic behind their matching styles.

“Our looks work together, which is how we feel in this stage in our lives,” she said.

As the pair showed off their looks to the fitting team, Kourtney insisted: “We’re not taking solo pics.”

Travis seemed to agree with the sentiment as he added: “It needs to look like the two together. Without it, I would be like, ‘I don’t know.’”

However, the Met Gala wasn’t the only occasion that the pair have rocked matching outfits.

On the red carpet of the Grammys in April, Kourtney wore a black plunging v-neckline jumpsuit while Travis mirrored her style in black dress pants and a tailored vest.

For more casual outings, they have frequently been seen in identical skeleton onesies and matching leather jackets.

Black is the go-to color for both stars these days, while Kourtney has picked up Travis’ habit of wearing graphic band T-Shirts for day-to-day errands.

However, Kourtney didn’t used to dress this way at all.

Before meeting Travis, she was in a long-term relationship with Scott Disick, and throughout most of her adult life opted for colorful and preppy outfits.

Kardashian fans online have shared their opinions on Kourtney’s new look as she embraces her life as Mrs. Barker.

“It’s great she’s happy, but it’s so weird that she’s completely changed her look,” wrote one previously on social media.

Another asked: “Why has she suddenly changed her style? It’s weird. Does she decide what she wears now?”

“Love will make you change your entire identity,” a third suggested.

New episodes of The Kardashians are released on Hulu at midnight every Thursday.