Kim Kardashian can hardly keep her sweatpants from falling off her skinny frame while dancing with daughter North, 9 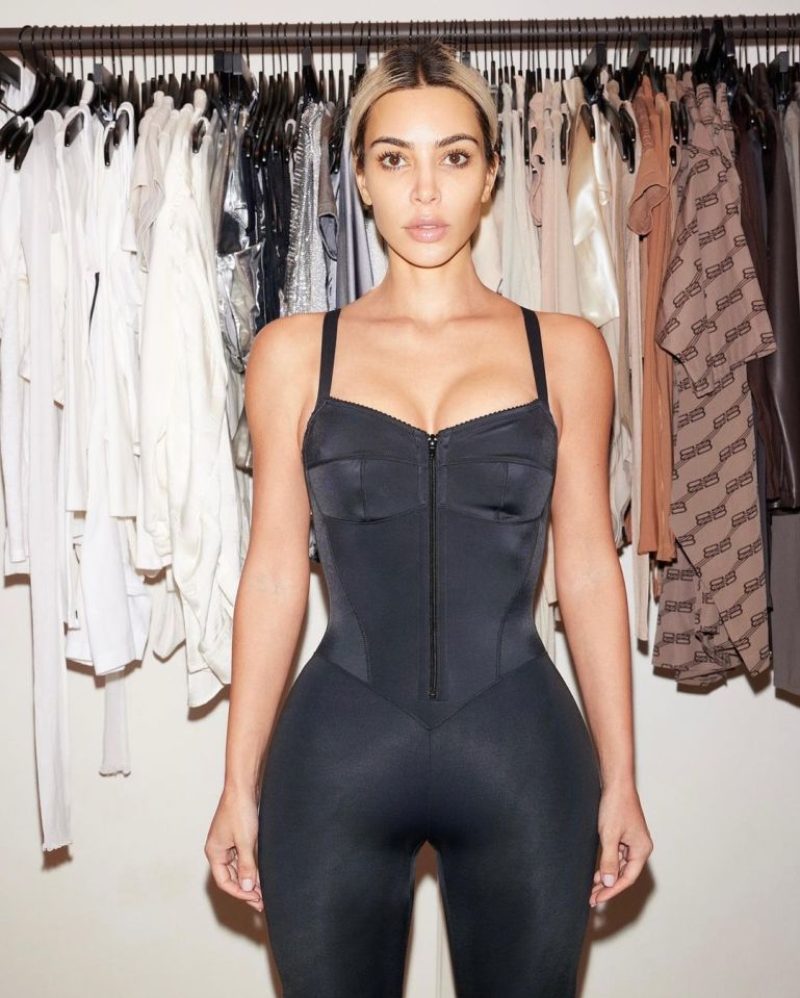 KIM Kardashian has a hard time keeping her sweatpants from falling off her thin frame while dancing with her daughter North.

The Hulu star shared the video of her busting a move on her and her nine-year-old daughter’s shared TikTok account.

The recording shows Kim, 42, and North dancing along to a Katy Perry, 38, performance playing on their TV.

The Keeping Up With the Kardashians alum wears a baggy tracksuit as he jumps, twists, and spins with the beat of the music.

Her platinum blonde locks bounce from side to side as she nearly disappears inside the oversized jacket.

The pants appear to swallow up Kim’s thin legs as the bottoms hang loosely at the grooving reality star’s waist.

North played camerawoman but also got in on the fun too, as she cut a rug while wearing red pajamas.

Kim showed off her tiny waist and bare stomach in just a hot pink bra and extra small shorts in a new photo posted to Instagram.

The Kardashians star shared the photo as part of a series of snaps promoting the upcoming SKIMS holiday collection.

Her blonde hair falls over the bright satin bra, while the classic gym-style shorts hug tightly against her pencil-thin waist.

Kim also posed in a form-fitting outfit consisting of curve-hugging red leggings and a matching henley-style top for the new SKIMS campaign.

In the photo, Kim appeared to be walking barefoot on a concrete floor, making peace signs with her fingers and a kissy face.

A second photo in the same outfit showed her again mid-walk, this time with her hands at her side and a serious look on her face.

The Kardashians star’s ribs could be seen protruding through the shirt while her toned-down curves and stick-thin legs and arms were also on display.

Kim has been very active on TikTok as of late as the TV personality showed her natural skin texture in a new unedited home video while again with her daughter North.

Posted on their shared account, the recording shows Kim and her daughter lipsyncing to audio pulled from Fox’s The Cleveland Show.

The former E! star appeared to be fresh out of the shower as her wet hair was still slicked back and drying on her head.

North looked more than prepared for the day as she rocked a middle part and already had her lipgloss applied.

Speaking in time with the show’s dialogue, both Kim and North mouthed “I’m sorry I just need one minute to make sure I look good, do you think I look good Mr. Armstrong?”

The TV star’s SKKN by Kim skincare line seems to be doing its job, as even without makeup the LA native’s skin looked impeccable.

Katy Perry must be a popular choice in the Kardashian household, as North and her cousin Penelope, 10, sang along to the popstars music in another TikTok video.

The recording shows the cousins singing along to Katy Perry’s 2010 hit song California Girls inside a darkened room.

North shows shades of dad Kanye West‘s mastery of the stage as she lipsyncs the lyrics while wearing an oversized hoodie and rocking braided pigtails.

Just like mom Kourtney, 43, Penelope gives a much more reserved and subdued performance as she belts out the words.

The pair recently posted another TikTok, this time shared on Kourtney and Penelope’s joint account.

The video shows North and Penelope, accompanied by the Poosh founder, walking into and then out of the frame.

The TikTok begins with 10-year-old Penelope giving the camera a thumbs up before moving forward and allowing North to step into the shot.

Penelope, who fans have expressed looks “grown up,” wears a black-and-white baseball cap over her long red hair with a matching band tee shirt.

The text on the video reads, “Please don’t tell anyone. OK, we won’t.”

On theme with the caption, North shushes the camera as she follows after her elder cousin.

She’s shown wearing an oversized shirt with her hair slicked back into a ponytail.

Finally, Kourtney saunters into the frame, the Poosh founder also holds her index finger up to her lips as she struts in and out of view.