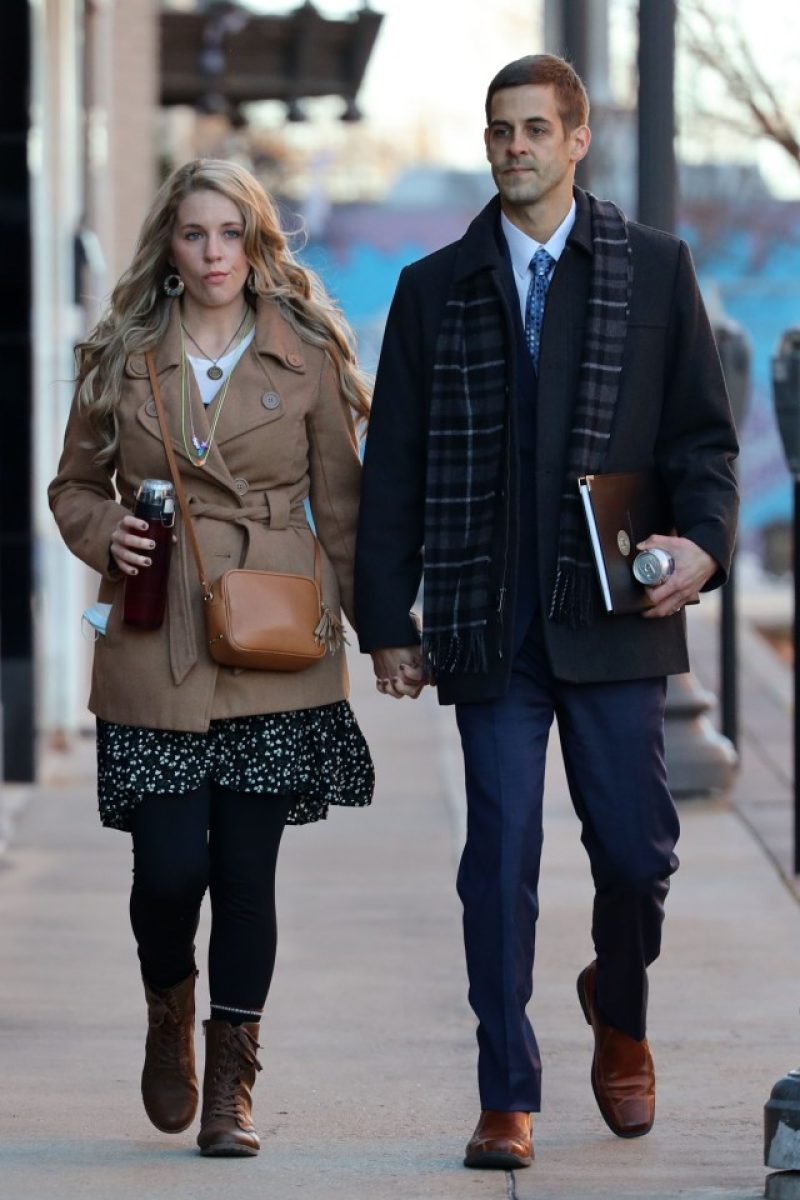 JILL Duggar’s friend has urged her to “tell her story” about ditching the “cult” and her family in a no-holds-barred memoir after her sister Jinger announced her new memoir.

Jill, 31, and her husband, Derick Dillard, distanced themselves from her father, Jim Bob, as they accused the patriarch of withholding money made the family’s reality show Counting On.

TLCJill and her husband, Derick Dillard, distanced themselves from her parents Jim Bob and Michelle[/caption]

In an exclusive interview with The U.S. Sun, former Duggar family friend Mary Murphy urged Jill, who she keeps in touch with today, to come forward with her own story in light of Jinger’s tell-all Breaking Free Indeed.

Mary, who hosts the podcast Out of the Shadows with Mary Murphy, told The U.S. Sun: “Jill has very bravely stood up and spoken out about Jim Bob. That is very brave when there is so much at risk.

“At some point, I hope Jill tells her story too. I’m really proud of her and all she’s doing to unravel the lies and brainwashing under which we grew up. She is really seeking out what is reality and truth to make her own decisions and find her own voice.”

Mary grew up with the Duggar family and considered Jim Bob and Michelle’s daughters to be her “sisters.”

She lost touch with the family when she claimed she was “shunned and excommunicated” from their church after questioning the Institute in Basic Life Principles [IBLP] religion.

When Jill and Derick spoke out against Jim Bob, Mary reconnected with Jill.

She said of their conversation: “I said, ‘I’m so proud of you. I know what this takes. I know how dangerous it is. I am in your corner. I have been cheering for you all these years.’

“She wrote me back quick and we talked on the phone for hours. It’s been so great to reconnect. I was at their house so much growing up. I remember when Jill was born.”

Jill and Derick left Counting On in 2017 and began distancing themselves from her family.

Not only has Jill been absent from family gatherings and celebrations, but she also broke various rules from wearing clothing deemed immodest to getting a nose piercing.

In 2020, Jill opened up about the estrangement in an interview with People.

Derick added: “The first few years of our marriage, we spent time and money working towards opportunities only to hit a dead end when we’d be told, ‘Well, you’re not allowed to do that.’”

She said of telling TLC and her family about leaving the show: “It didn’t go over very well with anyone. By that point we’d had enough. We knew we had to pull out completely to reevaluate and get our bearings.”

Jill said of the family falling out: “I never expected this to happen or for it to get to this point. But I’m realizing I can’t put a timeline on healing. I love my family and they love me.

“I really just have to follow God’s lead and take it one day at a time.”

Mary previously told The U.S. Sun about the potential fallout Jinger could face from her loved ones with the release of her memoir.

She told The U.S. Sun: “Jim Bob and Michelle’s reaction to the book will depend on the contents of the book, as well as the approach. Is the memoir a tell-all? Will Jinger call Michelle and Jim Bob out? If so, the likelihood of Jim Bob shutting Jinger out and cutting her off raises.

“However, if Jinger’s book does not hurt the family image or the facade of perfection, then I don’t expect Jim Bob to cut her off. I am eager to read the book. I imagine Jinger is a few years into this journey. In another 10 years, there will be another book. Because it is a long journey.”

Mary said she is “so proud of and happy for” Jinger for sharing her story.

She added: “Stepping forward to tell your own story represents a vital part of taking your agency back and finding your voice.

“I’m not shocked at all that she is breaking free. I hope all of them will come to that point of seeing the truth and stepping out into freedom. I’m not surprised. I’m super happy for her as she continues to move forward and heal.”

Mary hopes Jinger sharing her story will encourage her siblings to break free from the strict religion as well.

She said: “Everyone’s journey is going to be different. With each one that does break free, the pressure on the others becomes even more intense. I do think it’s probable. It’s just going to take some time.”

Jinger’s book Becoming Free Indeed: My Story of Disentangling Faith from Fear will be released on January 31.

The description for the book reads: “Jinger shares how in her early twenties, a new family member—a brother-in-law who didn’t grow up in the same tight-knit conservative circle as Jinger—caused her to examine her beliefs. He was committed to the Bible, but he didn’t believe many of the things Jinger had always assumed were true. His influence, along with the help of a pastor named Jeremy Vuolo, caused Jinger to see that her life was built on rules, not God’s Word.

“Jinger committed to studying the Bible—truly understanding it—for the first time. What resulted was an earth-shaking realization: much of what she’d always believed about God, obedience to His Word, and personal holiness wasn’t in-line with what the Bible teaches.

“Now with a renewed faith of personal conviction, Becoming Free Indeed shares what it was like living under the tenants of Bill Gothard, the Biblical truth that changed her perspective, and how she disentangled her faith with her belief in Jesus intact.”

OUT OF THE SHADOWS

Mary is a second-generation survivor of IBLP, which she considers to be a cult.

On her podcast, Out of the Shadows with Mary Murphy, she shares survivor stories of those once in the alleged cult.

She alleges of her own survivor story: “I was a stay-at-home daughter until my mid-20s. I began to see in my own family, the hypocrisy between the facade we put into the world and what went on at home.

“As I began to see that in my own mind and heart and life. I started pushing back against that. My parents saw they were going to lose control of me. That was very important for them to maintain control of me in order to protect their reputation and facade.

“I was shunned and excommunicated from the cult. That’s when I lost touch with the Duggar girls specifically.”

InstagramJill and Derick revealed her father withheld money from them[/caption]