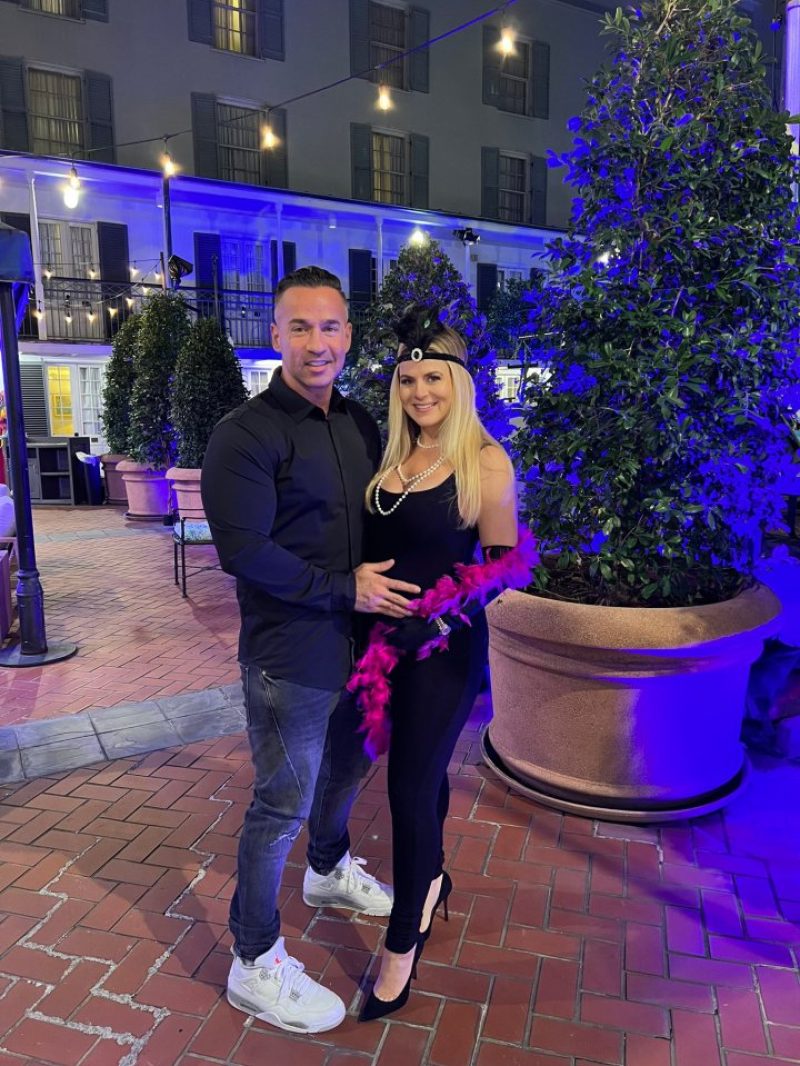 JERSEY Shore star Mike Sorrentino has announced the gender of his second child in a new post.

The reality star shared the happy news on Wednesday night via Twitter.

ItsTheSituation/TwitterMike Sorrentino announced that he and his wife, Lauren are expecting a baby girl in January 2023[/caption]

In the tweet, Mike, 40, posted a snap of him and his pregnant wife, Lauren, posing outside on a patio.

The MTV star, nicknamed “The Situation,” smiled with his hand on his wife’s growing baby bump while sporting a navy blue long-sleeve shirt, blue jeans, and white sneakers.

However, Lauren, 37, was more dressed up for the occasion, rocking a tight black jumpsuit accessorized with black heels, a feathery pink boa, black gloves, beaded jewelry, and a feathered black headpiece.

She wore her long blonde hair straight down as she smiled at the camera.

Mike wrote above the photo: “IT’S OFFICIAL We have a Situation!! It’s a Girl Baby Coming January 2023.”

The Jersey Shore star received a slew of congratulatory messages from fans in the comments.

“Awww yay!!! The best of both worlds. So happy for you guys!!!!” one person remarked.

“Congratulations to you both, and to big brother Romeo!” a third said.

The couple are also parents to a 1-year-old son, Romeo Reign, who they welcomed in May 2021.

Fans watched Mike break down in tears over his firstborn due to a health scare the little one faced following his birth.

During a previous episode of Jersey Shore: Family Vacation, Mike and Lauren learned their son would be staying a few extra days in the hospital for monitoring.

He held strong for his wife but admitted during confessionals that he was struggling.

Mike said on the show: “This has been the hardest thing I’ve gone through.

“I want to be strong for Lauren and strong for my family. Hopefully, everything will be okay in the end.”

Days later, Mike got word from the hospital that Romeo was cleared to head home.

He was overjoyed at the news and quickly took to daddy duties, changing diapers and supporting his wife.

The announcement of Mike and Lauren’s baby girl comes after the pair suffered a devastating loss in July.

The family had to say goodbye to their dog Moses, who died of cancer.

They shared a touching tribute to the canine on Instagram with photos of the dog alongside Mike, Lauren, and their son.

“It’s with a heavy heart that we share that Moses our beloved family dog has just passed,” they wrote with a sad face emoji.

“We cherish the time we had and believe that in fact all dogs do go to Heaven. Thank you for all the continued support and prayers.”

Mike was gifted Moses in July 2012 by his sister for his 30th birthday.

He then became their family dog when the reality TV star and Lauren married in 2018.

It was previously revealed that the dog had hemangiosarcoma in the liver and that he would have one to three months to live.

Lauren Sorrentino/InstagramThe pair welcomed their son in May 2021[/caption]