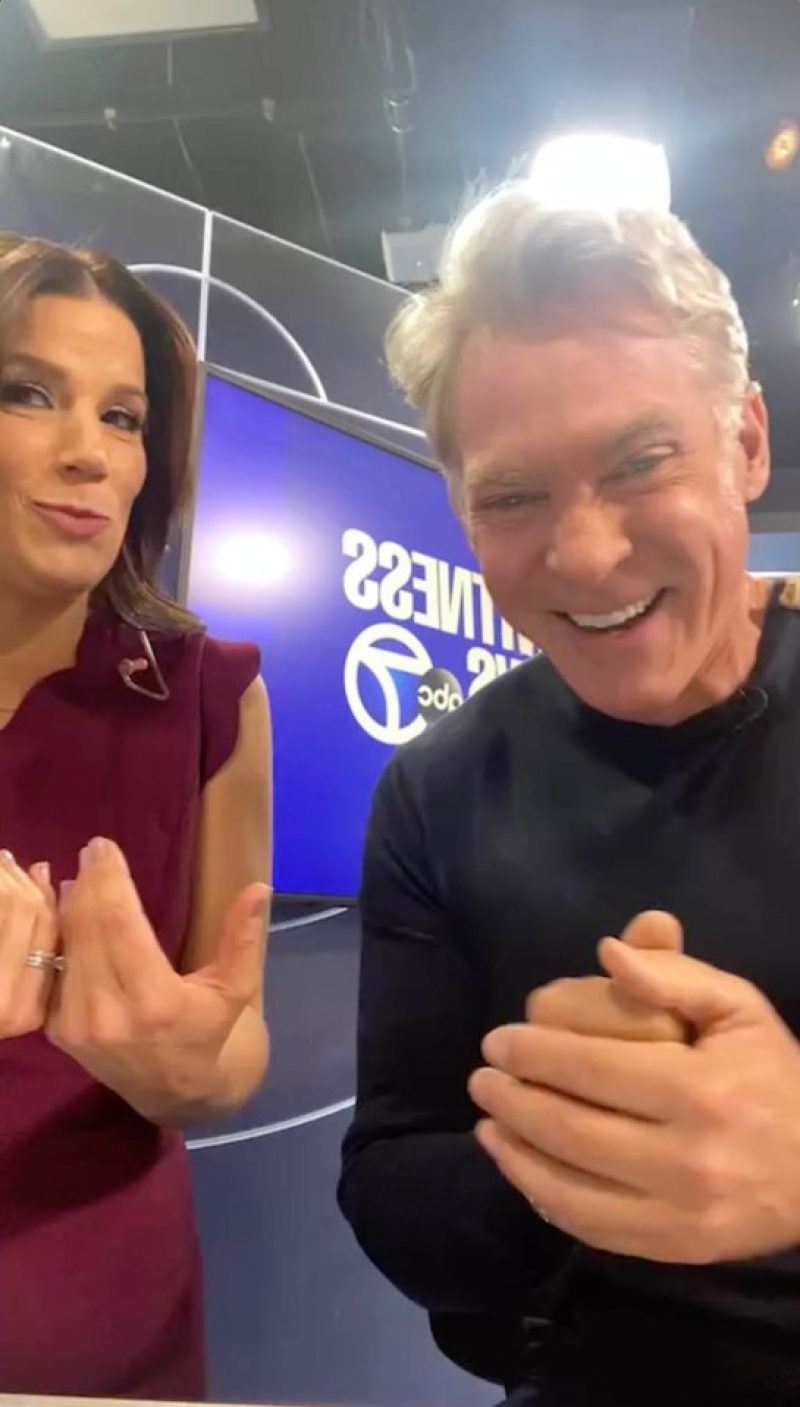 Sam joined his co-host for an Instagram Live this morning as the pair chatted about hurricanes and tropical storms.

The weather favorite warned he “may start working a little bit” while Heather talks, because “we’ve now got a tropical storm that’s in Florida working it’s way to us”.

Heather asked him: “A tropical storm is right below a hurricane, is that right?”

To which Sam replied: “Yeah, if it continues to grow then it gets to be a hurricane. But now its coming back down.”

Worried she was distracting him, Heather then said: “Don’t let me stop you from building. You don’t have to look at me its okay.”

Refusing to be deterred, Sam teased: “I like looking at you!”

Heather added: “Aww and I like looking at you!”

Fans were quick to share in the love, with one person writing: “Love watching you both.”

Another said: “Love you guys.”

Someone else added: Love your chats with Heather. Feels like I’m there.”

A fourth commented: “Good morning Sam an Heather! Love you!!”

Sam, who regularly shares his behind the scenes updates with fans, then told his followers: “Good morning guys, I love you right back.”

Earlier, the weather favorite revealed “he can’t see at all” without his glasses, whipping out a pair of ‘Harry Potter’ specs behind the scenes.

And Sam and Heather are no strangers to going live on Instagram and chatting away to fans.

Last month, Sam corrected Heather for a mistake after she called out his choice of words during an Instagram Live.

As a show staffer named Ray performed a sound check, Sam asked if the pair was being loud.

Heather told the staffer they were live on “Facebook,” which Sam quickly corrected.

“My bad,” Heather said with a chuckle.