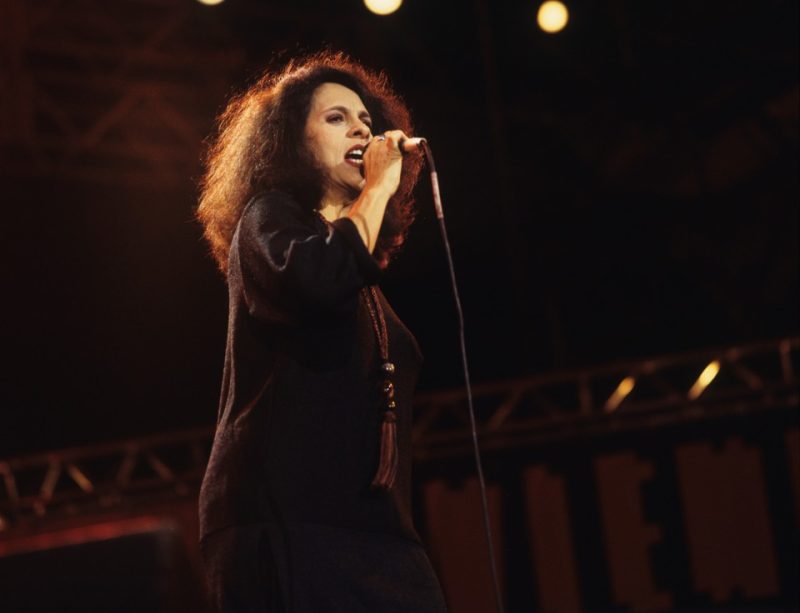 Costa, who transcended Brazil‘s Tropicalia movement in the 1960s, passed away at her São Paulo home on Wednesday at the age of 77.

Gal Costa died at the age of 77 on WednesdayGetty

The cause of her death, which has been commemorated by fans around the world, has not yet been released.

But a clip shared on her Instagram account the day before her death was announced, provides a heartbreaking reminder of the star’s unwavering talent.

Costa shared a video of her performing the song “Sorte” or “Luck” on Tuesday.

Translated into English, the lyrics read: “You give me luck, my love.

“You give me luck in life.”

The video, recorded live in 1986, shows Costa’s unfaltering energy on stage as she transfixes her audience.

Her talent went on to pave the way for generations of Brazilian performers and revolutionized the country’s Tropicalia music scene.

The artistic movement sought to incorporate local rhythms with rock and avant-garde psychedelia.

In 1968, she took part in the Tropicalia ou Panis et Circencis album, which became one of the most critically acclaimed albums in Brazil’s music history.

Brazil’s president-elect Luiz Inacio Lula da Silva, shared a picture of himself with Costa on Instagram as he mourned the icon’s death.

“One of the best singers in the world, one of our foremost artists who brought the name and sounds of Brazil to the entire planet,” Silva said.

“The country… lost one of its great voices today.”

Famed songwriter Gil shared: “I’m very sad and shaken by the death of my sister @GalCosta.”

Costa is survived by her 16-year-old son, Gabriel.