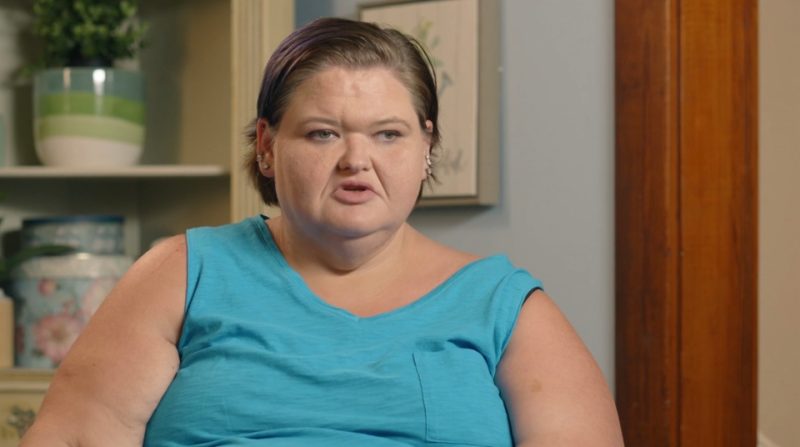 1000-LB SISTERS has begun filming for season five, but Amy Slaton is planning on taking a back seat in the new episodes.

TLC has not even announced a premiere date for season four yet; however, a source close to Tammy, 36, has exclusively told The U.S. Sun cameras are already rolling for the fifth season.

1000-lb Sisters star Amy Slaton is taking a back seat for season fiveCameras have already begun rolling for content for season five, despite season four not evening have a premiere date yet

However, the insider confirmed Amy, 35, is stepping out of the spotlight for the fifth season, as the storyline focuses more on Tammy’s recovery from her weight loss surgery.

The source shared: “Amy has been hidden out of the spotlight.”

Tammy’s friend continued: “Everything has been hard for Amy now she has two kids.

“She wants to continue to focus on them.”

As cameras have continued rolling behind the scenes during the 1000-Lb Sisters star’s rehab journey, Tammy has been thinking about the future.

The U.S. Sun previously reported Tammy’s pal revealed she has plans to pursue a book deal.

She wants to tell all about her side of the journey and raise awareness of body positivity.

Amy, however, isn’t as thrilled about the idea of a book as she has been focusing on her two children.

Previously, Amy told The U.S. Sun she planned to quit the show if the producers didn’t cut down her hours, as she felt like a “bad mom” to her son Gage.

However, Tammy’s friend wasn’t worried about her future with the show even if Amy did decide to quit.

Tammy’s pal compared the star to the Honey Boo Boo franchise and thought Tammy could have the potential to go solo.

They said: “There are so many options for Tammy even if Amy did quit the show,” as her friend fully supports the star on the idea of a tell-all book deal.

Meanwhile, Tammy has been recovering from her life-saving weight loss surgery in Ohio during the weeks before her wedding.

The U.S. Sun reported Tammy lost enough weight for her bariatric surgery and is now even standing and walking.

A source said the procedure went smoothly and there were few complications.

However, once the surgery was complete, Tammy had to return to her weight rehab center in Ohio to monitor her recovery progress.

The 1000-lb Sisters insider gushed about Tammy’s struggles and her accomplishments while extending her stay in rehab.

The source shared: “Staying in rehab is, of course, very hard for her because she wants to be home.”

Although the insider gushed: “She has drastically lost weight compared to what she used to be like. I’m super impressed with her.”

The source continued: “She’s been like standing and stuff, but she’s not able to for prolonged amounts of time. Tammy has been able to walk short distances.”

Tammy hopes to be back in Kentucky by the end of December.

Although perhaps her motivation to stay in rehab was driven by more than just her family encouraging her to monitor her diet.

Tammy met a special somebody while in the Ohio weight clinic and now her boyfriend Caleb popped a special question to the TLC star.

In a video shared exclusively with The U.S. Sun, Tammy accepted the sweet proposal from her new man Caleb in the parking lot of the rehab center in Ohio.

Tammy’s friend gushed: “She began dating Caleb in rehab, and I’m so happy they met in person and were not dating online.”

Caleb popped the question to Tammy during the last week of October, and the couple plan to have a small, private ceremony in Ohio sometime this month.

The U.S. Sun has reached out to Tammy’s representative for comment.

Amy is stepping aside as she wants to focus more on her two childrenMeanwhile, the cameras are focusing on Tammy recovering in weight rehab from her life-changing surgeryTammy also just got engaged to her rehab boyfriend Caleb and plans to have a small wedding ceremony later this month