When does Guillermo del Toro’s Pinocchio release on Netflix? 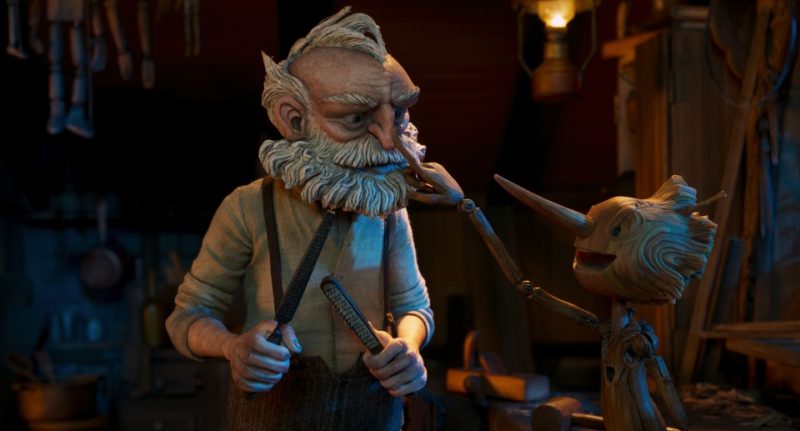 PINOCCHIO is the story of a puppet who comes to life after woodworker Geppetto wished on a star.

The 1940 classic has been brought to life once again in a new way by the hands of Mexican film director, producer, screenwriter, and author Guillermo del Toro.

© 2022 Netflix, Inc.Guillermo del Toro’s Pinocchio is a new take on the Disney classic[/caption]

When does Guillermo del Toro’s Pinocchio release on Netflix?

Unlike the original film, del Toro’s Pinocchio is a stop-motion musical adaptation of the Disney classic.

“No art form has influenced my life and my work more than animation and no single character in history has had as deep of a personal connection to me as Pinocchio,” del Toro said in a statement, via Variety.

“In our story, Pinocchio is an innocent soul with an uncaring father who gets lost in a world he cannot comprehend. He embarks on an extraordinary journey that leaves him with a deep understanding of his father and the real world. I’ve wanted to make this movie for as long as I can remember.”

New on Netflix: Latest releases and what to watch over the next seven days

The film debuted in theaters in November and will be available to stream on Netflix starting December 9, 2022.

Most read in Movies


Harry Potter cast: Where are Emma Watson, Daniel Radcliffe and the others now?


What we know about the real life Mama Coco


Will there be a Black Panther 2?


Is Man On Fire a true story?

Who is Guillermo del Toro?

Over the years, he has worked on a number of productions including the Academy Award-winning fantasy films Pan’s Labyrinth and The Shape of Water.

Jason Schmidt/NETFLIXGuillermo del Toro’s Pinocchio will be released on Netflix on December 9, 2022[/caption]

He got his start in film as a child when he experimented with his father’s Super 8 camera, creating short films with various toys and objects.

From there, he went on to study at the Centro de Investigación y Estudios Cinematográficos (Center of Movie Research and Studies) at the University of Guadalajara before releasing his debut film in 1993.