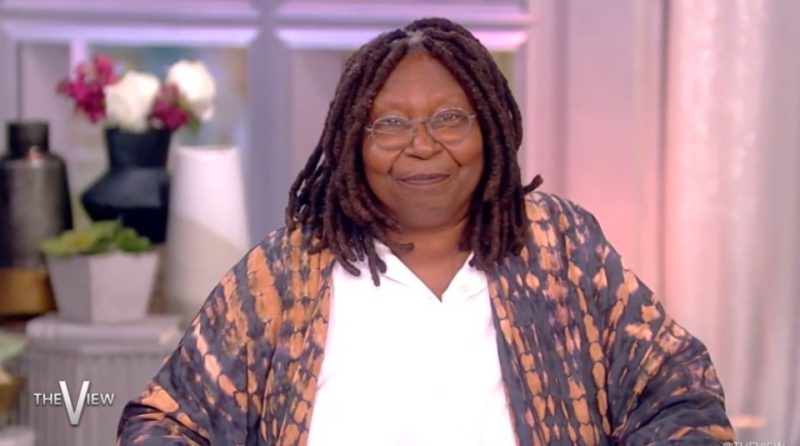 Whoopi Goldberg has a new gig away from The View in the works.

The 66-year-old’s new project has just been announced, and it’s quite the change for her.

The award-winning actress is getting into the world of Westerns with a new role in an upcoming movie.

Deadline reported on Wednesday that Whoopi plays a major character in Outlaws, which was written and directed by Mario Van Peebles, who also stars in the flick.

According to the outlet, filming for the movie recently finished in Montana.

The movie centers on “Chief (Van Peebles), a renegade cowboy putting together a multicultural team of new and old friends in order to ride into dangerous unsettled territory to retrieve gold from an abandoned mine.”

With a lawman on Chief and his crew’s tail, they head out on an epic journey across the country, where they meet “a number of interesting historical characters along the way, including a true-to-life Stagecoach Mary played by Goldberg.”

Mario told the outlet of the movie: “I wanted to make a fresh kicka** Western like we’ve never seen, a savvy action adventure with pluck served up in a dirty glass!”

The announcement of Whoopi’s new project comes just a day after another big day in her career – the release of her new book.

Released on Tuesday, Two Old Broads was co-authored by the View host and the late Dr. M. E. Hecht, who passed away at the age of 93 just a few months before the book’s publication.

In it, the women recount many stories from their lives and offer advice for readers about getting older.

“I had no idea how many annoying little things would start to happen to my body as I aged,” Whoopi wrote.

The 66-year-old went on to say that when she stands, her knees make so much noise that it sounds like they are playing clackers.

At one point, Whoopi thought she “left her coccyx on the chair” after getting up.

“I think, ‘Did I just break something? Is something wrong here? Should I be sounding like this?’ Apparently, yes, I should,” she explained.

Whoopi then told readers that she has a “touch of Arthritis.”

“Moving my neck around, moving my shoulders, I have bursitis. I mean, I have a lot of ‘itises.’”

In another chapter, Whoopi opened up about why she “acts ridiculous” sometimes.

“There’s enough time – there’s twenty-four hours for goodness’ sake -for you to get all angry at whoever or whatever,” she wrote.

She continued: “But you gotta take at least half an hour to just be ridiculous inside your own mind. Be as ridiculous as you want to be.”

Whoopi’s recent new projects come after fans have been calling for the host to be fired from The View.

The host has raised controversy with a series of strange on-screen behavior and tense comments made toward her co-hosts.

ABCThis news arrived just one day after Whoopi released another project of hers – a new book she co-authored, titled Two Old Broads[/caption]