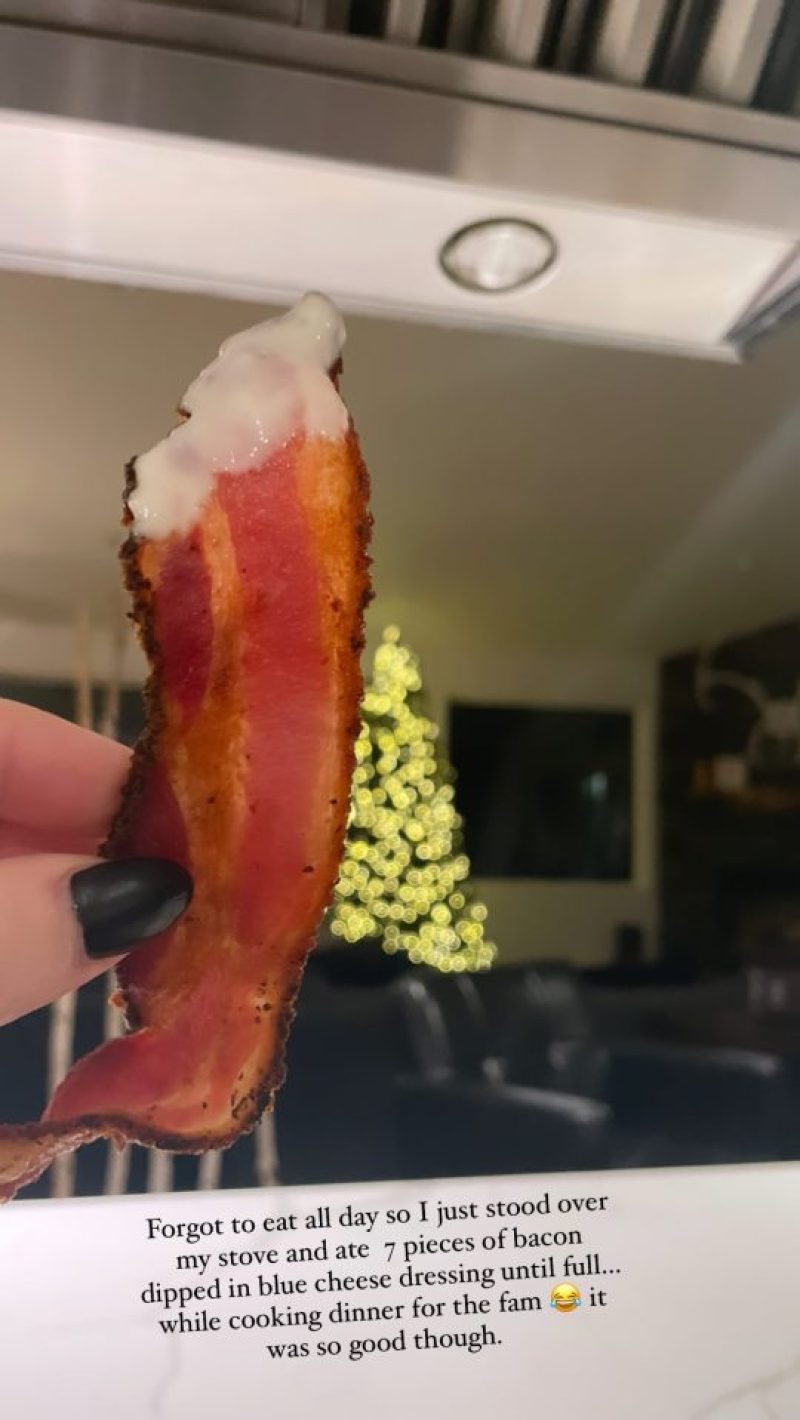 TEEN Mom fans are in shock after Sunny Johnston revealed her unusual choice of snack.

The realtor mom-of-three is currently on a controversial diet that consists of eating almost exclusively meat.

Posting to her Instagram Stories on Tuesday, Sunny, 27, revealed what she was snacking on.

She shared a photo of a slice of bacon held between her fingers that had been dipped in a fatty substance.

She added text to explain: “Forgot to eat all day so I just stood over my stove and ate seven pieces of bacon dipped in blue cheese dressing until full…. while cooking dinner for the fam.

NICE TO MEAT YOU

Sunny told her fans earlier this year that she is following the carnivore diet.

The carnivore diet is based on meat, fish, eggs and animal fats with restricted carbs and sugar.

She bragged about the positive impacts, telling her fans that she was benefiting from waking up earlier naturally, having clearer skin and fewer headaches.

However, fans slammed the MTV star for following a “fad diet”.

Sunny lives in Alaska with her husband Levi, who is known to Teen Mom fans as Bristol Palin’s ex and baby daddy.

Meanwhile, he and Bristol share a thirteen-year-old son, Tripp.

Raising their kids in The Last Frontier, Sunny and Levi even take the little ones hunting with them to bring home large supplies of red meat.

She recently shared a photo from their latest trip, and photographed the kids helping their dad skin a moose.