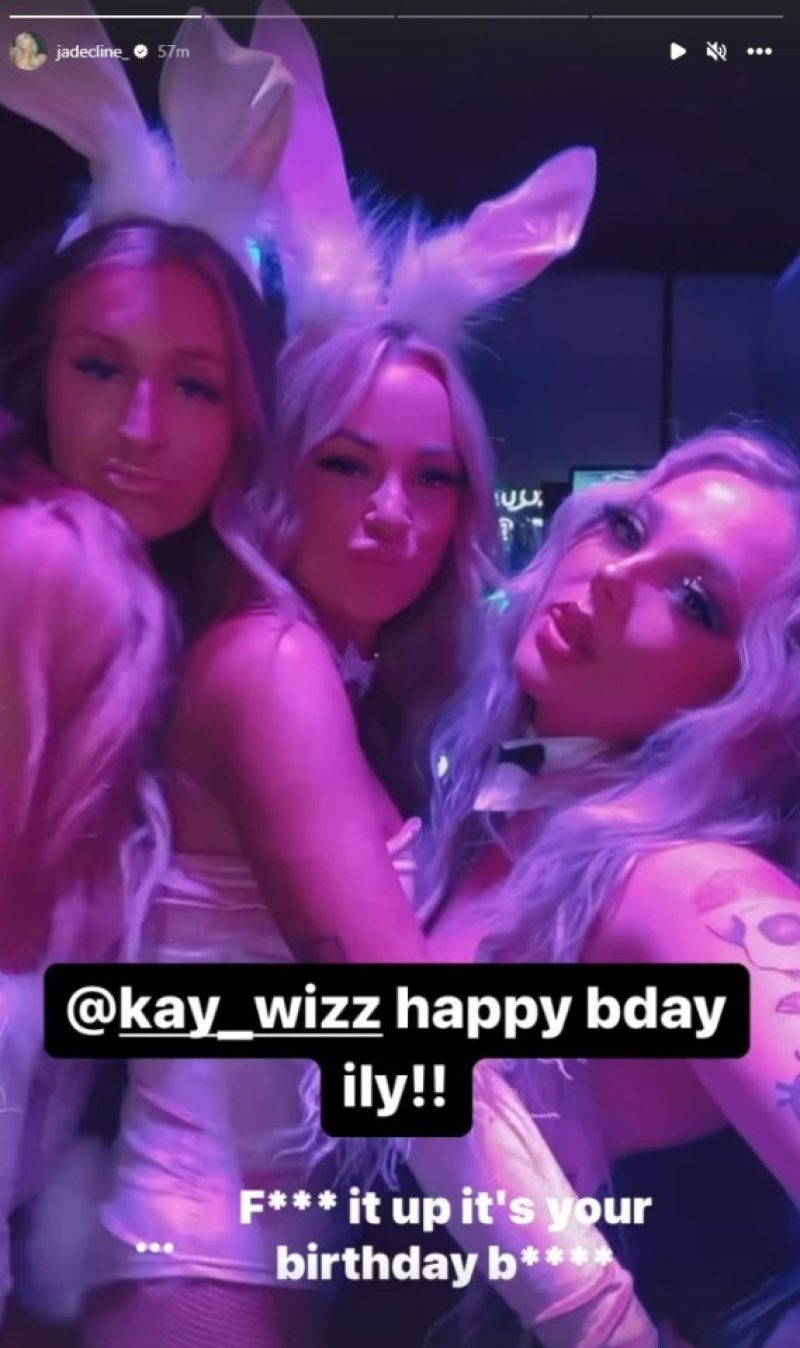 TEEN Mom Jade Cline has flaunted her curvy figure in an NSFW costume in a new video.

In it, Jade danced with her friends while rocking a tight black bodysuit, nearly exposing her breasts in the outfit.

She wore dark eye makeup and her blonde locks in loose waves to complete the look.

Her gal pals also sported matching costumes though there’s were white and pink.

The ladies hugged each other as they moved their bodies seductively, locking eyes with the camera.

The video appeared to be taken during Halloween festivities, with loud music heard in the background.

Jade used the clip to shout out to her friend on her birthday.

Fans saw a different side of Jade in a recent episode of Teen Mom: The Next Chapter.

In one scene, the TV star got emotional after dropping her only child off on her first day of school.

The milestone moment brought Jade to tears as she cried in the car with Sean by her side.

“I don’t want her to grow up,” she sobbed while her baby daddy hugged and consoled her.

The TV personality and her long-time beau are preparing to tie the knot next year despite their tumultuous relationship since 2017.

Last month, Jade left fans in shock after she dropped a huge bombshell about plans for another baby with Sean.

The couple’s latest engagement played out during a recent episode of the MTV show, with Jade taking to Instagram Stories after to chat with fans.

The MTV star was asked: “Do you plan to have more kids?”

She didn’t shy away from the question, revealing her and Sean’s baby plans.

“After the wedding, we want to start trying for our second!” she wrote.

Jade also shared some details about her upcoming big day.

She posted photos from an engagement shoot on Instagram, revealing in her caption: “I’ll be Mrs. Austin October 6th 2023. Can’t wait to share this journey with you guys!”

Jade shared in a series of answers that she will have roughly 200 guests, Kloie will be the flower girl, and they’re heading to Turk’s and Caicos for their honeymoon.

She also told fans that they plan to invite most of the Teen Mom cast to the big day but didn’t name any names.

When asked: “Will your wedding be on MTV?” she responded: “You’ll have to watch to see.”