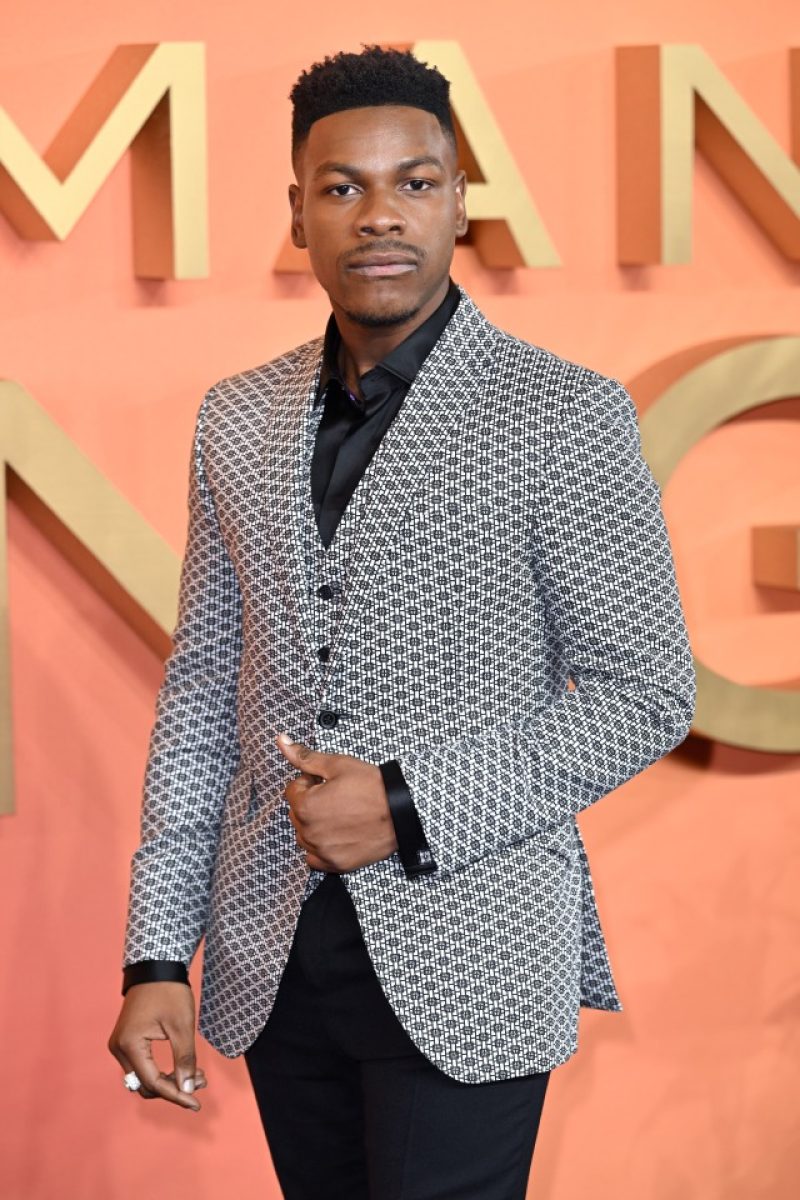 JOHN BOYEGA, like others, should learn to read the room before his bank statements.

He fought the Dark Side as Finn in the revived Star Wars franchise. But my guess is that if dark lord Kylo Ren had offered him enough money he would have switched teams.

It has emerged that the Bafta-winning actor is the latest star to throw his morals to the wind and accept thousands of pounds in return for promoting Qatar ahead of the 2022 World Cup this month.

He has teamed up with crisp giant Lays to front its ads which will drop around the tournament as part of a massive international campaign.

Lays is part of snacks giant PepsiCo — owner of Doritos, Starbucks and Lipton — which has paid the repressive Qatari regime millions of pounds in one of the biggest ever sponsorship deals in sport.

A source said: “John is making thousands of pounds from this deal but morally it’s sure to raise eyebrows.

“Over the past few weeks more and more people have come out against Qatar’s human rights record.

“Many celebs are boycotting the World Cup altogether or using their profiles to speak out online. Sadly John doesn’t seem to care about that.”

I told last month how David Beckham had also been wooed by PepsiCo in a mega-bucks deal.


Less than 24 hours until direct payments of up to $4,194 being mailed out

A source at the time said: “Fronting anything with a Qatar link is always going to have an element of controversy.”

Pressure continued to mount on football governing body Fifa this week to hold Qatar to a promise on human rights, with both the English and Welsh Football Associations — whose teams are taking part in the competition — signing the open letter along with eight other European associations.

“We will continue to support the momentum for positive, progressive change and continue to advocate for a conclusive outcome and update on the two key outstanding issues we have been discussing with FIFA for a long time.

“FIFA has repeatedly committed to deliver concrete answers on these issues – the compensation fund for migrant workers, and the concept of a migrant workers centre to be created in Doha – and we will continue to press for these to be delivered.

“We believe in the power of football to make further positive and credible contributions to progressive sustainable change in the world.”

Some big names should take notice instead of lining their pockets with tone deaf business deals..

STORMZY has announced he will play only one show in the UK next year – but it will be his biggest yet.

The grime star has curated his own one-day festival and he will be joined by a series of other artists.

In an online video yesterday he explained: “I was thinking, ‘What’s next?’ ’cos we’ve done three O2s, shut that down.

The festival will be on August 18 at East London’s Victoria Park.

It will follow the release of his third album, This Is What I Mean.

WINNIE HARLOW scrubs up well, which she demonstrated here when she dressed up in a yellow ball gown resembling the loofah in my shower.

The Canadian model got all dolled up and gave her best detatched look as she was announced as the face of Cîroc Vodka’s new campaign Make Big Moves, to promote a pineapple-flavoured tipple.

Winnie said of the eye-catching look: “It’s important that we celebrate ourselves, unapologetically and without limitation.”

KELLY ROWLAND is heading to these shores for her first performance here in 12 years.

The Destiny’s Child singer has been announced as the headliner for Mighty Hoopla Festival at South London’s Brockwell Park on June 3 next year.

Years & Years will headline the next day.

Tickets are on sale now.

Kelly has another show next year but it’s a bit of a trek.

She will perform at Sydney WorldPride, Australia, in February alongside Kylie Minogue, Charli XCX and Muna.

The acting talents will decide who should be on the shortlist for the prize celebrating the most promising individuals in the film industry.

Tom Hardy, James McAvoy and Eva Green are among past winners.

The shortlist will be revealed in January then the public will be able to vote for the winner ahead of the EE Bafta Film Awards on February 19.

WHY SO BLUE RIHANNA?

YOU’D think her chart success would have put a smile on Rihanna‘s face.

She is at No3 with comeback single Lift Me Up but didn’t look too pleased on the catwalk for her Savage x Fenty show.

She was joined on the catwalk by showbiz pals including models Irina Shayk, Joan Smalls and Cara Delevingne, the latter who looked like she still had her Devil horns Halloween costume on.

The show is available on Amazon Prime, but it might be Rihanna’s last release for a while.

<The Diamonds singer says a new album is still some time away. She RiRi needs to get a move on.

BRITNEY SPEARS isn’t fond of the idea of Millie Bobby Brown playing her in a film.

The Toxic singer has been outspoken about how much she dislikes documentaries being made about her without her involvement and has now hit out at the prospect of a biopic.

On US telly this week, British Stranger Things actress Millie said: “I want to play a real person and I think for me it would be Britney Spears.

“Her story, first of all, resonates with me, just growing up in the public eye. Watching her videos, watching interviews when she was younger.

“And when I look at pictures of her I feel like I could tell her story in the right way and hers only.”

But in a seemingly related post on Instagram, Britney later wrote: “I hear about people wanting to do movies about my life . . . dude I’m not dead!”

LINDSAY LOHAN could have caused a hugh jam in this traffic light-style suit.

The former child star is on the promo circuit for her upcoming festive film.

All eyes were on her when she was out and about in New York City on Tuesday.

In rom-com Falling For Christmas Lindsey plays heiress Sierra Belmont, who loses her memory after a skiing accident. It is streaming on Netflix today.

Lindsay said: “It was really comforting to me when I got the script to see a movie that was a rom-com.

“It’s always fun to work on something lighthearted and family oriented that makes people happy and provides a bit of an escape.”

I can’t say I will be racing home from work to watch it, but it’s good to see the former hell-raiser back on form.

HARD man Ant Middleton says he feared for his life and almost quit climbing the second highest mountain on Earth.

He told Spencer Matthews‘ new podcast Big Fish of the July expedition to K2 in Pakistan: “This mountain is dangerous. One mistake and you’re gone.”

In the podcast, which came out yesterday, the former Special Forces operative continued: “I was caught in a storm for a couple of days. I couldn’t move. I remember taking my boots off, because I was in so much pain, and thinking, ‘F*** this, I’m going home’.

“But there’s a difference between not winning, you know, losing to the mountain, and quitting.”

JESS GLYNNE has signed a new record deal as she prepares to make her comeback.

She has struck an agreement with EMI.

I told how she had split from Atlantic Records earlier this year and signed a management deal with Jay-Z’s company Roc Nation.

Her third album is due out next year, five years after Always In Between.