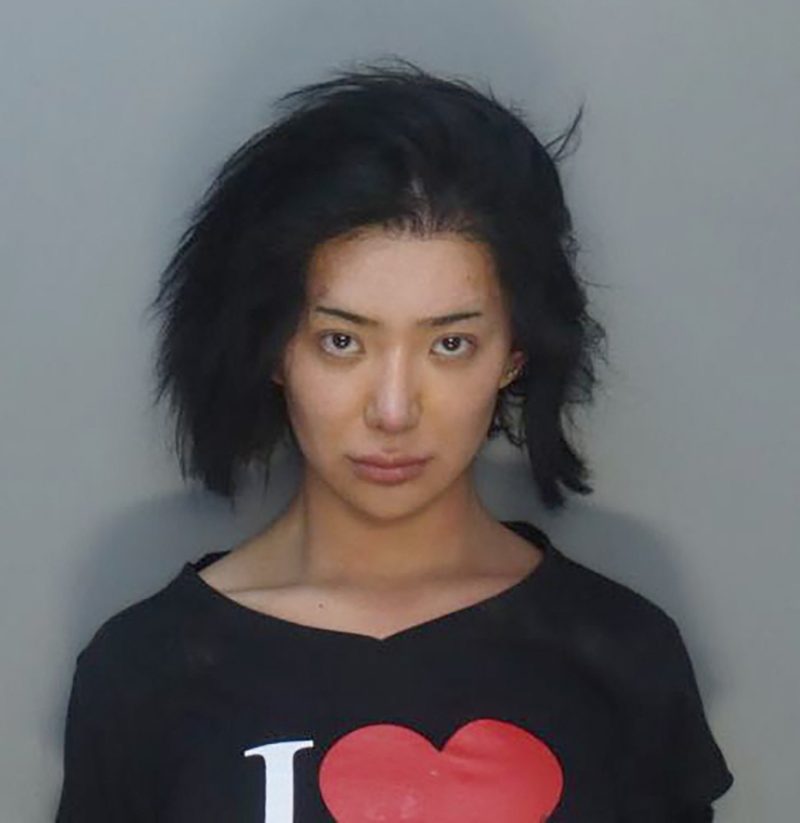 NIKITA Dragun has been forced into an all-men jail in Florida after she was arrested for partying naked at a Miami pool party.

The star was arrested this week and hit with a felony charge of battery on a police officer after the alleged disturbance at the outdoor bash.

Jack Ketsoyan, a rep for the transgender influencer, told TMZ that Nikita is being held in the men’s unit at the local jail she’s in despite identifying and presenting as female.

He told the outlet: “The situation with Nikita, who is legally female, being placed in a men’s unit of a Florida jail is extremely disturbing and dangerous.”

Jack went on: “This decision made by the Miami-Dade County Corrections Department directly violates their protocol, which mandates that transgender inmates are classified and housed based on safety needs and gender identity.”

Per TMZ, her rep was concerned about the effect being held in a men’s jail might have on Nikita.

Rolling Stone reported that Nikita was listed as male on her booking paperwork, despite the fact that she is legally female.

She appeared in court on Wednesday morning, where she said she was being held in a men’s unit and requested relocation.

Video from the hearing obtained by the outlet featured the influencer asking: “Do I have to stay here in the men’s unit still?”

Judge Mindy Glazer responded, telling Nikki that she “didn’t make the rules,” and adding that accommodations such as a separate area could be made.

It’s unclear if those accommodations were made before her release.

According to TMZ, authorities responded to a report of someone causing a disturbance at the Goodtime Hotel by walking around the pool area stark naked.

Hotel security guards alleged that Nikita ignored demands to calm down and even threw water on hotel staffers.

Officers confronted her in her hotel room, where she reportedly slammed the door in their faces.

Moments later, she opened the door again and allegedly asked security: “Do you want more?”

Officers say Nikita then tossed an open water bottle at them, causing water to hit and spill on both the security guard and the officer.

That led to the decision to arrest her.

TMZ has reported that Nikita was released from jail after being held on $5,000 bond.

Her next court date is set for December.

This isn’t the first time Nikita has made headlines or spent time in the limelight.

In May, she was placed on an involuntary psychiatric hold after she was picked up by police.

She has been open with fans about her struggles with bipolar disorder.

“It’s not that you’re flipping through emotions in every single second, and you’re just a bunch of different personalities. [There are] longer periods of times of ups and downs and mania and depression. And it’s a whirlwind to be inside of and to experience.”

The former star of the Netflix reality series Hype House came under fire in 2021, after sharing screenshots on Instagram of men who had contacted her privately in a music video for her song, D**k.

Some of the men who have slid into her DMs have celebrity status including Tyga.

The rapper was outed sending “text me” to the make-up mogul via Instagram.

The message was followed by a phone number Nikita hides with the word “d**k.

This quickly caused a stir among both Tyga and Nikita’s fans, one of whom brought the video to the hitmaker’s attention, demanding an explanation.

Seemingly “exposed” by the beauty star, Tyga attempted to set the record straight.

He stated at the time that the message was strictly professional as his team allegedly shot and directed a music video for Nikita.

He wrote on Twitter: “Ladies and gentlemen clout kills.

“My company shot and directed a music video for her a while back that never dropped. Not sure why she added my likeness to this.”

The Goodtime HotelShe has been accused of throwing water on police and security, leading to a felony charge[/caption]