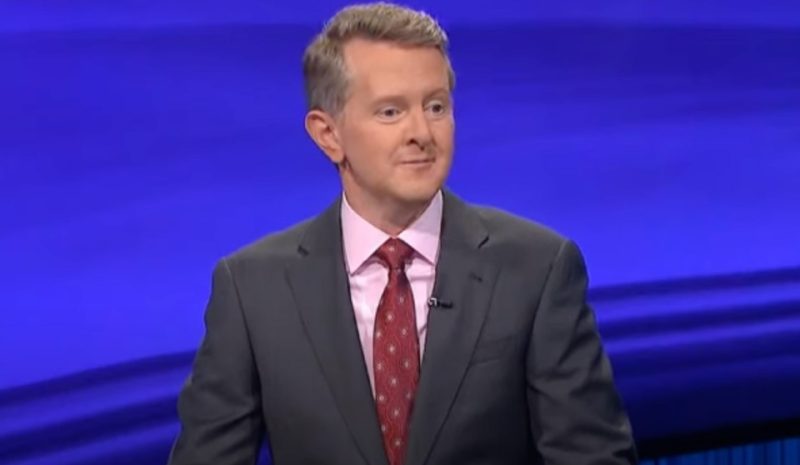 JEOPARDY!’s Mattea Roach has revealed the late Alex Trebek inspired the super-champ to try out for the game show in an emotional video.

Mattea faced Amy Schneider and Matt Amodio in a practice Tournament of Champions game on the 2nd anniversary of his passing.

Jeopardy!Mattea Roach tried out for the show ‘because of Alex Trebek’ – an emotional moment revealed[/caption]

In a moving clip after the episode, the 24-year-old told host Ken Jennings, 48, why they’re the game show star they are today.

“I only ever tried out for the show because of Alex passing away.”

“I could not stop thinking about Jeopardy! and I was stuck at my parents’ house watching cable television.”

“As a Canadian [like Alex] it’s special to be playing this game on what would be his second anniversary.”

“Sorry to put a damper on what was a really fun half hour!”

Ken replied somberly: “No, we thought this would be a really fun way to commemorate the second anniversary of his passing.”

Amy then revealed she had tried out for “15 years” and Matt joked he tried out “multiple times” and was “working on his personality” to lighten the mood.

One fan wrote under the “Overheard on Set” YouTube clip: “Thanks for the inspiration Alex Trebek. You are loved and missed everyday”

Another wrote: “Thanks Alex, I miss you.”

Matt, Amy and Mattea didn’t have to play the first round last week because of their massive prior win counts.

The trio looked thrilled to “play the game he loved,” as Ken sweetly said, and to get their buzzer barings again last night – the episode even included a “Remembering Alex Trebek” category.

At the end of the episode, Ken said: “Alex Trebek always loved the tournament of champions, having fun on stage and he loved great players on stage.”

After it aired one fan tweeted: “I appreciate you and Mayim as hosts, but I still expect to hear Alex’s name every time I hear ‘And the host of Jeopardy…’.

Alex passed two years ago of pancreatic cancer and it was quite the void to fill for the game show resulting in a long host search and a slew of guest hosts with huge shoes to fill.

BATTLE OF THE BRAINS

Starting last Monday, the Tournament of Champions kicked off and is now airing instead of regular episodes.

The competition has now widdled down to the semi-finals from 21 players to just nine.

And on Friday, Mattea will face Eric Ahasiac and Andrew He.

The three finalists will play until one of them wins three matches – which could take three days or stretch on for seven showdowns.

Regular episodes and reigning ace Cris Pannullo will return mid-November when it all concludes.

Ken Jennings will step aside from the iconic game show in January so that co-host Mayim Bialik – now handling Celebrity Jeopardy! – can take the reins.

Over the summer, he and actress Mayim were officially announced as the permanent replacements for the late, great Alex.

Mattea told the mega-champs and Ken: ‘I only ever tried out for the show because of Alex passing away’ especially ‘as a Canadian’Jeopardy!GettyA fan tweeted after the special episode that they ‘still expect Alex’ every night, Ken said ‘me too’[/caption]

GettyThe game show is now in the semi-finals of the Tournament of Champions, but with Election Day aligning with his passing the show held a legends-only extra tribute game[/caption]