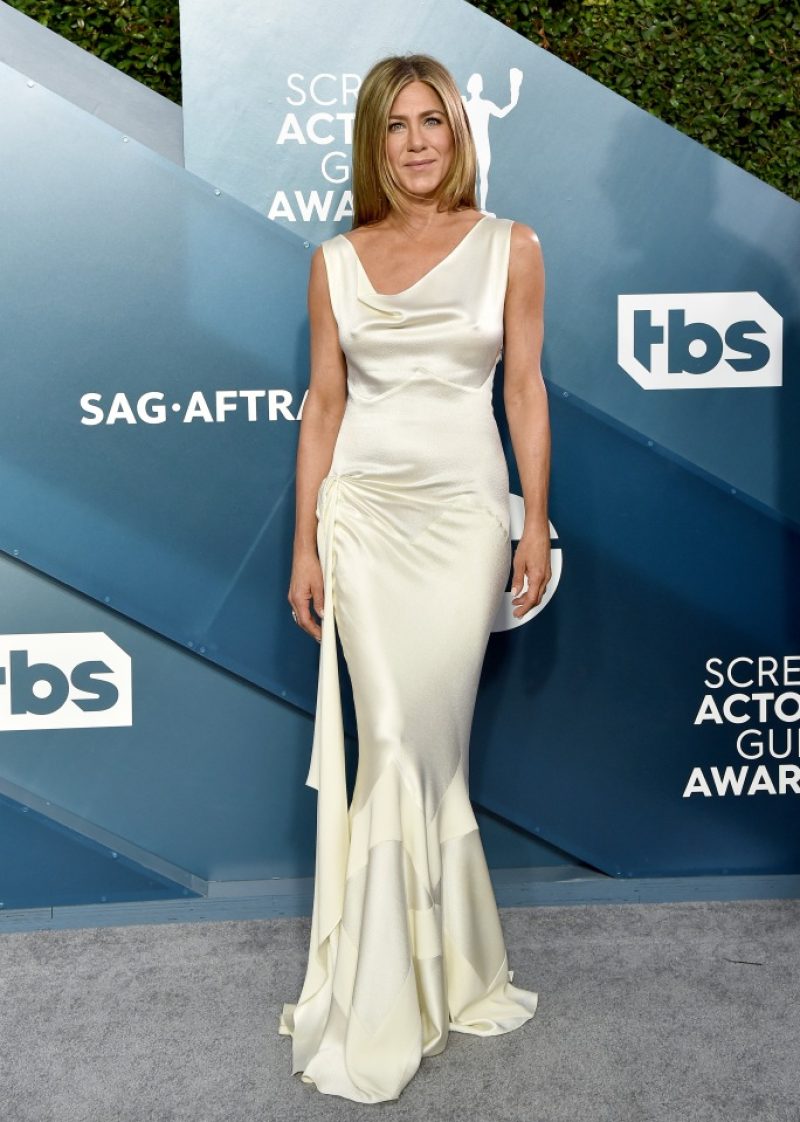 JENNIFER Aniston opened up about her IVF and infertility struggles for the first time in a revealing new interview published this week.

Following her secret attempts to have a baby, let’s take a look back at the Friends alum’s dating history, including her famous marriage to Brad Pitt.

During an in-depth chat with Allure, the Marley and Me star revealed that she previously tried to have a baby via IVF.

“I was trying to get pregnant. It was a challenging road for me, the baby-making road,” Jennifer told the magazine for its December cover story.

“I was going through IVF, drinking Chinese teas, you name it. I was throwing everything at it.

“I would’ve given anything if someone had said to me, ‘Freeze your eggs. Do yourself a favor.’ You just don’t think it.”

Jennifer Aniston, 53, wows in black as she hops in car with co-star Jon Hamm

Here’s where the Friends cast are now

However, Jennifer, who is 53 and currently single, now says “the ship is sailed.”

The actress’ family planning was once the subject of intense speculation.

Her rumored reluctance to have a child was even cited by some as a reason for her and Brad’s divorce in 2005, although Jennifer told Allure: “It was absolute lies. I don’t have anything to hide at this point.”

Her first long-term relationship was with the late Daniel McDonald.

The pair dated for five years in the early 1990s, with Jennifer telling Entertainment Tonight in 2015: “He was my first love.”

She reminisced: “He would have been the one. But I was 25, and I was stupid.”

However, things never got serious between the two.

Jennifer’s next long term beau was Tate Donovan, who three years into their relationship made an appearance on Friends as her character Rachel’s love interest.

However, his role came at a bad time during their real-life relationship, as they were actually breaking up.

“The only bummer was Jennifer and I were breaking up at the time,” he told Us Weekly in 2018.

“And so that was tricky to sort of act, and act like we are just meeting each other, and falling in love, or whatever, interested in each other, when we’re sort of breaking up. That was just tough.”

Jennifer and Brad became one of Hollywood’s most famous power couples after they were set up by their agents in 1998.

After just a year of dating, they announced their engagement at a Sting concert, and tied the knot with a lavish ceremony in 2000.

While they were together, the couple’s family plans became a huge subject of media speculation.

The stars divorced in 2005 amid rumors that Brad had cheated with his Mr & Mrs Smith co-star Angelina Jolie, whom he later married.

After Brad split from his second wife, excited fans believed that he and Jennifer might be dating again as they were spotted looking close at the Screen Actors Guild Awards and at an Oscars afterparty in 2020.

However, the two never officially rekindled their romance.

After a brief whirlwind with Vince Vaughn, whom she met as they co-starred in 2006’s The Break Up, Jennifer’s next serious relationship after Brad was with John Mayer.

However, their break-up hit John bad, as he told Rolling Stone in February 2010: “I’ve never really gotten over it. It was one of the worst times of my life.”

GettyJustin Theroux was married to Jennifer from 2015 to 2018[/caption]

Jennifer’s second shot at marriage came with another one of her co-stars, actor and director Justin Theroux.

The two first met on the set of Tropic Thunder in 2018, which he co-wrote and featured Jennifer’s friend Ben Stiller.

In 2012, they co-starred in Wanderlust, and things soon turned romantic between Jennifer and Justin as they were spotted on strolls in New York.

Their first major relationship milestone came in 2012 when they purchased a $24.9m Bel Air mansion together.

In 2015, they were married in a secret ceremony at that very house, attended by a host of A-list friends and officiated by Jimmy Kimmel.

However, married life didn’t last long for the pair, who announced their split in 2018.

Page Six at the time reported that Ben did not feel at home in Jennifer’s native city of Los Angeles, preferring instead to be in New York.

Following her divorce, fans became obsessed with the idea of a possible romantic spark between Jennifer and her former Friends co-star David Schwimmer.

After the Reunion show in May 2021, during which David admitted he “had a major crush on Jen”, a source told Closer that the real life Ross and Rachel had “enjoyed quality time together”.

“It became clear that reminiscing over the past had stirred up feelings for both of them,” said the insider.

However, it was not meant to be.

A rep for David told The Huffington Post the following August that there was “no truth” to the romance rumors.

Jennifer is currently single, but told SiriusXM in September 2021: “I think I’m ready to share myself with another.”