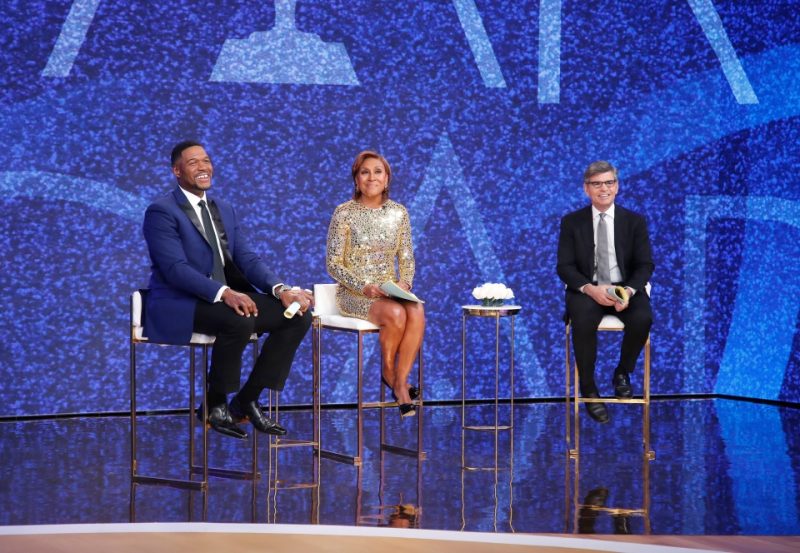 GOOD Morning America fans have grown worried for the beloved host Robin Roberts after she has been absent for two weeks.

She has gone silent on social media since Friday as well.

Robin has not appeared behind the desk on GMA since last Thursday.

Amy Robach filled in for her this week while Cecilia Vega took her spot on Friday.

Her co-host, Michael Strahan, has also been away from the desk this week, starting on Monday.

He has been replaced by TJ Holmes.

Since her absence on Friday, Robin has not posted anything on social media.

She shared the Black Panther: Wakanda Forever trailer to her Instagram on Monday, but nothing else.

No word on when either host will be back, but fans are starting to grow concerned for Robin.

“@RobinRoberts I hope you are okay you are missed at #GMA!” said another.

Robin has been working on a special project for the show, and was absent for a few days last week as well.

Amy filled in for her on Tuesday and Wednesday before she returned on Thursday.

Robin shared few details about what she is working on.

“On the road for a work assignment and still have time for… Rabbit Rabbit! That’s especially for you Missy Buchanan,” she wrote at the time.

Missy Buchanan is a writer and motivational speaker who has appeared on GMA numerous times with Robin.

The 61-year-old, however, did not reveal any more details about the project.

Back in September, Robin was missing from the desk as well, for an extended period of time.

She was on assignment again, this time in Ghana, where she danced with traditional West African dancers.

The lively dance included pulsing drum beats and singing, and she did her best to stay on beat in a circle.

Robin captioned the video: “A warm welcome to the beautiful country of Ghana!”

“On assignment for Good Morning America, can’t wait to share more!” she added.

Then, a few hours later, the GMA host posted a video of herself in front of water where she ran into actress Danai Gurira.

She informed her followers that they were going to be live on GMA as Danai took Robin through Africa ahead of the release of Black Panther: Wakanda Forever.

The next morning, she posted a video of a band playing instruments.

In the video, Robin said: “Good morning! We are here in Ghana. We are going to be live for GMA.”

ABCAmy Robach and TJ Holmes filled in for Robin and Michael, alongside George Stephanopoulos[/caption]