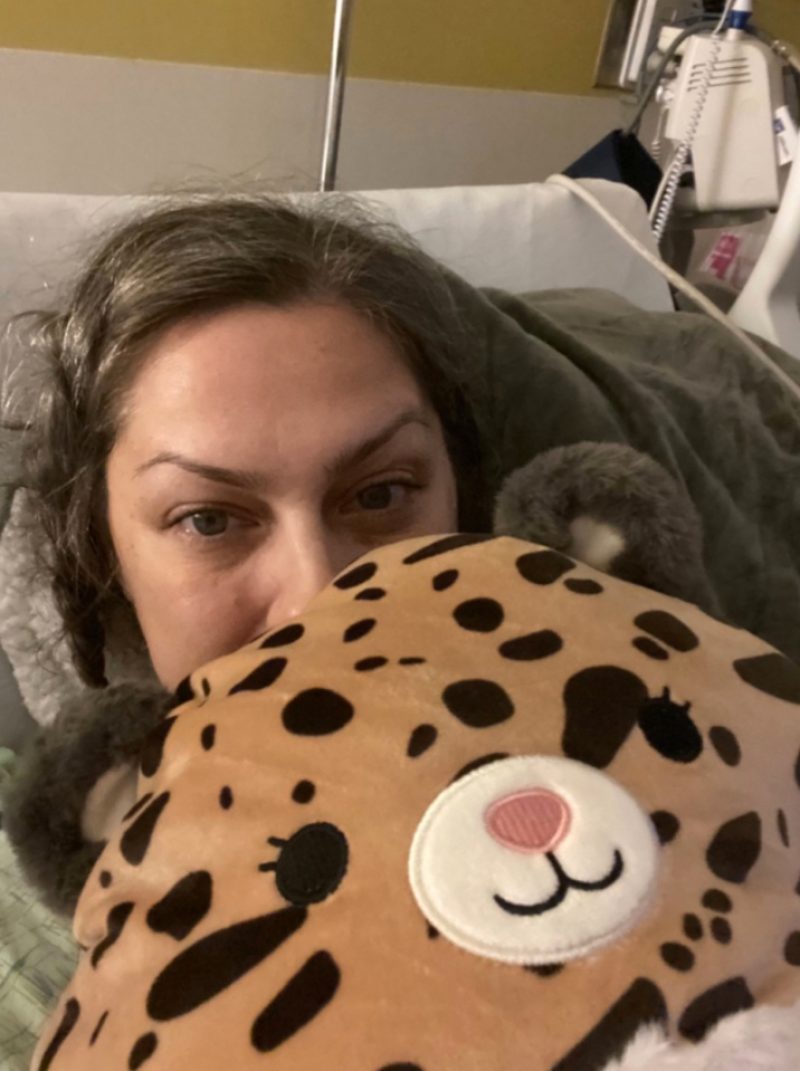 DANIELLE Colby has sparked concern with fans after sharing a terrifying health update after her surgery.

Now Danielle, 46, has updated her fans with a worrisome post as she recovers from the difficult procedure.

The reality star took to her Patreon account on Tuesday to share photos of herself wearing compression socks.

The TV personality snapped a pic in the black legwear while seated on the couch in her living room, explaining that she has “been wearing compression socks” since the day she had surgery.

Danielle then gave fans an update on her condition, writing: “Today is officially two weeks since my surgery which puts me at another important milestone.

“I’m feeling so much better! My pain is finally subdued for the most part. Occasionally if I move the wrong way or get a little too energetic, the pain will come back and I will need to rest for a day.”

The History Channel star did reveal that she’s suffered a “setback” in her recovery.

“As it turns out… That’s a Nono. Last night, I was having the worst back pain and muscle spasms I’m not sure why. I think maybe it was because I keep sleeping on my shoulders, on my sides.”

Danielle continued: “As a little helper, Jeremy was using the massager on my shoulders last night and I had a horrible muscle spasm that went from the middle right side of my back about where my bra strap is all the way down to where my uterus was and it was a searing hot sharp pain.

“I immediately thought something was terribly wrong. The pain would not go away for the entire night. Although the pain did eventually die down into a dull spasming pain. Eventually I ended up calling my doctor to find out What to do next.

“I was terrified that I was internally bleeding or that I had broken my stitches but it turns out I was just having a severe muscle spasm from the massager. I called my doctor and she informed us that that is not OK. We cannot be using any sort of massagers at this time, not until 16 weeks after the surgery.

“So last night was a little bit terrifying until I was able to speak with my doctor. Thank God for her! It was painful but we made it through the night.”

She closed: “The antibiotics have really stripped my entire system so today I am taking some Braggs apple cider vinegar and probiotics still, the probiotics never end. Every day, all day, probiotics. And giving myself grace, having patience..”

Danielle’s update came as she’s been documenting her recovery online, sharing photos and revealing her emotions as she struggles to return to normalcy.

On Monday, she shared a photo of herself enjoying breakfast at a nearby restaurant.

Danielle was dressed warmly in a white sweater and brown and black scarf, and she covered her hair with a trucker cap.

She captioned the post: “Sometimes it’s a French silk pie for breakfast kind of day.”

“How’s your health doing?” one person asked in the comments.

Another offered up: “Get plenty of rest and take it easy, one day at a time.”

While one fan made a personal plea: “Treat yourself good and get well, Danny. We need you strong again.”