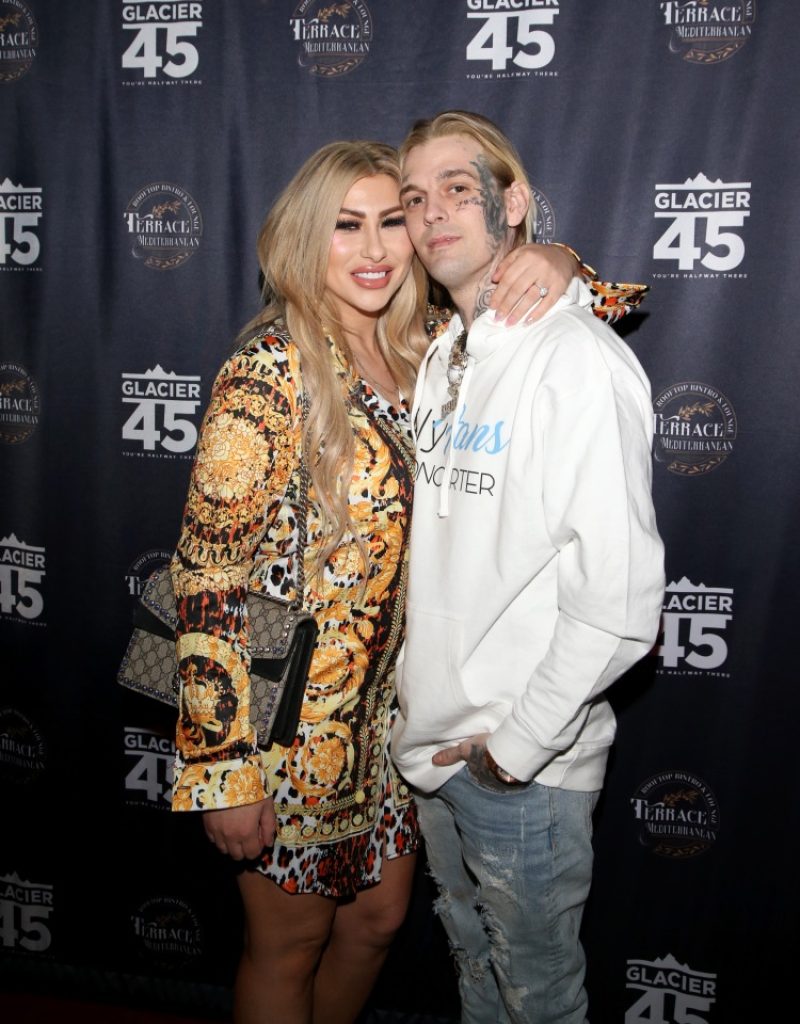 LATE pop star Aaron Carter and his on/off partner Melanie Martin had planned to expand their family, less than two months before his tragic passing.

In the couple’s last joint interview with The U.S. Sun in September, Melanie revealed on camera how they hoped to tie the knot.

Aaron, who split once more with his baby mama just weeks before his death, said he’d already planned the venue for their nuptials in picturesque Chautauqua in New York.

The town held huge emotional connections for the star, as it was where his parents said ‘I Do’ and the place his grandparents lived.

Aaron was found dead in his bathtub on Saturday morning by a distraught house-sitter at his modest home in Lancaster, California.

He and Melanie previously appeared optimistic about their future, despite the pair having lost custody of their baby son Prince in the summer.

The U.S. Sun can confirm Prince is still being cared for by Melanie’s parents in Lake Forest, California.

The former child star spoke of reuniting his family after months of troubles and warring between the pair adding “it is time to grow the f*** up”.

Melanie, 35, admitted: “Yes, of course we want more kids [but] first I want us to figure out what we are doing right now.

“And I think we already there. We are fixing things. I’d like to get married, move to another place.”

Aaron, aware that the couple had a tumultuous relationship, chimed in: “We are not there we are getting there.”

The 34-year-old, who first started dating Melanie in January 2020, then revealed plans had started for their big day.

“We want to get married in a place where my parents got married in place called Chautauqua. It is a very famous place.

“Thomas Edison lived there … all kinds of people. It Is where my grandpa, my mum’s father is from.

“That is where I want to take her to get married – the same place where my mum and dad got married.”

Aaron felt enrolling in a 30-day out-patient rehab program voluntarily would help him get back custody of their son and reunite their family as a strong unit.

Aaron declared: “It is time to grow up. Time for me to grow the f*** up and time for her to grow up too. We need to be adults that we are meant to be.

Since Prince’s birth, waitress Melanie and Aaron have endured many ups and downs, including accusing each other of abuse.

In February, Aaron filed for full legal and physical custody of his son and a petition for protection against Melanie at the Antelope Valley Courthouse in Los Angeles County.

He also alleged abuse from Melanie that was documented on February 23, 2022, although Aaron maintained there weren’t any witnesses to his claims.

In March, Melanie requested a restraining order against his on/off beau, alleging in court documents that he broke three of her ribs during a domestic dispute over medication that took place.

Melanie included medical records that indicated at least one of her ribs was broken.

But Aaron denied any abuse took place and claimed the pair were moving towards peace through therapy.

“We are in a very different place than we were then,” he told The U.S. Sun during the happier time.

“We were and still are new parents dealing with the world while also trying to navigate our own relationship.

“One of the many downsides of fame is having to deal with your personal problems publicly.

“Right now both of our priorities are putting our issues to the side and trying to build a new and better foundation for our child.”

Discussing rehab to tackle his weed addiction at the time and stop him from relapsing into harder drugs, he said: “You gotta understand I am an alumni.

“It’s no different than going into an inpatient program.

He noted that he was trying to limit the time he spent using electronic devices and checking social media, attending therapy, meditating, doing yoga, and working on music.

“I am was thinking to myself there is no need for me to hide,” he said. “I am not embarrassed.

“I don’t even care about looking good. Unless I am a 100 per cent taking care of myself.”

Aaron vowed his treatment meant he could have “no distractions” and was focused on their son and their relationship.

However, the singer, famous for hits like I Want Candy, continued to go on IG livestreams and post on social media sites during the weeks that followed the interview.

His cause of death has not yet been released, although friends fear he had relapsed into drug abuse.

Melanie has since paid tribute to her son’s father, telling People Magazine: “My heart is completely broken over the passing of my fiancé Aaron.

“I knew he was struggling, and I tried everything to help him.”

She added: “I will now be raising our son as a single mother and this is the worst day of my life, but I have to be strong for our son.”

JDMCThe couple, who endured a turbulent past, was trying to work through their issues[/caption]

InstagramAaron, 34, was desperate for them to get custody of their son once more[/caption]