Who are Bob Marley’s children? 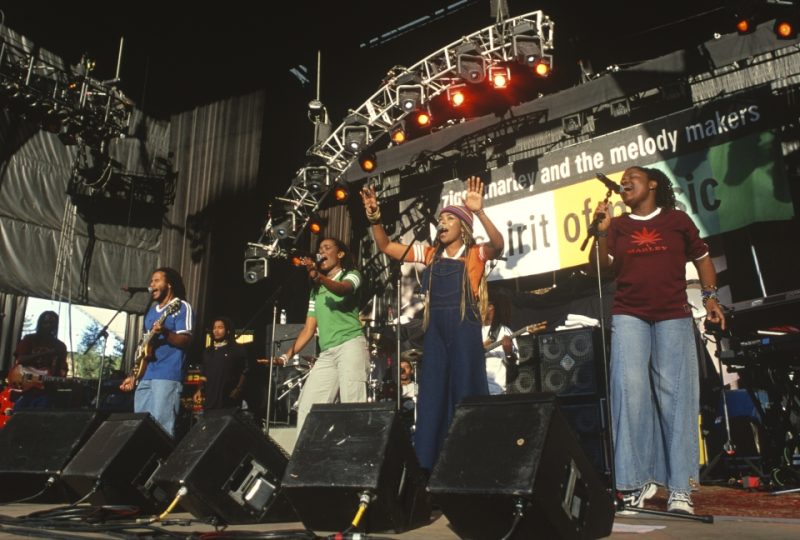 Many of the Marleys followed in their father’s melodic footsteps, continuing his legacy and keeping his spirit alive – but where are they now?

Who are Bob Marley’s children?

Marley had four children with his wife Rita, who he married in Kingston, Jamaica, in 1966.

He also adopted two of her kids from her previous relationships and acknowledges five others from different women.

Although many other individuals have claimed to be family members too over the years, Marley only officially recognises 11.

Four of the Marley siblings even formed the reggae group Ziggy Marley and the Melody Makers on the request of their father after his death.

The group was nominated for seven Grammys and won three of them.

Marley’s eldest, now 57, was the daughter of Rita who Bob adopted when the pair married.

Sharon is a singer, dancer and curator and featured in the family group with her younger siblings.

Cedella, Rita and Bob’s daughter, was named after her grandmother and was also part of the family group.

The 54-year-old has been a singer, dancer, fashion designer, actress, author and entrepreneur.

She even passed her family’s musical talent onto her own sons Skip and Soul-Rebel.

Cedella has been very philanthropic over the years, acting as director of the Bob Marley Foundation to help educational and community development in Jamaica and becoming a team benefactor to the women’s national football team.

Ziggy, also son to Rita and Bob, was the lead singer of the sibling’s group and went on to solo success with eight solo studio albums.

He self-released with his own record company Tuff Gong Worldwide and has won eight Grammy Awards and a Daytime Emmy Award now he is 53.

The fourth member of the Marley family group was Stephen, also known as Ragamufin, born to Rita and Bob.

Now 50, he is an eight-time Grammy Award winner, three times as part of the Melody Makers, three times as a solo artist, and twice as a producer for his younger brother Damian.

Robbie was Bob’s son with Pat Williams and not a member of the Melody Makers.

The 50-year-old has lead a quiet life but did appear in a documentary with his older half-siblings to uncover his family’s musical roots.

Rohan, now 50, who is the son of Bob and Janet Hunt, is an entrepreneur and former football player.

He himself has five children, including model Selah and footballer Nico.

English Karen is the daughter of Bob and Janet Bown and is now 49.

She took the route into the fashion industry rather than following her musical family and is now a designer with her own label called By Karen Marley.

Stephanie was acknowledged as Bob and Rita’s daughter, although her grandmother claimed she was the daughter of a man that Rita had an affair with.

Now 47, she leads a life out of the spotlight, unlike her siblings, working as an agent at B’Unik Modeling Talent Agency.

His mother was Lucy Pounder, but he certainly took after his father as a devout Rastafarian whose spirituality inspires his music.

Ky-Mani, whose East African name means “adventurous traveller”, is the only child of Bob and Anita Belnavis, a Jamaican table tennis champion.

The 45-year-old has made a name for himslef as a musician and actor, starring in multiple films and recording several albums.

He was only two-years-old when his father died, but nonetheless, had a notably career as a lyricist, singer and rapper.