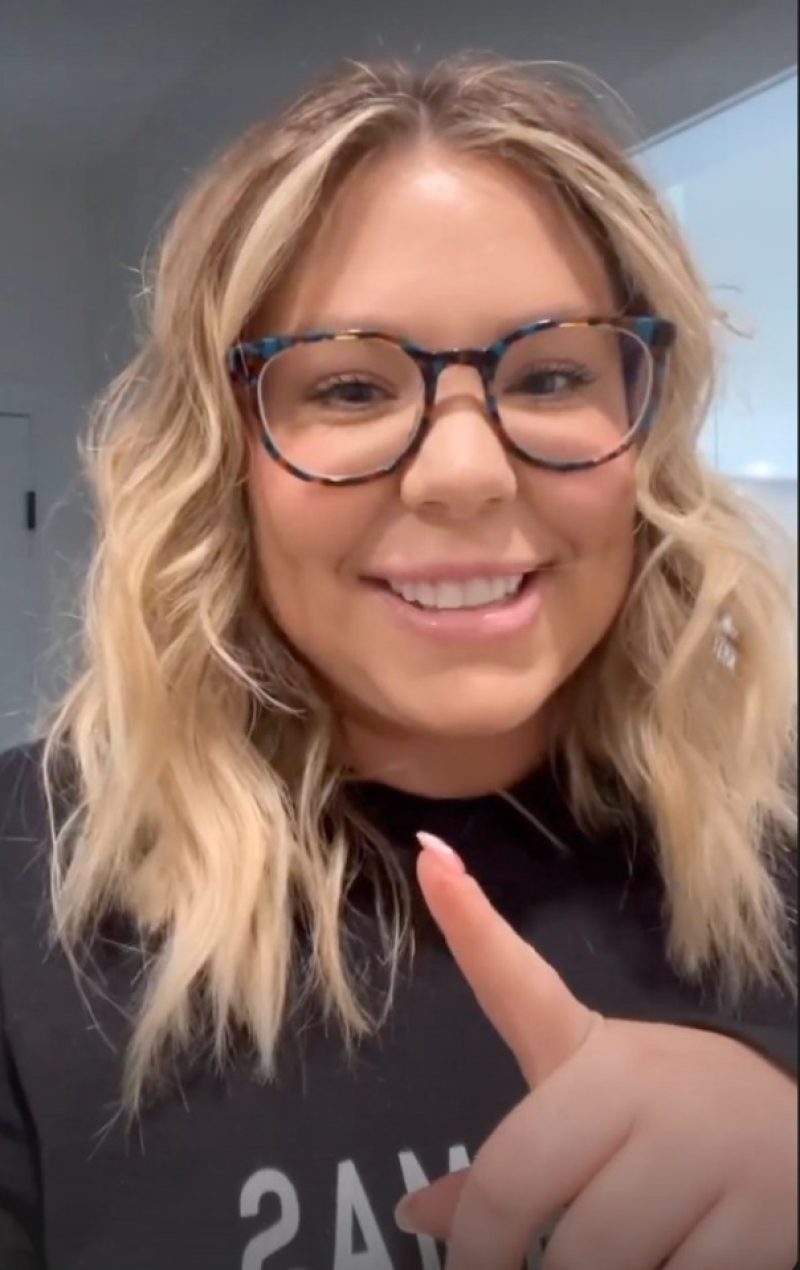 KAILYN Lowry has admitted she might have a fifth child in the future – amid rumors she’s already pregnant with Elijah Scott’s baby.

The Teen Mom 2 alum, 30, was asked about expanding her brood during an appearance on the podcast, Love & Order.

Kailyn said: “Ah, I don’t know. Like the idea of starting over. My youngest [son, Creed] is about to be two.

“I had a really hard time bonding with him – like the circumstances surrounding the pregnancy.

“Now we are so close, we cuddle. To think about starting over, I don’t know…”

The MTV alum then added: “But my boyfriend doesn’t have kids of his own so it could go either way.”

She also addressed how quickly her romance with her neighbor Elijah, 23, has progressed.

“We’ve only been together like three months. It happened pretty quickly, I will admit that,” the reality star said.

Kailyn sparked rumors last week that she could be expecting a baby with Elijah.

Fans noticed that she covered her stomach with a football jersey while posing with son Lincoln, eight, in a sweet photo.

They speculated that the reality star did so to hide a blossoming baby bump.

And just days later, Kailyn once again concealed her midriff while posing with her ex Jo Rivera and their son Isaac, 12.

The exes came together to support their son at his school’s talent show.

Kailyn posted a photo of them posing as Isaac showed off his award.

In the shot, her stomach was partially hidden behind a crossbody bag and baggy shirt.

One fan wrote on Reddit: “Kail has covered her stomach in her last two recent photos.”

Another added: “Baby number five is coming,” and a third posted: “She pregnant AGAIN.”

Kailyn also set tongues wagging last week when she posted a screenshot of her Google search, which read: “symbolism of a snake.”

According to the search, a serpent represents fertility and rebirth, and could mean a creative life force, transformation, immortality, and healing.

The Sun previously confirmed that the 30-year-old is dating her Delaware neighbor Elijah.

One of her exes claimed the pair had already moved in together back in April after only a few months of dating.

InstagramFans believe she could be pregnant with her boyfriend Elijah[/caption]

INSTAGRAM/ kaillowryDays earlier, she concealed her stomach in this snap with her son Lincoln[/caption]