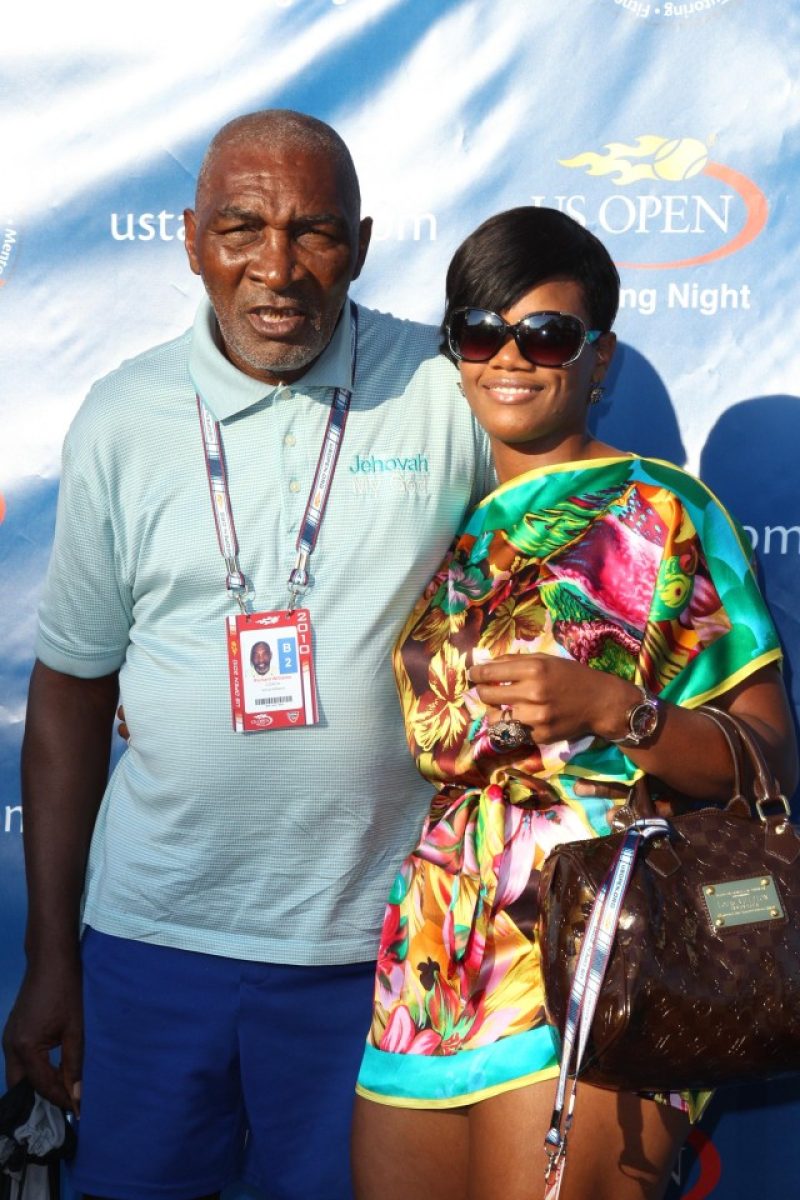 KING Richard Williams is demanding $1million from his estranged wife – despite claims the pair recently reconciled and have a hot sex life.

Serena and Venus Williams’ father has filed a lawsuit against their stepmom Lakeisha, whom he blames for losing their marital home in Palm Beach Gardens, Florida.

Richard Williams and his estranged wife Lakeisha have been at war in court for yearsJIMI CELESTE/Patrick McMullan via Getty ImagesGeneral view of the disputed property of Richard Williams in West Palm Beach, Floridathe us sun

Just a month ago, it seemed like the pair had kissed and made up amid a five-year divorce battle.

Lakeisha, 43, claimed in court documents that they’d been reunited and were enjoying a “sizzling sex life,” despite Richard, 80, suffering two strokes and the onset of dementia.

“The wife believes that the parties have reconciled and have engaged in an active marital life including having regular weekly sexual relations including but not limited to on January 9, 2022, the night before filing this motion,” Lakeisha’s attorney wrote in papers.

The legendary tennis coach and his spouse had been at war over their four-bed mansion, with Richard claiming in court docs she’d remortgaged by faking his signature and he ended up handing over the place for just ten bucks.

Lakeisha then approached ‘hard lender’ David Simon, who loaned her $279,000, which she blew on a failed trucking business, according to court documents.

She then lost a lawsuit against Simon, who demanded his money back plus interest, and the property was due to be auctioned on 18 February, but the day before, Lakeisha filed for Chapter 13 bankruptcy and stalled the sale.

Now, Richard, who was portrayed by actor Will Smith in the Hollywood biopic, wants the money from that property sale to go directly to him plus legal fees, according to the suit filed at the US Bankruptcy Court Southern District of Florida.

He says that instead of giving Simon back the money she owes, which now totals $517,000 including interest, he is demanding that amount plus his lawyer’s costs, which could easily double it, to go over the one million mark.

The on/off couple, who share one young son together, have been at war for six years and their divorce includes several lawsuits.

In court docs, Richard’s lawyer Thomas Gruseck states: “The defendant, Lakeisha Williams, is one hundred percent at fault, by virtue of her improper actions as set forth above, for the encumbrance reducing the net value of the Plaintiff’s subject property by virtue of the mortgage in favor of David Simon.

“Plaintiff has retained undersigned counsel to prosecute this claim and promised to pay him a reasonable fee for his services. However, Plaintiff should not have to bear the cost of undoing the results of Defendant’s wrongful conduct, and attorney’s fees and costs are a part of a claim for common-law indemnification.

“Judgement should be entered in favor of Plaintiff against the Defendant Lakeisha Williams, for the full amount necessary to pay off the mortgage in favor of Defendant David Simon, trustee.

“Wherefore the Plaintiff, Richard Williams, demands judgment against the Defendant, Lakeisha Williams, compensatory damages, attorney’s fees, and costs, and all such other relief as appears just and appropriate under the circumstances, for the foregoing reasons.”

If Lakeisha fails with her bankruptcy bid, she will potentially lose her home, as the auction will continue with either Williams or Simon, plus other creditors, taking much of the proceeds from the sale.

Simon wants the new case to be thrown out and has subpoenaed both Lakeisha and Richard to appear, via Zoom, at DGIM Law offices in Aventura, FL, who are representing Simon.

He’s contesting Lakeisha’s claim that it’s her main home and should come under the Chapter 13 “homestead exemption.”

Simon has provided an affidavit signed by Lakeisha at the time of the loan in February 2017, which stated that “the debtor swore under oath that the House is not her homestead” and the “loan proceeds are to be used for business and commercial purposes.”

Instead of losing the house, Lakeisha wants to pay back her debts in installments, starting off at $8,293 for the first 15 months, $8,033 for the next 24 months, and $8,083 for the last 21 months, but Simon claims that Lakeisha’s monthly income isn’t enough to support the plan.

Richard bought the property in 1995 for $355,000 with Serena and Venus’s mom Oracene, before they divorced in 2002, and he retained the place as part of the breakup deal.

The Sun previously revealed Richard is now living in a new home in the same city, which is owned by their daughter Serena, who paid $815,000 for the one-story property in June 2015.

The place is perfect for Richard’s reported fragile state, all on one floor, and has four bedrooms, and five bathrooms, with over 4,160 square feet of room.