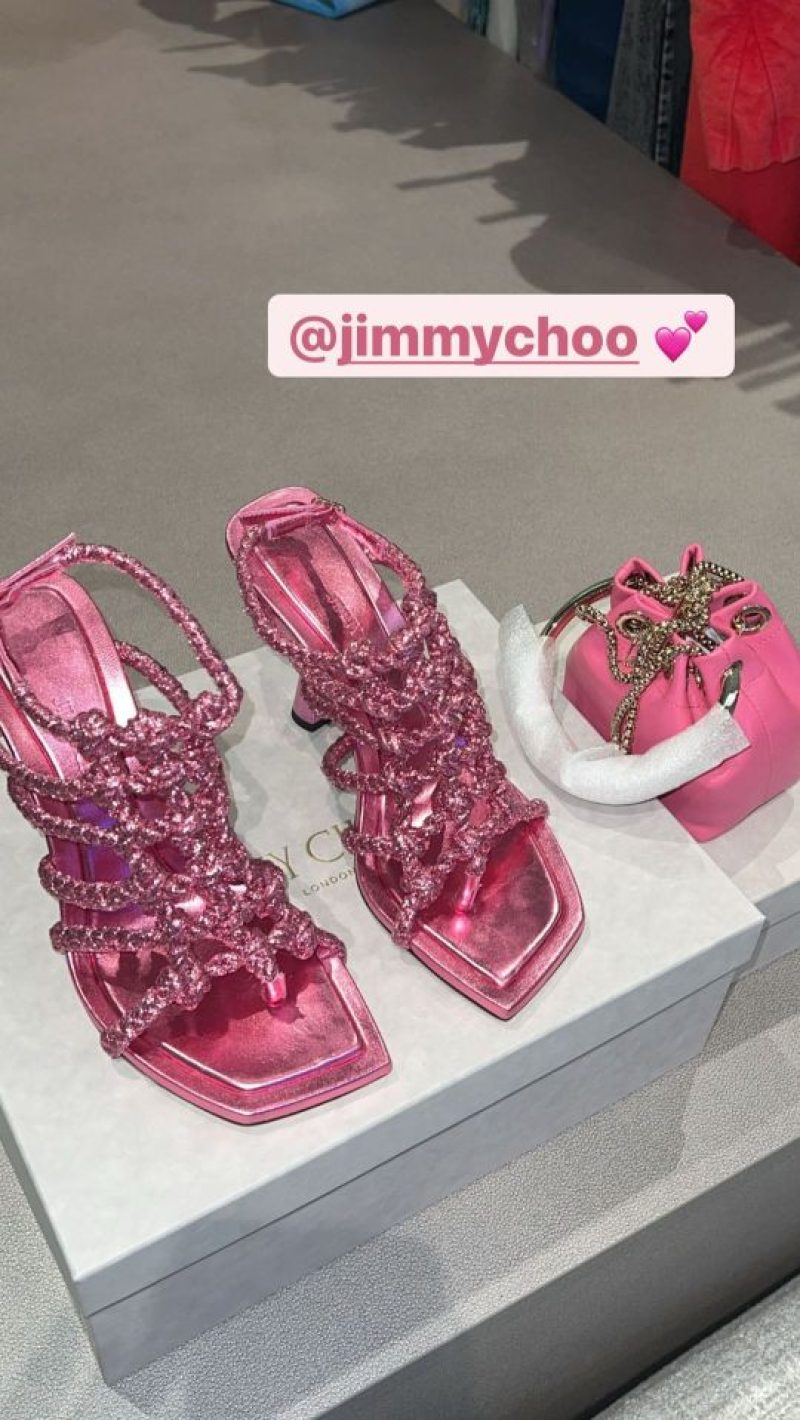 Kylie Jenner has shown off her latest luxury fashion finds including a $1.5k pair of shoes and a $750 bag.

It comes after the reality star has faced backlash for “flaunting” her wealth.

Taking to her Instagram stories, 24-year-old Kylie revealed her latest wardrobe additions to her fans.

She showed off a pair of pink sandals and a matching bag by luxury brand Jimmy Choo.

The Italian-made candy-pink shoes are worth a whopping $1,550 and feature hand-braided detailing.

They will likely be worn to compliment one of Kylie’s summer looks as she continues with her postpartum journey.

Next to the shoes sat a mini bag in a matching shade worth $750 and also by Jimmy Choo.

The kitsch accessory features a gold handle and shoulder chain and delivers a lot of style despite its small proportions.

Although the bag doesn’t offer much room for diapers and baby clothes, mom-of-two Kylie shared her love for the new items.

She tagged the designer in the post and added a pink hearts emoji.

The Kylie Cosmetics mogul has a penchant for pricey fashion accessories, and last week showed off her $3,000 Balmain goodies including a pair of personalized gloves.

She took to her Instagram Stories to share a snap of various items from the French designer including a small, neon green purse coming in at $2,550, a pair of quilted leather slippers worth $750, and a pair of driving gloves featuring the name Kylie.

She might want to wear the gloves when behind the wheel of her new $270k Lamborghini, which forms just a small part of her $6m car collection.

However, not all of her followers were impressed, and some took to a Reddit thread for Kardashian fans to share their criticisms.

“Imagine being that rich that can you just drop $200K on a basic looking bag,” one snarked.

“Must be nice to swipe and not worry about your bank account ever again,” wrote another.

A third person told the cosmetics mogul: “Keep flaunting your wealth Kylie – that’s the only thing you know how to do.”

The TV star’s children- daughter Stormi, four, and her baby boy who is currently unnamed– have not been left out of the lavish lifestyle either.

Kylie recently had her eldest child tow a $2K pink Prada bag, while she previously flaunted a $5K Dior stroller for her newborn after buying him a Chrome Hearts stroller said to be worth $10K.

Meanwhile, the makeup mogul recently took some time out to enjoy a getaway in Utah during which she stayed at a $5K-per-night luxury hotel.

Kylie shares her two children with rapper Travis Scott, who is preparing to make his musical comeback following the Astroworld tragedy last November.

InstagramKylie gave birth to a baby boy in February, her second child with Travis Scott[/caption]