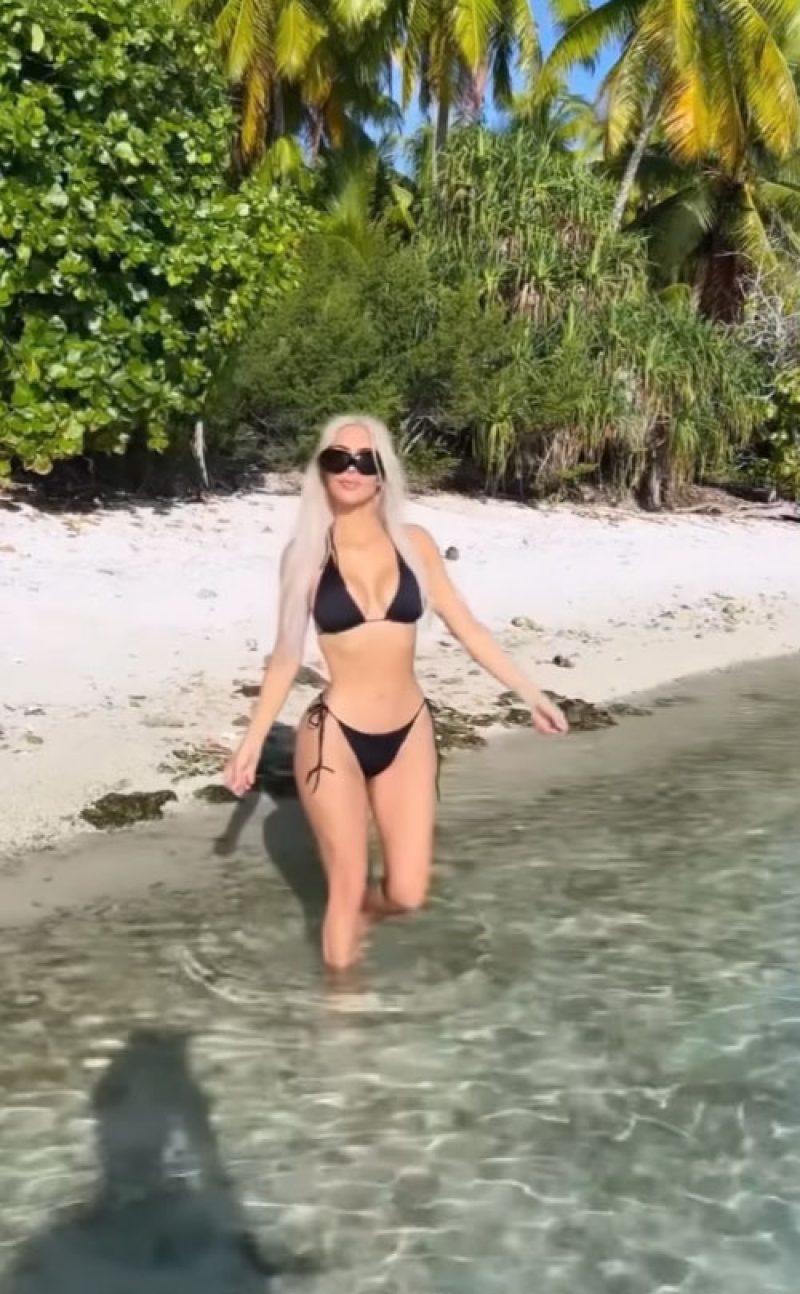 KIM Kardashian appeared to suffer a photoshop fail in a video of her frolicking in the ocean during her tropical vacation.

Her boyfriend Pete Davidson filmed her slowly walking into the water while wearing a tiny black bikini.

InstagramFans noticed that her belly button ‘disappears’ at one point[/caption]

Fans noticed that Kim‘s belly button appears to “disappear” before coming back again – which they claimed is a tell-tale sign of editing.

Another wrote: “Damn she lost so much weight the belly button just straight disappeared did y’all see that?!”

A third posted, “Her belly button just disappears,” and a fourth commented: “Lol little blurry around the tummy edges.”

Kim and Pete jetted on their tropical vacation on Monday and have been enjoying boat trips and turtle spotting.

It’s not just the reality star’s body that appears to have got the editing treatment while on holiday, as a snap of Pete also appeared to have been photoshopped.

One of the photos in the series posted to Instagram shows a close-up of Pete on a boat, wearing black collared shirt, black Prada sunglasses and a hat.

Fans scrutinizing the picture noticed a recent tattoo on his neck has been photoshopped out.

A few months ago, the initials of Kim and Kanye West’s four kids seemed to appear on his neck.

The tattoo simply read: “KNSCP” – the first initial standing for his famous girlfriend and is near his collarbone.

The order of the children’s initials then goes from the oldest to youngest – and while fans immediately ripped it as “weird.”

Fans on Reddit were quick to notice the omission in the vacation pictures.

One fan said, “Good, because that’s one of the stupidest things he’s ever done, plus creepy.”

Another Redditor asked, “Are we sure the collar isn’t covering that area of his neck?”

It isn’t the only tattoo he has seemed to get for Kim.

Kim posted a black-and-white close-up shot of another Pete tattoo recently, which reads, “My girl is a lawyer”.

The E! star had previously failed the bar exam numerous times before finally passing the test.

Pete also has a neck tattoo, which reads “Kim.”