Who is Young-hee from Squid Game and who is her boyfriend? 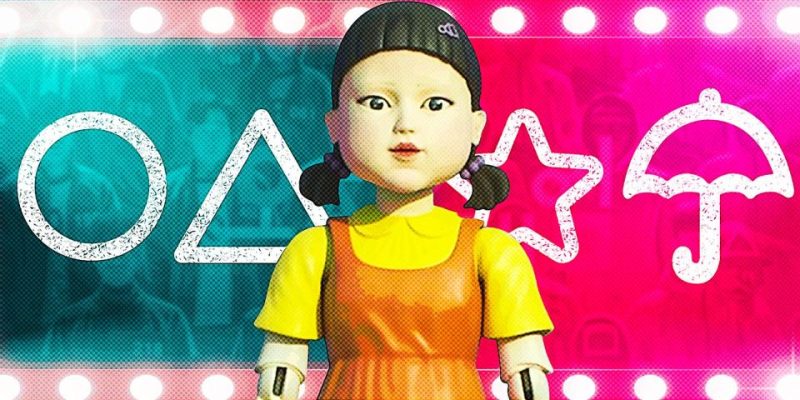 YOUNG-HEE is the animatronic killer doll from the first season of Squid Game.

The show’s director Hwang Dong-hyuk revealed Young-hee has a “boyfriend”.

What is Young-hee in Squid Game?

Young-hee, also known as The Doll, is a large motion-sensing animatronic doll that was used in the first game.

The doll played “Red Light, Green Light” in which her eyes were able to scan the movement of players quickly to see if any players were moving after hearing “red light,” Squid Game Fandom reports.

Players who did move were shot dead.

Based on the Korean textbook character of the same name, Young-hee resembles a young girl with black hair in low short pigtails with faded purple beads and a barrette in her hair, according to the fan website.

Announcing that a second season was on the way, Dong-hyuk said: “You’ll also be introduced to Young-hee’s boyfriend Cheoul-su.”

Explaining the origins of Cheoul-su, one Twitter user wrote: “In the Korean textbooks that inspired Cheol-su and Young-hee, Cheol is her brother, but they changed him to being her boyfriend for Squid Game.”

Will there be a second season of Squid Game?

Squid Game is getting a second season, as the creator of the Netflix hit series promises the return and important mission for a key character.

Since its explosive debut on September 17, Squid Game has surpassed all expectations, topping the Netflix charts in 90 countries and becoming the streaming services’ biggest ever series launch.

And now, according to series creator Dong-hyuk, the Korean drama is returning for another season – much to the delight of fans worldwide.

Hwang spoke to the Associated Press about his triumph on the streaming platform and the hunger for more.

“There will be a second season,” confirmed Hwang.

“So, there’s been so much pressure, so much demand, and so much love for a second season.

“I almost feel like you leave us no choice, but, I will say there will indeed be a second season.

“It’s in my head right now. I’m in the planning process currently, but I do think it’s too early to say when and how that’s going to happen.”

The drama follows desperate, debt-ridden contestants who are offered the chance to win millions by taking part in a mysterious tournament.

There’s a cash prize of 45.6bn won (£28m) at stake, but only if the contestants manage to win a series of games traditionally played by children.