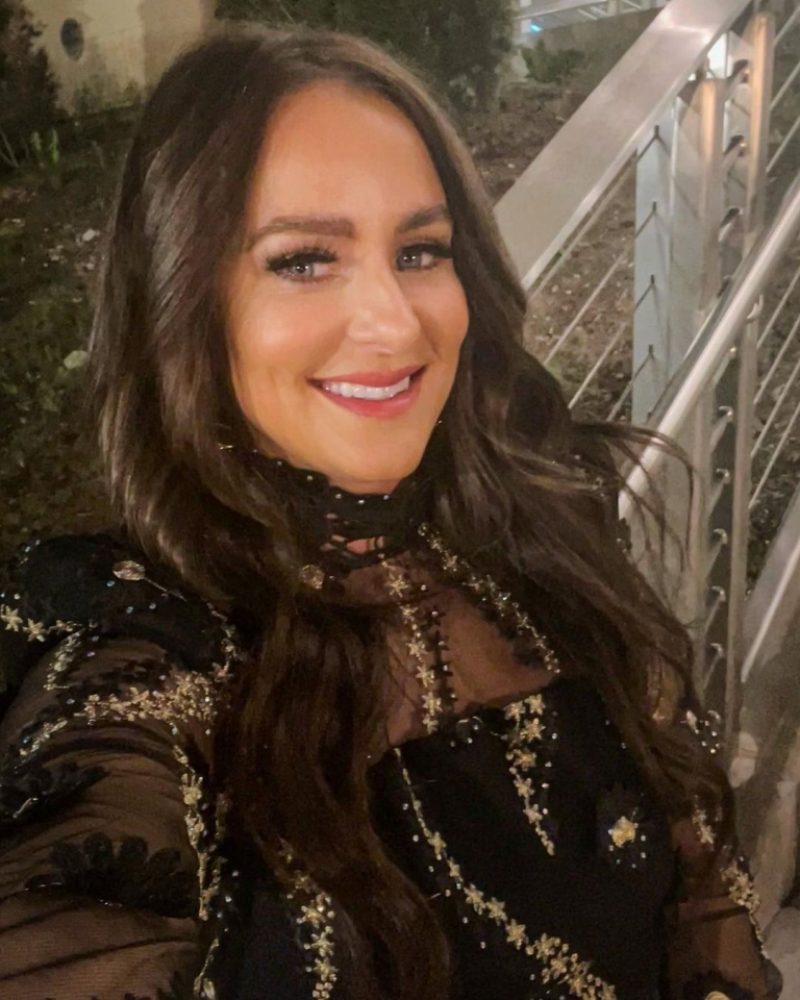 LEAH Messer has shared adorable photos of her three daughters Ali, Aleeah and Addie from a sweet day out.

The 30-year-old Teen Mom 2 star’s fans were shocked by how “grown-up” her children looked.

InstagramLeah Messer has shared adorable photos of her three daughters Ali, Aleeah and Addie from a sweet day out[/caption]

Leah posted cute photos of twins Aleeah and Aliannah, both 12, on her Instagram Stories.

Aleeah tucked into an iced cupcake while Ali sat in the backseat of the car with their new French bulldog puppy on her lap.

In another photo, Leah’s youngest daughter Addie, nine, was seen taking their puppy for a walk in the woods.

Fans flooded Reddit to praise the sweet shots, with one writing: “I feel so old! They’re so grown up and cute! Bless.”

Another added: “It just hit me that I’ve been watching these kids on TV since I was 12, and now they are all 12-13! It’s so bittersweet to see them go from babies to thriving teenagers.”

A third posted: “Well I feel 1000 years old but the girls are lovely and I’m so glad they seem healthy and happy.”

Leah shares Aleeah and Ali with her ex Corey Simms, and Addie with Jeremy Calvert.

While the TV star’s love for her children is undeniable, fans recently questioned the love Leah has for boyfriend, Jaylan Mobley, 25.

In the season finale of the MTV series, Jaylan discussed his thoughts on marriage with the 16 & Pregnant alum.

However, Leah, who is twice divorced, didn’t seem keen on saying ‘I do’ again.

“Never getting remarried,“ she curtly told him.

Leah asked: “Why do you need marriage documents or legalized documents, can’t you just be in love, be happy, have a family, and not have to have these sealed documents?”

Although he replied, “Yeah,” Jaylan looked visibly upset as she continued, “sometimes traditions are annoying.”

Fans in the comments section of the show clip appeared to sympathize with the boyfriend, who has not been married before and doesn’t have any kids of his own.

One warned: “Jay, you might wanna take a step back. She doesn’t want what you want, so don’t settle.”

Another shared: “His face made me sad for him. I’ve been in that very moment so I know exactly how he’s feeling.”

A third chimed in: “Poor guy never got to experience it [marriage], but she will give in when time goes by. Love their maturity.”

Although Leah may not be “all in” on the idea of marriage, she had no problem adding an additional member to the family with boyfriend Jaylan.

Recently, Leah and Jaylan introduced fans to the newest member of their clan, a puppy called Blue.

The military veteran shared a series of photos on Instagram of themselves with their dog, which joined the family not long after they purchased their first home together.

Jaylan wrote alongside the post: “Everyone meet my boy Blue. Thank you baby for the surprise @leahmesser.”

He wrote: “Everyone meet my boy Blue. Thank you baby for the surprise @leahmesser.”

In the first of several photos, Leah and Jaylan posed side-by-side, holding the puppy in their hands.