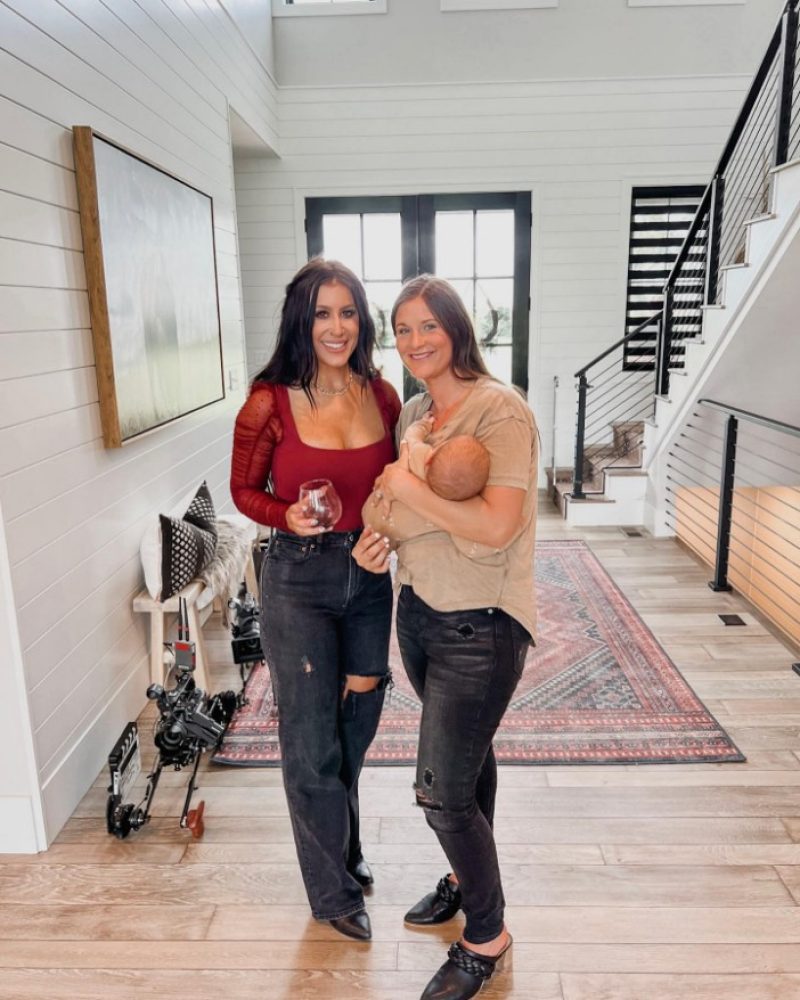 CHELSEA Houska has shown off her trim figure in a new Instagram photo after fans accused her of photoshopping social images.

The Teen Mom 2 alum showed off in a tight low-cut red shirt with sheer sleeves.

The MTV alum paired the body-hugging shirt with a pair of black ripped jeans and what appears to be a glass of wine.

One fan on Instagram praised her saying, “I need that red shirt!”

Chelsea recently sparked claims that she altered some of her snaps after a fan compared multiple pics of the star.

A Reddit user posted side-by-side shots of Chelsea – one which the reality star was tagged in, the second was a pic she shared.

Fans voiced their opinions in the comments after noticing the mom-of-four’s seemingly thinner waist size in the second snap, despite modeling similar styles.

“I’m sad that she feels the need to do so much editing,” one person wrote.

“Her tagged pic looks so much better. Like WTH Chelsea? U don’t need photo shop! She was always the prettiest to me and I think the best mom,” another remarked.

Last year Chelsea admitted getting “clear braces” as she took to her Instagram Story to share a video of herself at the dentist.

She began: “We’re giving the clear braces another shot.

“But in my defense, I didn’t wear them because I was filming before and people were making fun of how I talked.”

She continued to document her trip to the dentist, as she shared a clip of herself wearing a dental retractor and later shut down rumors that her father, who is also her dentist, never gave her lip injections.

In the new series of Instagram photos, Chelsea also includes pictures of her and her husband Cole DeBoer, 33.

There are also various photos included of a home improvement project, with Cole holding up a backsplash on a wall.

They are currently in the middle of filming their new HGTV show, which is titled Farmhouse Fabulous.

Set to debut in 2023, Farmhouse Fabulous will follow the duo as they help families renovate their homes.

A fan wrote on Instagram, “Wait, are ya’ll back on TV?”

Back in February, Chelsea and Cole were sued by the consulting company Envy for about $3million for allegedly withholding money made from social media promotions.

They live in a $750,000 farmhouse in South Dakota, which they constructed and designed themselves.

The couple often gives fans a glimpse into their dream house, recently showing off their super-organized closet and walk-in pantry.

Chelsea and Cole, are parents to daughters Layne, three, Walker, one, and son Watson, five.