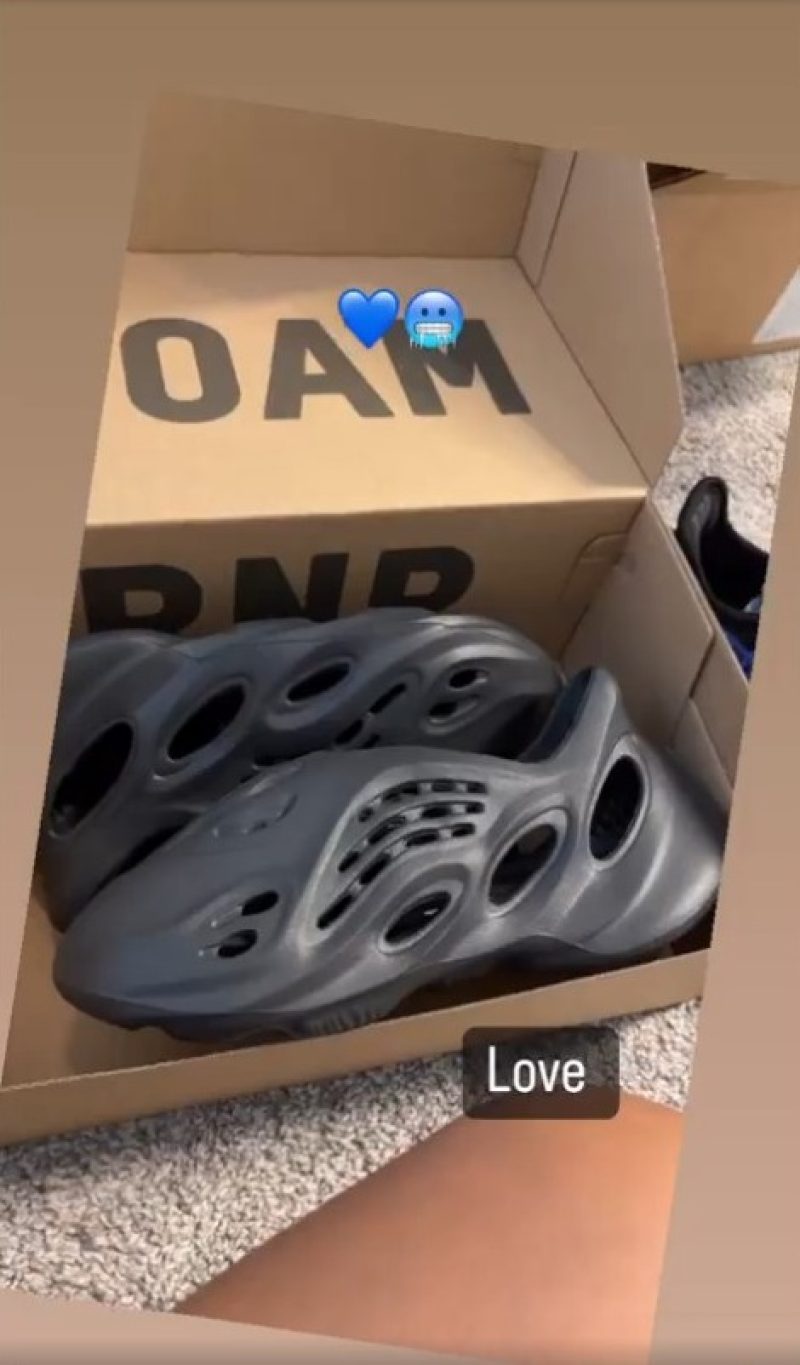 TEEN Mom Briana DeJesus has shown off nearly $600 in new sneakers after the reality star boasted that she won about $100K in the defamation lawsuit against co-star Kailyn Lowry.

Briana, 28, shared her shopping experience in an Instagram Story.

The Teen Mom 2 star teased the two pairs of sneakers she bought from the Adidas/Yeezy collection.

The black shoes had a thin blue stripe along the sides.

The MTV star captioned the post: “Love.” along with a blue heart emoji.

The MTV Mom shares daughter Nova, 10, with Devoin Austin, 29, and Stella, four, with her other ex Luis Hernandez.

At the beginning of June, the Teen Mom star appeared to have boasted about her legal win in the defamation lawsuit.

Briana was accused by her former castmate of making “false” comments about Kailyn Lowry, 30, physically abusing her ex Chris Lopez.

She then filed for the case to be dismissed, and the judge agreed.

According to documents obtained by The Sun, the case was dismissed back in April in favor of the Florida native, as the judge found Kailyn’s claims to be unfounded.

The judge agreed with Briana that Kailyn was required to give her notice that she was about to file the lawsuit, but she did not comply.

Briana reportedly took a nasty dig at Kailyn on social media in a since-deleted tweet.

She allegedly tweeted: “Taking antidepressants once you realized you can’t always use the courtroom/ color of our skin to shut people up.

“Highlight of my life = having a loving family, which you don’t have, so I’ll always be winning.”

Although Briana’s tweet was deleted, her scathing statements were resurfaced by plenty of Teen Mom fans who took notice.

In an Instagram post, the mother of two posted a screen grab from her iPhone, which included a calendar schedule for Wednesday, June 1st.

She captioned the post: “Tomorrow will be a good day,” along with a laughing emoji.

“And I get to see some of my favorite people.”

The TV personality is also the mother of Lux, three, and her one-year-old son Creed with her ex Chris Lopez, and shares her 12-year-old Isaac with Jo Rivera.