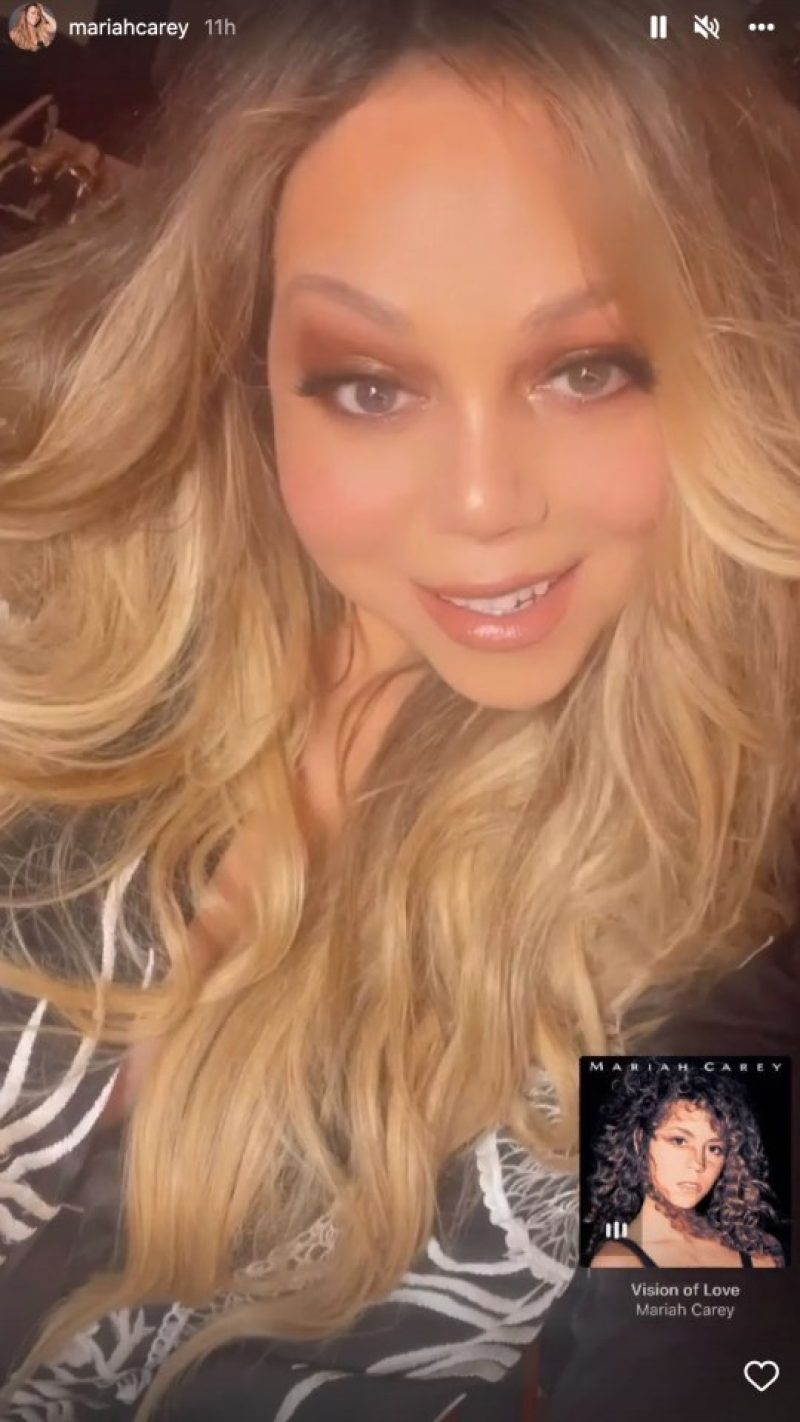 MARIAH Carey has shared a strange new video leading fans to believe she has a brand new face.

The singer has been focusing on her career and family as her ex-husband Nick Cannon prepares to welcome his ninth child.

The Queen of Christmas wore full glam makeup and had her blonde hair styled in beachy waves as she posed for the camera.

The mother of two blew her fans a kiss and then smiled away from her phone as the clip cut out.

Mariah added her song Vision of Love as the background tunes for the video.

ALWAYS BE HER BABIES

The pop star looked nearly unrecognizable as she celebrated the 32-year anniversary of her self-titled debut album.

“New face?” one asked, while a second ranted: “How many fillers can one get??? Dear Lord????? Love you Mariah but so damn insecure I don’t even recognize you. Way too much just way too much.”

“Is this the real Mariah?” a third asked.

A fourth inquired: “LOOKING 12 – OMG HOW,” while a fifth advised: “Don’t need the eyeshadow so dark pretty lady.”

The beloved singer has been enjoying life with her twins Moroccan and Monroe while their father Nick Cannon prepares to welcome his eighth and ninth children.

In March, Mariah shared a photo with her 10-year-olds, and fans were in shock at how grown up they looked.

The busy mom posted pics from the trio’s night at the beach along with her boyfriend Bryan Tanaka on Instagram.

In one candid shot, the Always Be My Baby singer was smiling while cozying on a blanket and pillows next to the fire.

She showed off her toned legs in a skirt with a high slit and a black top.

The music star donned a collection of sparkly diamond jewelry with her curly brunette locks pulled back in a half ponytail.

In a second snap, the mom-of-two cuddled with her 38-year-old beau as he wrapped his arms around her.

The backup dancer wore a black tee-shirt and a black and white bucket hat covering much of his face in the pic.

Mariah’s children joined their mother for a third shot as they lay on the blanket alongside her.

The group smiled at the camera as Mariah linked her arms around their matching curly locks.

Mariah’s man added his own thoughts about the night in the comments, writing: “3/27 on ”

The outing seemingly was to celebrate Mariah’s 53rd birthday.

However, fans drew their attention to the Grammy-winner’s seldom-seen kids as commenters were shocked at how mature they looked.

One user wrote: “the twins grew up SO FAST”

While a slew of others agreed, replying with hearts and heart-eyed emojis.

Mariah was married to the twins’ father Nick Cannon, 41, for six years, before announcing their amicable split in August 2014.

Nick filed for divorce in January 2015, but the exes remain close and co-parent their kids.

The TV show host recently announced that he would be welcoming his ninth child.

In addition to his kids with Mariah, Nick also has Golden, five, and Powerful Queen, one, with Brittany Bell.

He welcomed another set of twins with model and influencer Abby De La Rosa, named Zion and Zillion, now 11 months.

He and Abby are also expecting their third child together at some point in October of 2022.