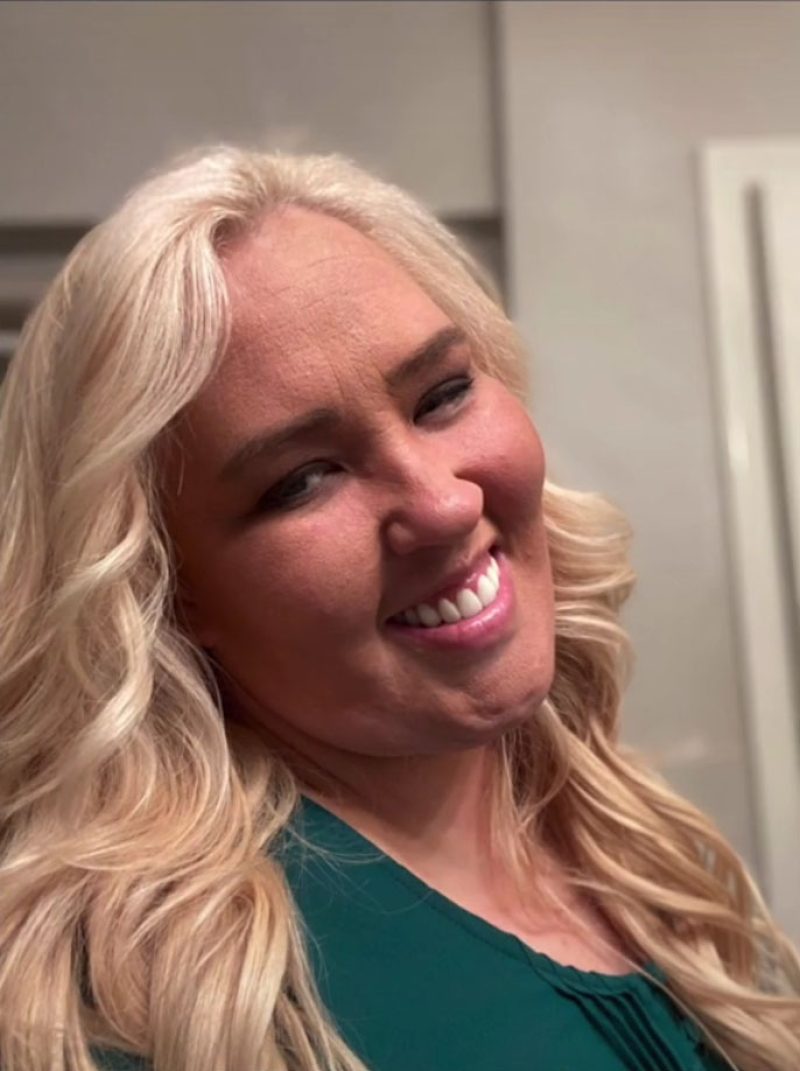 MAMA June Shannon, 42, was accused of ignoring the needs of her four daughters while splashing out $90,0000 in jewels and gifts for her ex-boy toy, Jordan McCollum, 24.

Jordan opened up to The Sun about the Road to Redemption star paying his rent for five months in Alabama to the tune of $9,000.

TikTokMama June Shannon shelled out around $90,000 on her young TikToker boy toy[/caption]

The young TikToker, who gave a full interview to YouTuber Elle Bee, said June would send him spending money at the tune of $200 at a time, and that she bought him between $50,000 and $60,000 worth of jewelry.

In the interview Jordan said he came back to the house they shared and June had gifted him several pricey pieces.

“She said ‘This reminds me of you.’ It was a lion pendant, a lion ring and a gold chain. And she said ‘It reminds me of the fierce person you are and how much you went through and how far you’ve come.’”

Jordan said June would complain to him: “‘I help all these other people out and I feel like everyone uses me and nobody does anything for me,’ but I’m like ‘use this money for your kids.’”

“At the time, I was trying to win back custody rights to my own kid. June spent $20,000 for my lawyer to fight my case and I’m grateful she did because I could be in prison right now for some of the charges I was facing.”

Jordan said although he was grateful for the things June did for him, he claimed she wanted more from him than to just be friends.

He felt like her gifts came with expectations from him for their relationship which he was unwilling to meet.

“I was wearing $200 jeans, and $300 shirts and I was burning through $1,000 in gas. You don’t give an addict just out of rehab everything,” he said, adding that it all almost brought him to a relapse.

“All of the financial things she did for me was a rush, it gave me adrenaline. It was something I never had and I did take advantage of it for a short period of time,” Jordan admitted.

Jordan also claimed that June missed her grandson’s birth because she wanted to visit him in Alabama.

Viewers of the show however heard a different story from June, who claimed to have fled from production for three weeks- missing Bently’s birth to hide out in an Alabama hotel after breaking up with her longtime boyfriend Geno Doak.

An insider has claimed mom of four, Lauryn Pumpkin Efird, 22, is furious with her mother June for allegedly not visiting her and her new twin babies since she first met them at the hospital in May.

As The Sun first reported, Pumpkin and her husband, Josh Efird, welcomed a girl and a boy on May 19.

The source said: “June has not been by to see Pumpkin or the babies since they’ve been home.

“She hasn’t been to their house to check on her or try to help.”

June has been living with her new husband Justin Stroud, 34, in Alabama as he deals with legal issues which currently prevent him from living out of state.

But a source close to June defended the 42-year-old reality star, and said that she visited the babies along with her new husband Justin when they were born at the hospital via C-section.

The source also claimed June has plans to come to visit her daughter and four grandchildren soon.

Pumpkin has not responded to The Sun’s request for comment.

Josh, 25, and Pumpkin certainly have their hands full, with son Bentley, 10 months, and daughter Ella, 4, already at home.

In Georgia court documents first obtained by The Sun, a judge awarded sole custody of Alana, 16, to her sister Pumpkin, 22, away from their mother June.

The young mother has been Alana’s legal guardian since August of 2019, following Mama June’s downward spiral into drug addiction.

In the final order issued in April 2022, the judge wrote that Pumpkin “has had guardianship of the minor child since April 29, 2019.

“It is in the best interest of the child that the plaintiff is awarded sole custody.”

Additionally, the 22-year-old mother of four will have the discretion to allow “visitation between the defendant [June] and the minor [Alana].”