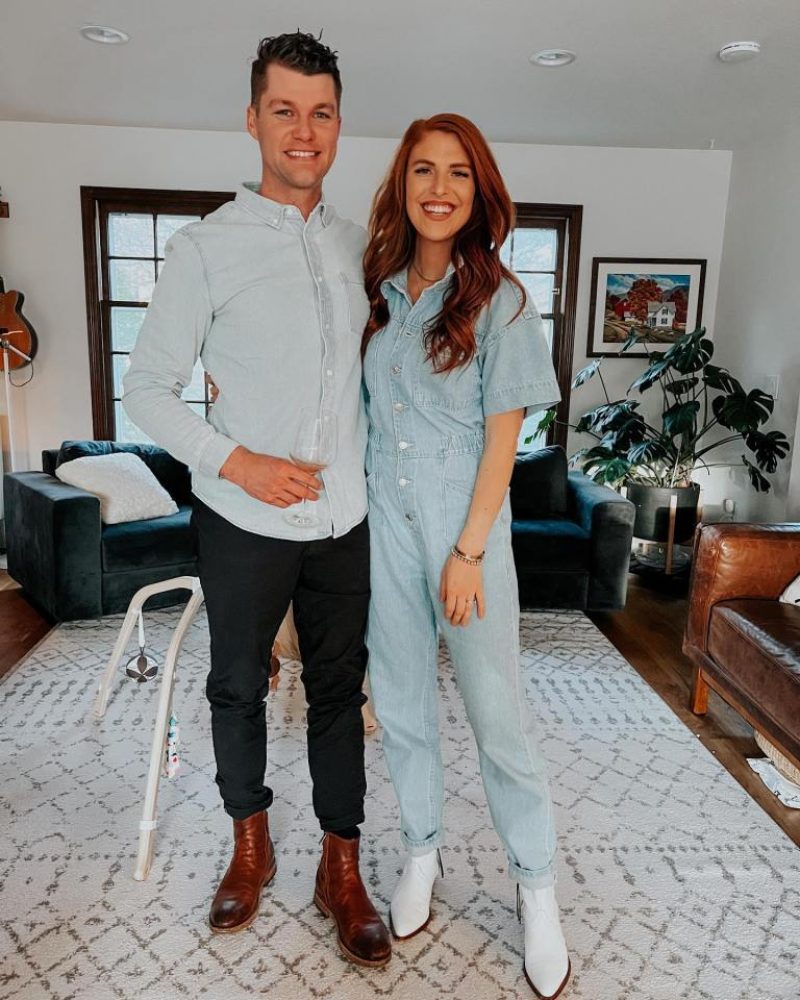 LITTLE People’s Audrey and Jeremy Roloff have listed their $729K Oregon home for sale featuring a big backyard after they bought their new $1.5million farm.

The Sun can exclusively reveal Audrey and Jeremy are fully committing to their new farm journey.

The Sun can confirmed Audrey, 30, and Jeremy, 32, have listed their old four-bedroom, two-and-a-half bathroom Portland, Oregon home on the market.

The listing has been posted for three days as the couple is settling into their new $1million farm.

read more on the roloffs

The Roloff’s left their personal style in the space, as the renovations made their home spacious, all-white and filled with natural light.

Light wood flooring covers the front door entryway, which opens up into the living room, dining room, kitchen and staircase all in one square space.

The living room includes a massive open fireplace and the kitchen has a rustic feel to it with hanging ceiling lights and white square tile on the walls.

A back hallway sits behind the kitchen that opens up into a big backyard.

The small room is carpeted and the duo had set up a cute shelf to store some of their children’s toys and books.

The wood flooring and accent furniture matches the downstairs theme of the home.

Their walk-in closet boasts plenty of storage space, and Audrey and Jeremy even squeezed in an office desk and a vanity mirror.

The unique closet even features a small exposed brick fireplace.

The upstairs floor also includes three extra bedrooms, which the two used for their children’s bedrooms and a nursery.

Their backyard includes a modest outdoor patio and a large pile of chopped firewood which kept their indoor fireplaces roaring.

However, the ex LPBW stars will have plenty more firewood to chop as they move onto their new property.

They are the parents of three children: Ember, four; Bode, two; and newborn baby Radley.

The 1979-built two-story farmhouse in Hillsboro, Oregon, was bought for an estimated $1.5million last month.

Inside, the house is a little dated, which should pose no problems to Jeremy, a big fan of home renovations.

It boasts a vast living room with exposed brick and wood paneling.

The former TLC stars can enjoy breathtaking views of the surrounding forest and mountains as they unwind in the evenings.

As well as four bedrooms and another reception room, there is also a games room which is large enough to accommodate a snooker table.

Outside, an expansive patio offers an incredible view of the trestle bridge, where Jeremy and Audrey engaged back in 2015.

In an email newsletter, Jeremy and his wife told their followers about their significant real-estate move.

“After a two-year search spanning all over the state of Oregon, we bought a farm!” they announced.

Jeremy and his wife’s purchase comes after he and his twin brother Zach’s plans to take over the Roloff family farm fell through.

They could not agree with their dad Matt Roloff, 60, who decided to instead put a 16-acre plot of the family’s land up for sale.

According to the Wall Street Journal, the Roloff patriarch is asking for about $4million with the sale of the “original family home and bright red barn.”

However, fans think Zach and his wife Tori, 31, have been a huge mistake with their new home.

On the latest episode, the couple welcomed cameras as they gave his mom Amy, 57, and her new husband Chris Marek a tour of the property, which they moved into last October.

Fans were quick to spot a massive construction zone next to the house, with tons of heavy equipment, a huge pile of dirt, and unkept trees surrounding the area.

As Amy and Chris, the latter who is a realtor, drive up to the home, he said: “First impressions aren’t all that great from a realtor’s standpoint.”

“It’s not an attractive flag lot,” he continued.

The camera pans to more overgrown shrubbery and a random broken down trampoline with a horse standing next to it in the backyard.

Amy jumped in saying, “You’re definitely looking at it from a realtor’s standpoint.”

Although fans on Reddit were critical of the yard, with one saying: “Housing market is crap right now but if I’m dropping a million on a new house I don’t wanna see everyone’s junk right outside my window, let alone what seems to be old abandoned homes.”

Another fan questioned: “Didn’t Zach buy his first house basically on a whim… and it was built on a cliff and the backyard was basically unusable.”