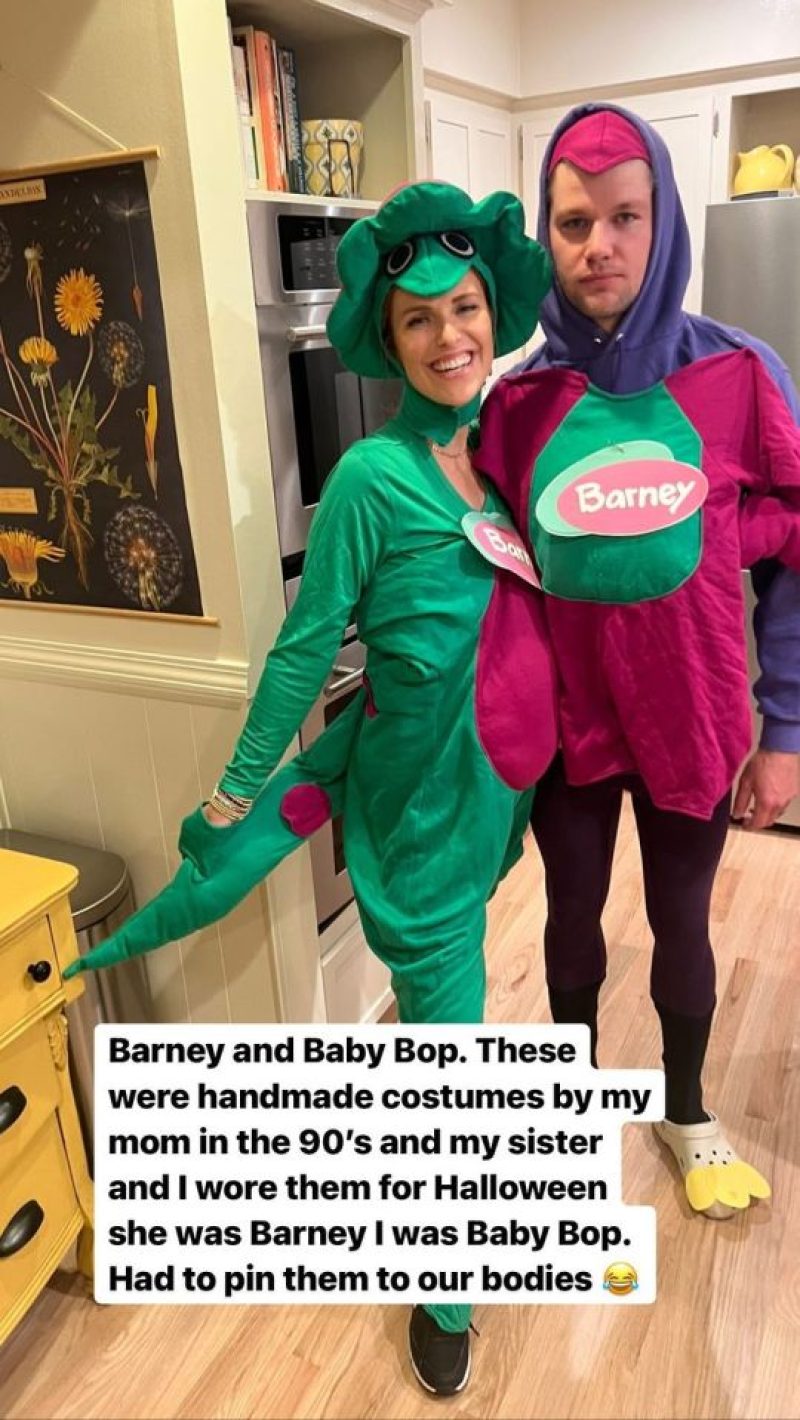 LITTLE People fans are slamming Audrey Roloff after she made her husband Jeremy wear a Barney costume to a 90s party.

Fans claim Jeremy looked “miserable” in photos from the celebration, accusing his wife of constantly making him do what she wants.

On Saturday, Audrey took to her Instagram Stories to share photos and videos from the themed celebration.

She showed herself and her TLC star husband dressed as Barney and Baby Bop.

Audrey captioned the post: “90s theme birthday and pulled these bad boys out of my parents basement.”

In a second slide, she posted a photo of her and her husband posing side-by-side, revealing more sweet details about the costumes.

She wrote: “Barney and Baby Bop. These were handmade costumes by my mom in the 90’s and my sister and I wore them for Halloween

“She was Barney I was Baby Bop.

“Had to pin them to our bodies.”

Fans were quick to note that Jeremy was not smiling in the photos, suggesting on Reddit that he was “miserable.”

One Reddit user wrote: “Jeremy looks absolutely over his life.”

Another speculated: “Wife probably said no sex if you don’t wear it. I’d be fine. Guess I’m sleeping on the couch.”

A third Reddit critic commented: “There is this wonderful word called NO, he should really practice learning it…..wow, this is the most cringe thing I’ve seen in a while.”

Another commenter echoed that sentiment, writing: “He looks miserable.”

Someone else said that they “felt bad for Jer,” while another Reddit user commented: “Serious so cringey how badly they stood out.”

A particularly critical commenter wrote: “Jeremy, if you’re reading this, you really should consider divorce for the sake of your own mental health.”

BLAST FROM THE PAST

After the party, Audrey took her trip down memory lane a step further, sharing photos of her as a child in the costume.

In the photos, Audrey and her sister smiled happily as they posed together.

The sibling duo also took photos with their mother in the costumes, which she designed.

Audrey zoomed in on a particular photo which showed her looking directly into the camera, frowning slightly.

She said on her Instagram Stories: “This one gives me Bodhi Vibes,” referring to her son.

The reality TV star then posted a photo of herself and Jeremy wearing the costumes alongside photos of her in the outfit as a child.

Then she posted a side-by-side of her sister in the Barney costume and Jeremy wearing it years later asking the same question.

She added: “Not sure if Barney drank Coors Light…,” referring to the photo of her husband, who was holding a beer can in the pic.

Audrey’s own children then slipped into the costumes, running around the house chasing one another.

They giggled and made dinosaur sounds as someone said, “Wow, you’re scary.”

She followed the video up with photos of her kids dressed as Barney and Baby Bop.

She captioned the smiling snap: “I cannot.”

InstagramAudrey and Jeremy are no strangers to criticism from fans[/caption]