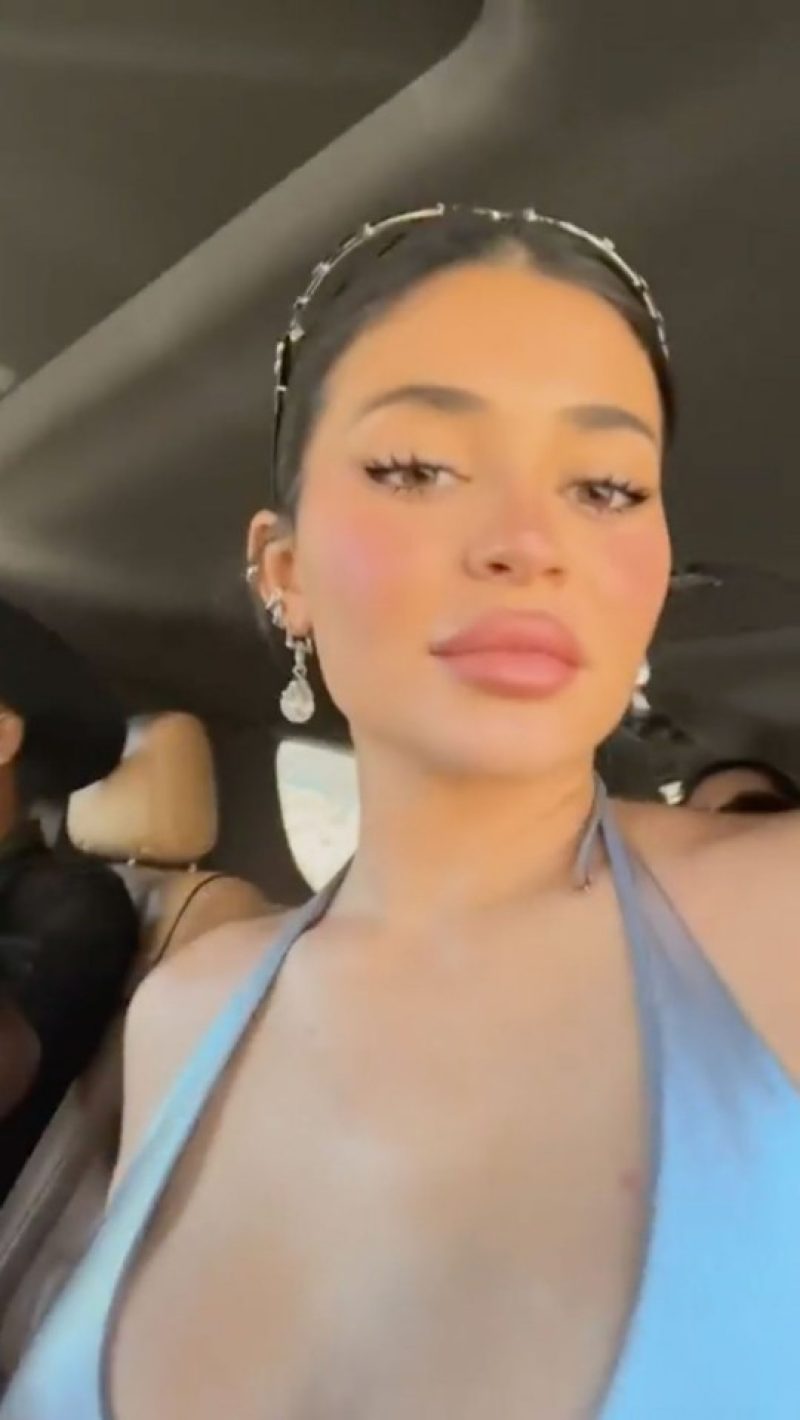 KYLIE Jenner has given fans an inside look at some expensive kicks for her newborn son.

The sneakers are an earthy brown and tan, with orange laces with a price tag of about $150.

The pint-sized kicks, perfect for her baby boy who is currently unnamed, were designed by Kylie’s baby daddy Travis Scott.

Scott has been a collaborator with Nike for the past several years under his Cactus Jack label, designing not only shoes but also clothing for the brand.

His latest Nike sneaker collaborations were supposed to be released in December 2021, but was postponed after the tragedies at his Astroworld music festival that left 8 people dead.

The Keeping Up With the Kardashians alum has been getting accused of flaunting her wealth before.

The 24-year-old took to her Instagram Stories to share a snap of various items from the luxury brand including a small, neon green purse coming in at $2,550.

Kylie also showed off her new quilted leather slippers which have a price tag of $750.

The Hulu star even has a pair of her very own driving gloves which have been personalized with her name on it.

All that came after Kylie shared photos of herself inside of her $207K Lamborghini.

The mom of two is also seen on Instagram posing with a $210K Birkin bag before boarding her $72M private jet.

“Imagine being that rich that can you just drop $200K on a basic looking bag,” one disgusted fan wrote at the time.

“Must be nice to swipe and not worry about your bank account ever again.”

Another person added: “… I can’t even begin to imagine paying thousands for a bag… it’s meaningless. and stupid…”

“Keep flaunting your wealth Kylie – that’s the only thing you know how to do,” one user chimed in.

She also recently flaunted a $5K DIOR stroller for her newborn after buying him a Chrome Hearts stroller said to be worth $10K.

Kylie has also faced backlash for her incredible designer closet.

“This is pretty much where I keep all my purses,” she once in a viral YouTube tour of her $12M mansion with hordes of handbags on display.

She added: “I made a little room in my house and I did this all custom so they all could have a little home and be lit up really pretty.”

The TV star’s daughter Stormi, four, has not been left out of the pricey lifestyle either.

The tot recently went shopping with her billionaire mom at Ulta Beauty.

Stormi – wearing a floral top and adorable pigtails – grasped a basket of Kylie Cosmetics products from inside an Ulta makeup store, as well as a Prada Saffiano mini bag, which costs $2.1K.

“took my angel baby gorgeous goosey girl to see @kylieskin & @kyliecosmetics at @ultabeauty,” Kylie captioned her post. “still such a dream every time i visit. thank you to the entire ulta team always xx.”

Instagram / Kylie JennerStormi wore a $2.1k mini bag while on a shopping spree[/caption]

Kylie posed in front of her $207k LamborghiniInstagram / Kylie Jenner APKylie share a baby boy, who is unnamed, and daughter Stormi[/caption]