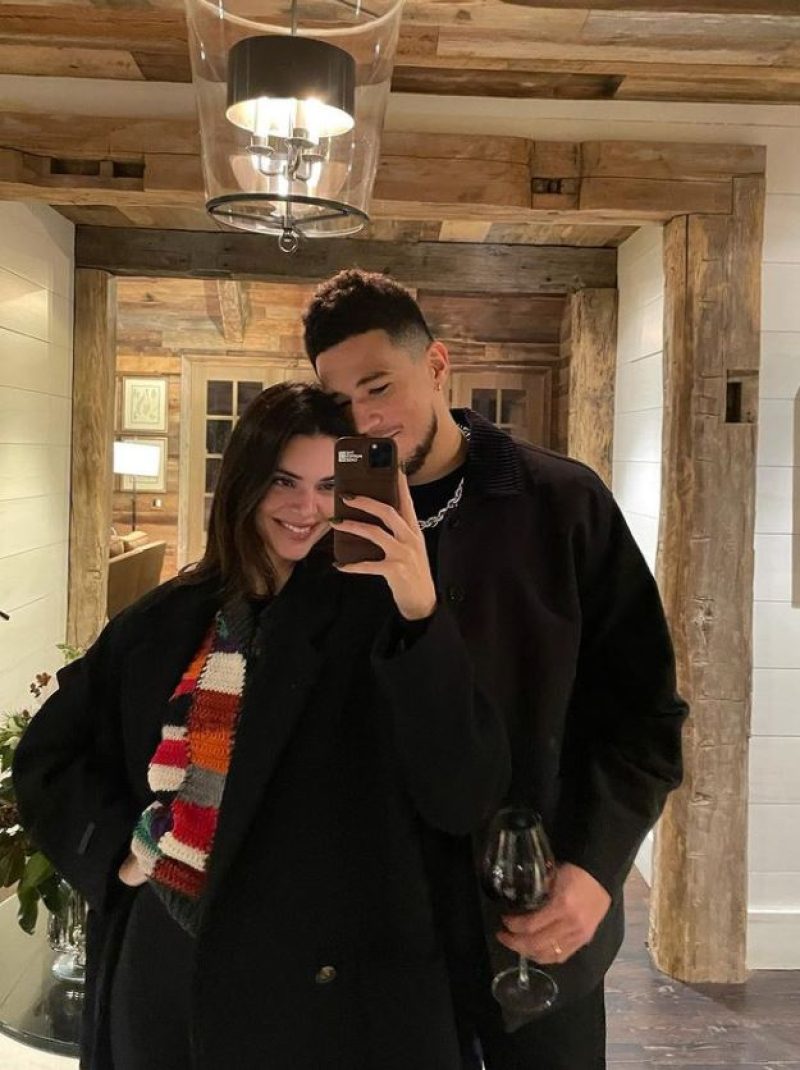 KENDALL Jenner’s fans think she has split from Devin Booker after spotting what appear to be four clues on social media.

They noticed that Devin, 25, had archived or deleted a photo he had posted of the model, 26, on New Year’s Eve.

One fan also claimed the athlete had unliked tweets about Kendall and that his brother had unfollowed her on Instagram.

They wrote on Reddit: “Kendall and Devin might be off… Devin deleted or archived his photo of Kendall from New Years.

“Devin unliked all tweets he had liked about Kendall. Devin’s brother unfollowed Kendall on IG.”

Another fan claimed that Devin’s brother had initially unfollowed Kendall in November, then followed her, before unfollowing again at the weekend.

Additionally, neither Kendall nor Devin posted anything on Instagram about their two-year anniversary on Sunday.

“No posts or stories about each other today on their two-year anniversary is odd,” one fan wrote on Reddit.

However, the model did like his post from three days ago and he liked hers from a week ago.

They are also still following each other on Instagram and were photographed together as recently as Thursday night.

Kendall and Devin have kept their romance largely out of the tabloids.

The duo was friends for years, as they used to go on double dates when dating Ben Simmons and Jordyn Woods respectively.

Rumors began circulating about Devin and Kendall dating when they were spotted outside a rest stop in Sedona, Arizona in early 2020.

Things heated up in the fall of 2020 as the pair began to show more interest in each other and share more romantic dates.

On Valentine’s Day 2021, Kendall took to Instagram to share an adorable photo of the pair, confirming their romance.

A source previously told In Touch that the couple’s chemistry is “off the charts.”

The insider claimed: “They can’t keep their hands off each other. They have a natural rapport that isn’t forced.

“Devin makes her laugh [and] makes her feel safe. They love traveling together, they love eating really bad food, they like the same movies, there are no awkward moments.”

Despite their chemistry and connection, Us Weekly reports the new duo aren’t that “serious” and just having “fun with each other.”

The couple certainly seemed inseparable at their respective birthday parties in October and November.

In a photo shared online, Kendall cheekily cuddled up to Booker and wished the baller a happy birthday on October 30, right after the couple returned from a romantic vacation.

In the snap shared on Instagram, Kendall lay on top of her boyfriend, sticking her tongue out as Devin smiled softly.

The couple was lounging on what looked like lounge poolside chairs.

She posted a second photo of her boyfriend to her story with three simple red hearts.

A week later, it was Kendall’s turn to be fêted, as she celebrated turning 26 on November 3.