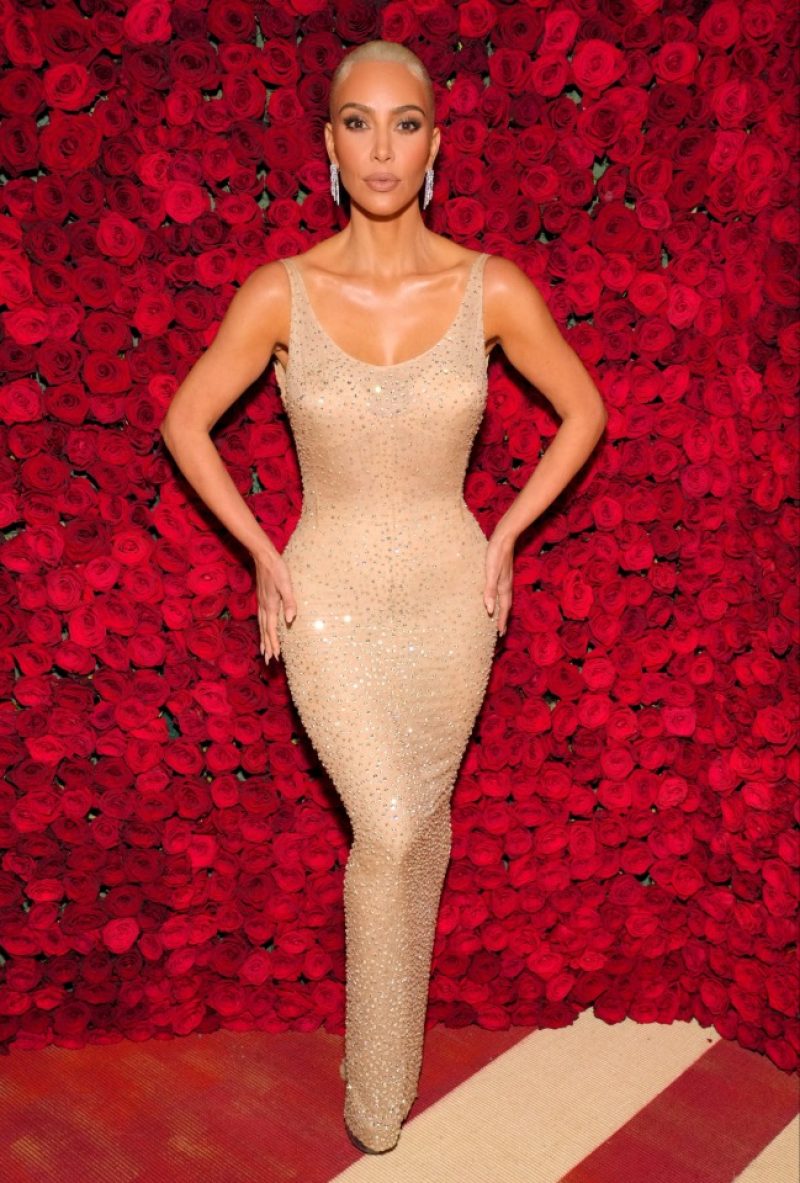 KARDASHIAN fans are divided over photos of Marilyn Monroe’s famous nude dress after Kim wore it to the Met Gala.

The Hulu star was met with a batch of mixed reactions when she attended the famous fashion event alongside boyfriend Pete Davidson, 28.

Before and after photos of the late actress’ dress have made their way to Twitter.

The first snap, before it was worn by the reality star, shows the gown in perfect condition without any damages on it.

However, another photo after Kim, 41, wore it for a couple of hours shows the dress in a totally different condition as it has numerous tears and some crystals appear to be missing.

“Marilyn Monroe’s iconic dress has reportedly been damaged after being worn by Kim Kardashian at the Met Gala,” a tweet by Pop Crave reads.

read more on the kardashians

IS THAT YOU KIM?

“The dress now shows signs of tearing, and several crystals are either missing or hanging off of it.”

Fans rushed to the comments section to react, but not everyone is on the same side.

One person wrote: “Kim should’ve never worn that dress to begin with. I mean yes it’s nice to pay homage to Marilyn but she could’ve had a new dress made and replicated.

“This was a timeless and iconic artifact that’s been ruined.”

Another added: “It’s a piece of history… if she wanted to have photos on a historic and holy place like the Parthenon, we should let her because she is rich? No!”

“Some things shouldn’t be touched!” they concluded.

While others were on team Kim as one chimed in: “It’s a dress, you guys. Get over it.”

“Everyone pretending like they are mad but they didn’t know the dress existed until recently,” one responded.

Another reasoned: “I mean that’s why she shouldn’t have worn it. And it’s not Kim’s fault because they should have never offered her to wear it in the first place.”

Recently, one fan wondered if the dress being worn by Kim has impacted its value.

“Does the dress now decrease its (symbolic, economic) value?” they wrote alongside a post of Kim wearing the it.

One person responded: “It probably depends on who the buyer is (if it is auctioned again).

“But for the general public? Yeah, honestly I’d say it kind of loses a bit of its magic and specialness.”

The dress was designed by Jean Louis and originally cost $12,000 before Ripley’s Believe It Or Not purchased it from Julien’s Auction in November 2016, paying $4.81 million for it.

It was originally worn by Marilyn when she sang Happy Birthday Mr. President to John F. Kennedy in 1962.

Ripley’s pulled out the dress just 10 days before it made its Met Gala debut, and a room full of people used their strength to get Kim into the gown.

According to previous sources, the mom of four ended up wearing the original dress on the Met Gala red carpet but quickly changed into a replica afterward for comfort purposes.

The Keeping Up With the Kardashians alum also revealed the lengths she went to in order to fit into the dress.

The TV personality added: “It was such a challenge. It was like a [movie] role. I was determined to fit [into] it. I haven’t had carbs or sugar in about three weeks.

“We’re having a pizza and doughnut party back at the hotel [after the Met Gala].