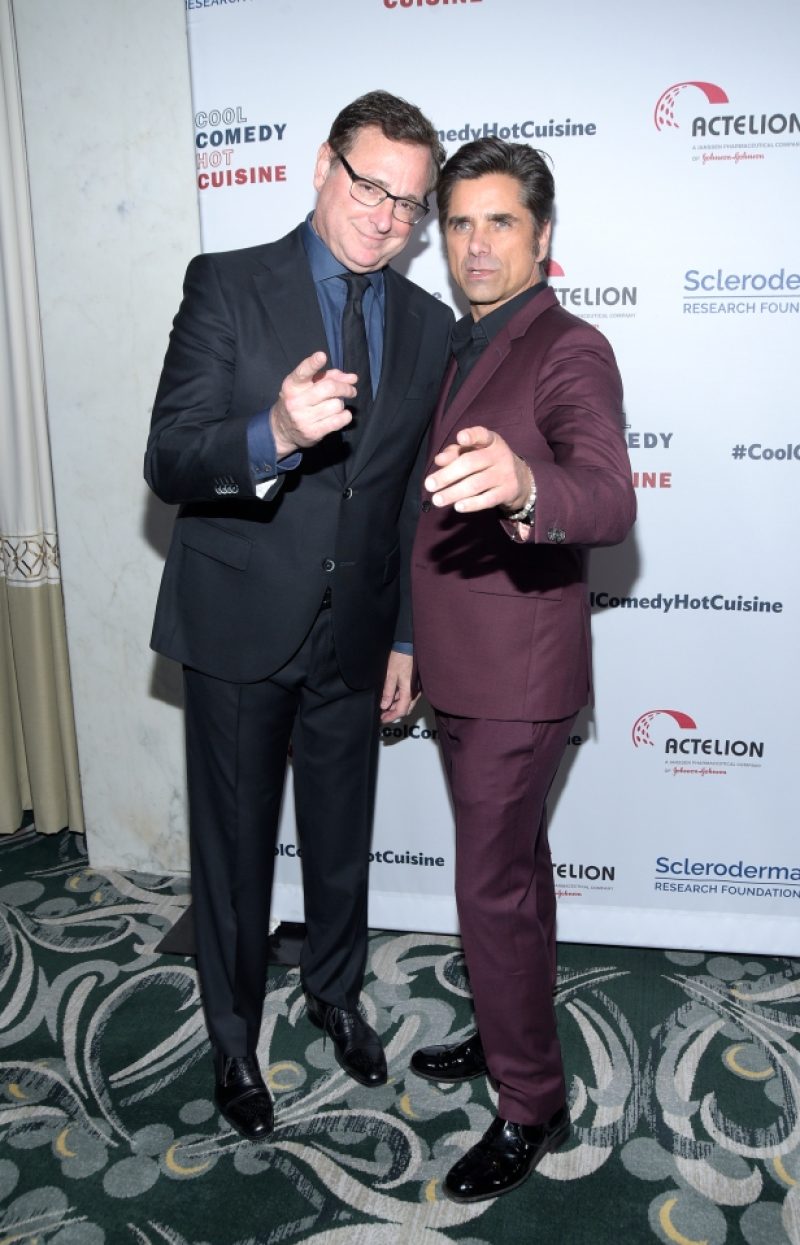 JOHN Stamos called out the Tony Awards for leaving Bob Saget out of the In Memoriam segment.

The lifelong friends famously starred together on Full House and John even recently honored his co-star in the Netflix special Dirty Daddy: The Bob Saget Tribute.

Taking to Twitter, John, 58, shared his disappointment earlier on Sunday.

The TV star tweeted: “Disappointed to hear that @bobsaget will be LEFT OUT of the In Memoriam segment tonight @TheTonyawards.

“Bob was brilliant in The Drowsy Chaperone & Hand to God. Come on @BroadwayLeague and @TheWing!

“Do the right thing! Bob loved Broadway and I know the community loved him.”

The biggest stars who began their careers on soap operas

Later in the evening when the show aired its tribute segment, Bob‘s name was missing as John shared it would be.

However, several big names lost over the year were honored, including William Hurt, Sidney Poitier, and Stephen Sondheim.

Although Bob gained most of his fame from roles like Danny Tanner on Full House and the narrator on How I Met Your Mother, the actor did spend some time on the Great White Way.

In 2006, he was featured in The Drowsy Chaperone, while in 2015 he joined the ensemble of Hand to God.

Sadly, the actor was left out of the Oscars‘ In Memoriam segment as well, just two months following his shocking death.

Fans at the time took to social media to express their frustrations over the omission as some are vying for the awards show to be cancelled.

“How did they forget Bob Saget?,” another tweeted.

“Just heard they forgot to include Bob Saget during the In Memoriam … can’t get anything right smh,” a third remarked.

Bob’s death was first announced in January of 2022, sending shockwaves across the country.

The stand-up comedian was only 65 years old at the time.

An autopsy report sent to The Sun revealed he was infected with Covid-19 at the time of his death, but head trauma led to his passing.

The Orange County Sheriff’s Office told The Sun, “We can confirm that the cause of death was related to internal bleeding from the brain after it appeared Mr. Saget hit his head on something in his hotel room.

“There was a bruise discovered on the back of his neck. No narcotics or alcohol were found in Mr. Saget’s system.

“We believe he did not understand the severity of the internal damage done and fell asleep soon after.”

Netflix’s Dirty Daddy is an all-new comedy special that honors the life of Bob Saget.

The project was initially filmed at the Comedy Store shortly after his death and will feature appearances from Saget’s friends and family.

Among those featured are Saget’s former co-star and long-time friend, John Stamos.

In the trailer, Stamos is featured reading his final text messages with Saget.

“I wanna read my last text from Bob,” he said.

“He said, ‘I love you so much. I will say that God gave me the brother that I wanted.’”

Stamos continued: “I said, ‘Well, you have a lot of god-given brothers, but I’m first, right?’

“And he said, ‘[John] Mayer is an amazing friend, but he’s more fair-weather. You’re always there, so you’re number one.’”

GettyBob Saget Joins The Cast Of ‘Hand To God’ On Broadway on November 6, 2015[/caption]