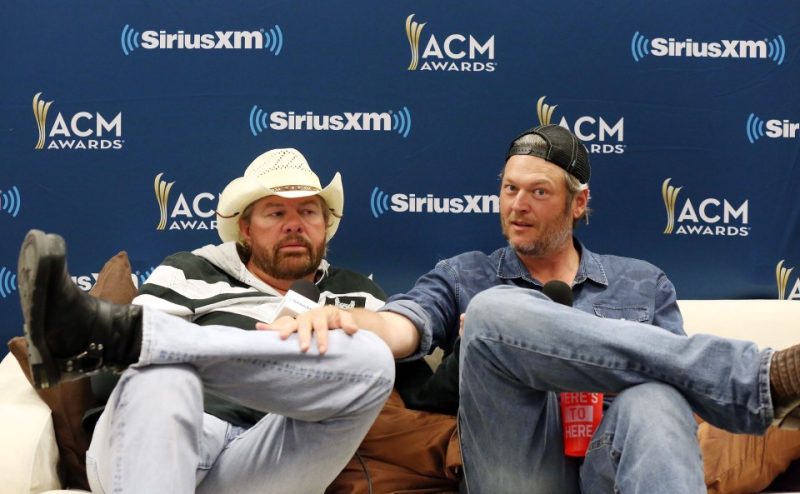 COUNTRY Singer Toby Keith announced on June 12 that he has been diagnosed with stomach cancer and had undergone surgeries, radiation, and chemotherapy.

Now that he came out with his diagnosis, fans suspect his tour will be canceled.

Toby has been keeping busy since his cancer diagnosis.

In a statement the 60-year-old posted to his social media, the country singer told fans what he has been going through.

“Last fall I was diagnosed with stomach cancer. I’ve spent the last six months receiving chemo, radiation, and surgery,” he started out the post.

“So far, so good. I need time to breathe, recover, and relax.”

‘I NEED TIME TO BREATHE’

What we know about Toby Keith’s cancer diagnosis

“I am looking forward to spending this time with my family, but I will see the fans sooner than later. I can’t wait. -T,” he ended the statement.

According to his official website, the country crooner had been scheduled to perform two concerts next week in Illinois and Michigan with more slated for over the summer.

He released his latest album “Peso in my Pocket” last year after taking time out from touring during the pandemic.

It is unclear how severe his case is, but the country singer appears optimistic.

Getty Images – GettyToby Keith performs during the 2016 American Country Countdown Awards at The Forum on May 1, 2016[/caption]

After revealing his diagnosis, many of his upcoming tour dates have been canceled or rescheduled.

The Ohio State Fair confirmed his scheduled concert on July 28 has been canceled and ticket holders will be refunded.

A tweet from them read, “Our hearts go out to Toby Keith as he courageously battles cancer.”

His Country Comes to Town tour was set to kick off this Friday in Illinois.

Although not stated publicly, Toby’s publicist told USA Today that he will not be playing any upcoming shows “for now.”

Many of his friends and fellow country stars took to social media to send him well-wishes including John Rich of Big & Rich and singer Sammy Hagar.

Even before his diagnosis, Toby has been an advocate for cancer research.

In 2006 he started the Toby Keith Foundation in Oklahoma to help kids diagnosed with cancer.

He expanded the foundation in 2014 to include OK Kids Korral, offering pediatric cancer patients and their families a place to stay while being treated.

Just weeks before his own diagnosis, the Toby Keith & Friends Golf Classic raised almost $1.4 million for the pediatric foundation.

GettyToby Keith performs in concert at the Xfinity Center on Aug. 14, 2015[/caption]

Despite not feeling well due to his cancer diagnosis, Toby has remained active and continued to work.

Besides releasing his album last year and continuing to tour after the pandemic set him back, the Red Solo Cup singer accomplished a few other things.

In 2021, he received the National Medal of Arts, which the National Endowment for the Arts describes as “the highest award given to artists and arts patrons by the United States government,” from former President Donald Trump.

Also that year, Toby was inducted into the Nashville Songwriters Hall of Fame.

He was previously inducted into the Songwriters Hall of Fame in 2015.

In April, Toby inducted his friend and former baseball pitcher, Roger Clemens, into the Houston Sports Hall of Fame.

He has mostly been focusing on touring in the last six months and is now stepping back to focus on his health.

Toby doesn’t have to go through his cancer diagnosis alone.

Along with friends, fans, and fellow country singers, he also has the support of his family.

GettyToby Keith, his wife Tricia, and their son arrive for the 34th Annual CMA Awards in 2000[/caption]

STOMACH CANCER: WHAT TO KNOW

Stomach cancer, like most forms of the disease, can be fatal if not treated and detected early.

If the illness has not spread outside the stomach, the five-year survival rate is 70 percent, according to the American Cancer Society.

However, if the disease has spread to surrounding tissues or organs, the five-year survival rate drops to 32 percent.

The early signs of stomach cancer are hard to catch because there are rarely symptoms.

However, according to the ACS, some signs to look out for are weight loss without trying, feeling full after only eating a small amount of food, swelling or fluid build-up in the abdomen, loss of appetite, nausea, and heartburn.

Toby has released 19 studio albums, which have totaled worldwide sales of over 40 million albums.

He is best known for his songs Red Solo Cup, Should’ve Been a Cowboy, and Courtesy of the Red, White, and Blue.