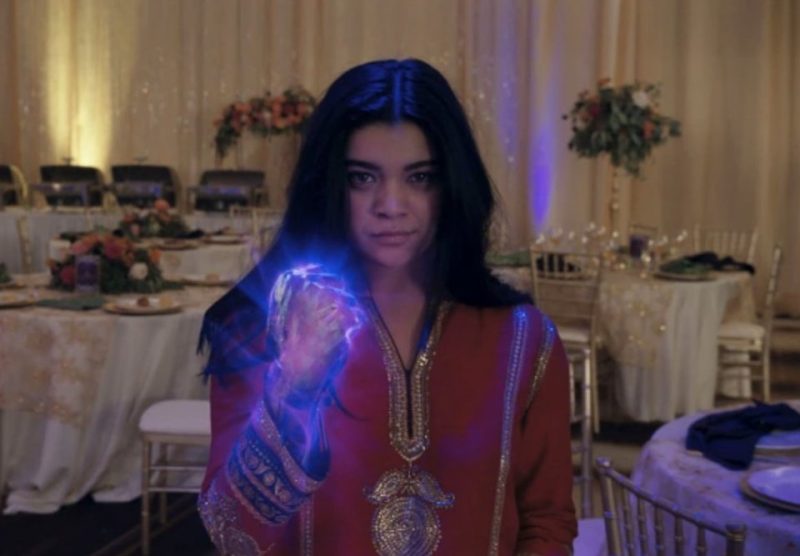 MARVEL Studios’ released the trailer for their new series Ms. Marvel on March 15, 2022.

Iman Vellani is making her debut in Hollywood by starring in the Disney+ and Marvel series Ms. Marvel.

Vellani is a 19-year-old Canadian-born actress who will star in the series as the character Kamala Khan, who eventually becomes Ms. Marvel.

This role is her debut role in the film and TV industry.

How to watch the Marvel movies in chronological order on Disney+

When does Ms. Marvel premiere?

Ms. Marvel will see Vellani take on the role of Kamala Khan who often daydreams about superheroes.

“The future is in her hands. Ms. Marvel, an Original series from Marvel Studios, starts streaming June 8 on @DisneyPlus. #MsMarvel.”

The new actress has over 9,000 followers on Instagram and on December 10, 2020, she posted an image of the Ms. Marvel character.

What are people saying about Iman Vellani?

Many Marvel fans responded to the tweet of the trailer and also commented on Vellani’s debut.

One user wrote: “I loved this #MsMarvel trailer: it’s not just a high school show that would look too close to Spider-Man: it has its own identity with the visual effects and teenage hallucinations, it’s also about a girl, a muslim family and she’s totally a geek!”

While a separate user was surprised that she was getting her own series.

“I didn’t realize she was getting her own series! I knew about the Marvels movie but not this until today. SOOPER excited,” the user wrote.